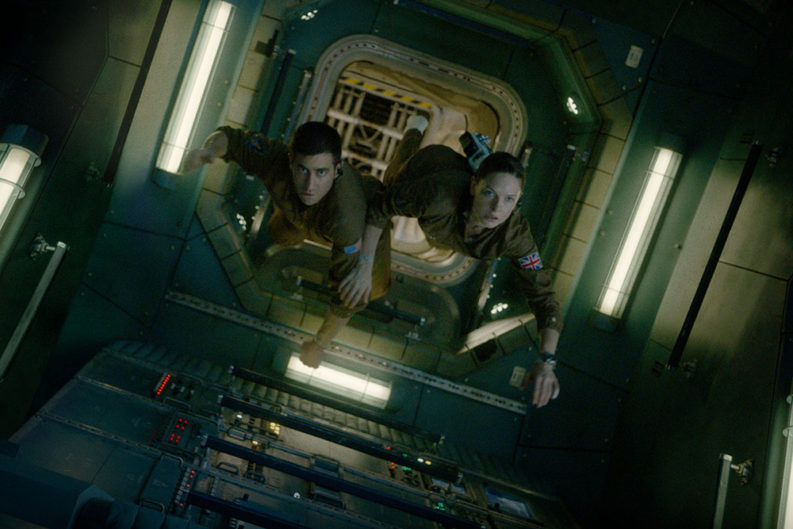 If Life brings only one thing to the sci-fi/horror table, maybe it’s this: Being an overt Alien knockoff isn’t necessarily a bad thing. Daniel Espinosa’s ice-cold space chiller makes no attempt to hide its reverence for Ridley Scott’s classic—in fact, it leans into it so heavily that the similarities occasionally become savvy creative choices. Life is familiar to a fault, but it’s also a well-crafted, visually ambitious B-movie that gets a lift from great performances and a brazen dose of dead-eyed bleakness. I can think of far worse ways to spend an afternoon.

Being one of the six astronauts on Life’s version of the International Space Station would definitely qualify. All six are introduced in a dizzying (and digitally augmented) tracking shot that imagines the ISS as something more akin to an Egyptian tomb than a $200 billion science facility. Disorienting and claustrophobic, its shadows are already ominous before the crew picks up a vessel containing coveted Martian soil samples—and, to their initial delight, a Martian. At first it’s just a dormant, single-celled organism, but through the judicious application of horror conventions (really—the crew cracks jokes about monster movies as they squirt the amoeba-like critter full of growth medium and zap it with electricity), the mission biologist, Derry (Ariyon Bakare), manages to revive it. The creature, dubbed “Calvin” by the school children who win a Martian-naming raffle back on Earth, is cute at first, until it objects to Derry’s attempts to interact with it and demonstrates its capabilities in cringe-inducing fashion. One horrific death later, Calvin—now an oozy, skin-crawling cross between an orchid and an octopus—is on the loose, and the astronauts begin to realize that they’re singularly unprepared to deal with him.

Life’s most obvious strength is its cast, which includes Jake Gyllenhaal as a pilot who prefers the vacuum of space to the earthly horrors of war, Rebecca Ferguson as a quick-thinking CDC officer, and Ryan Reynolds as a mouthy mechanic. Thanks to a lengthy, deliberately paced first act and a script that takes itself seriously, we get to know them a bit before bad things start happening, so there’s an emotional heft to the film that keeps it engaging even when the third act devolves into muddled chaos.

Life also deserves kudos for belaboring a seldom-made point about horror films: Bad decision-making on the part of the characters is not necessarily a result of lazy writing. Even the smartest people make bad choices in moments of desperation, and just being human puts Life’s astronauts at a severe disadvantage to Calvin. Time and again, they’re undermined by the very qualities that got them to the ISS in the first place. They’re intelligent, highly trained people trying to think their way through impossible situations, while Calvin operates on nothing but instinct and a will to survive. Even with the most sophisticated technology ever conceived by humans literally at their fingertips, sometimes they simply can’t push buttons fast enough to keep their attacker at bay.

Life also works as a timely counterpoint to the recent trend toward hopeful, upbeat sci-fi. Movies don’t exist in vacuums, and good science fiction, maybe more than any other genre, can feel like a dialogue—not just with viewers, but also with current events and pop culture. Life is the flip side of the shining sci-fi coin, and it is utterly, go-for-broke bleak. Sure, it’s an Alien clone. But it’s an Alien clone framed as a direct response to films like Gravity, Interstellar, and The Martian. There’s no comfort in companionship, no salvation in spirituality. In Life, death is slow, lonely, and inevitable. Hey, maybe alien races hold the keys to life-saving technology and personal redemption. Or maybe the entire universe just wants to eat us from the inside out.

Ultimately, Life will probably be a victim of its own timeliness. It’s a movie to see right now, in the context of the trend that probably launched it into production and the headlines that make its nihilism feel justified. I can’t imagine we’ll be talking about it this time next year (or this time next month, for that matter), but it’s a mean little monster movie that, at least for the moment, checks a lot of the right boxes.