Beating the Odds: The Gambling Nature of Old-School Journalists - The Knoxville Mercury 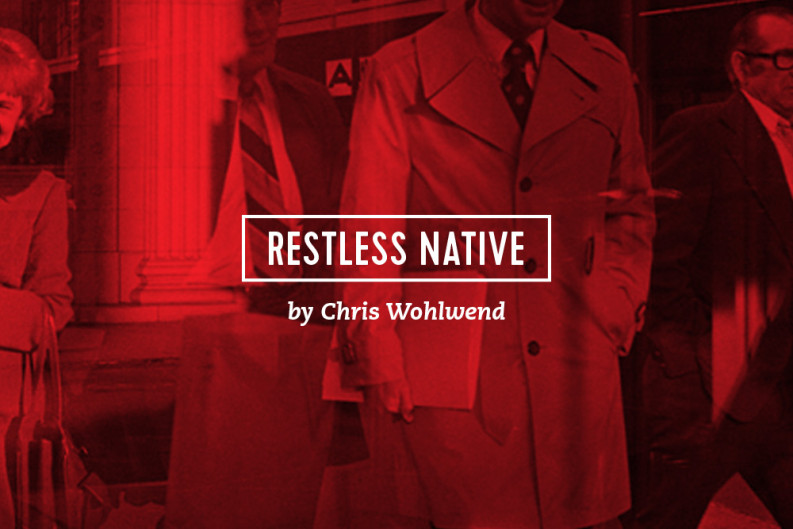 Soon after I started work at the Knoxville Journal, I was introduced to a game called Far-Away. It was simple, easily played during work, and involved absolutely no skill. The cost was $2, plus the price of a 6.5-ounce bottle of Coca-Cola from the vending machine in the composing room. The Cokes, as I recall, were a quarter.

The re-fillable glass bottles had the name of the city where they were initially filled embossed on the bottom. Newer bottles did not have the city’s name—they were blank.

The object was to get the bottle that was from farthest away. A Knoxville bottle was a sure loser; Del Rio, Texas, a strong contender. If a new player insisted that the game was pure gamble without any redeeming value, a veteran would point out that players were getting an education in geography. Arguments would lead to the large U.S. map on the wall of the newsroom and a tape measure kept solely for such disputes.

Del Rio was almost always a winner, beating Bay City, Mich. by a few miles. Douglas, Ariz. was only beatable by the rare Los Angeles, or by a blank, which was an automatic winner.

Far-Away was not the only gambling in the workplace. During football season, parlay sheets were common. And there was always a punch-board or two being run by printers. Usually the payoff was a bottle of whiskey, but occasionally hunting rifles or shotguns were the prizes. I won a deer rifle once, fired it a few times to see how it worked, than ran it off myself.

Other firearms figured into an episode involving a more serious gambler, an occasional late-night visitor to the newsroom. He was known by a nickname and frequented Comer’s poolroom. He also ran his own betting book. I’ll call him Slim here.

Slim was a loud-mouth, cocksure that he knew everything concerning sports and odds and handicapping. He could be a problem, especially when he had been drinking, and that frequently led to his being thrown out of Comer’s. When that happened, he would sometimes wander into the Journal, where the Associated Press wire machine would be clattering with the latest scores.

After leaving work at 2 a.m., a friend and I had stopped at the Krystal on the Strip. Fred was working night police and I was the late-news editor and we wanted an early breakfast. We sat down at the front-window counter so as not to miss anything interesting along Cumberland Avenue. After a couple of bites of egg, I saw an ominous reflection in the glass. Slim was coming in the door behind us. He was wearing a trench coat.

I nudged my companion; we didn’t turn around, hoping he wouldn’t notice us. Unfortunately, he did. After getting a cup of coffee, Slim came over to tell us how well he was doing with his book, how nobody could best him when it came to sports betting, how nobody at Comer’s knew anything. He was obviously drunk.

Then a police car pulled into the parking lot, its occupant exiting to get his own cup of coffee. Slim took no notice, continuing to loudly regale us with his boasting. Finally, as the cop approached the door, I warned Slim to cool it, that a policeman was coming in. Without turning around, he pulled two revolvers from his trench-coat pockets, one in each hand.

“I’m not scared of him,” he announced.

As Fred and I quickly moved away, Slim laughed and put the guns back in their pockets. By then, we were going out the door, headed to my car, keeping an eye on Slim. When I pulled onto Cumberland, he was coming out the door, too, nonchalantly headed to his car.

“The cop never even noticed him,” Fred said. “I guess the odds were with Slim tonight.”

In retrospect, the odds were with us, too.