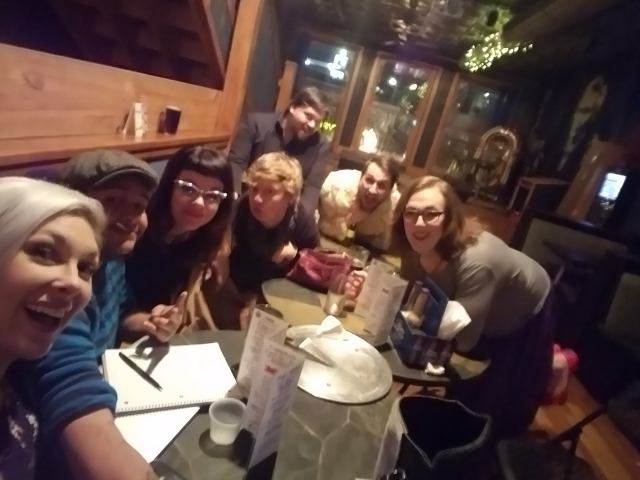 Although the Supreme Court belatedly decided not to hear the potentially landmark case of Gavin Grimm v. Gloucester County School Board, the transgender support and awareness groups in the Knoxville area are proceeding along with a rally to “Gather for Gavin” on Monday, March 27.

Co-hosted by GLSEN Tennessee, the Tennessee Equality Project, and the recently formed, Knoxville-based Trans Empowerment Project, locals will rally at the center of Market Square at 6:30 p.m. to “support the rights of all trans and gender nonconforming students to be protected equally and fairly,” say the groups.

Grimm is a Gloucester, Va. high school student and plaintiff in the major trans rights case the Supreme Court was scheduled to hear this term, on March 28.

Grimm sued his school board for barring him from the restroom used by boys at school. On originally agreeing to hear the case, SCOTUS was to determine whether gender identity and expression is protected under Title IX of the Education Amendments Act of 1972. It states: “No person in the United States shall, on the basis of sex, be excluded from participation in, be denied the benefits of, or be subjected to discrimination under any education program or activity receiving Federal financial assistance.”

The Supreme Court punted the guidelines back to the 4th District Court of Appeals after the Trump Education and Justice Departments’ announcement March 6 that they will no longer enforce Obama-era guidance on protections for transgender students under Title IX.

This leaves transgender students the nation over in suspense, and in need of support from allies in Knoxville, says East Tennessee GLSEN chapter leader Roddy Biggs.

“The event is of great importance to show love and support for Gavin and the fight for trans equality in schools!” Biggs says. “We hope to send a strong message to school administrators and the legislature that we will keep coming out to fight for and support our trans youth.”

Closer to home, Tennessee HB888 and SB771 floundered in recent days. As introduced, the bills require “students in public schools and public institutions of higher education to use restrooms and locker rooms that are assigned to persons of the same sex as that shown on the students’ birth certificates.” HB888 failed in the Senate Education Committee on March 22.

In Knox County, both the federal ruling and HB888 and SB771 could strongly affect educators’ approach to transgender student rights, since at the moment “Knox County does not have an explicit policy regarding transgender students use of school restrooms,” says KCS spokesperson Carly Harrington.

But neither the lack of specific state legislation or the postponed national ruling in Gavin Grimm’s case erases the need for explicit and continued support for transgender people in the area, says Jack Knoxville, president of Trans Empowerment.

He says he is “frustrated to say the least that the Supreme Court knocked back Gavin’s case the way they did. Transgender people are individuals and we deserve some rights. We’re people. That’s all that matters.”