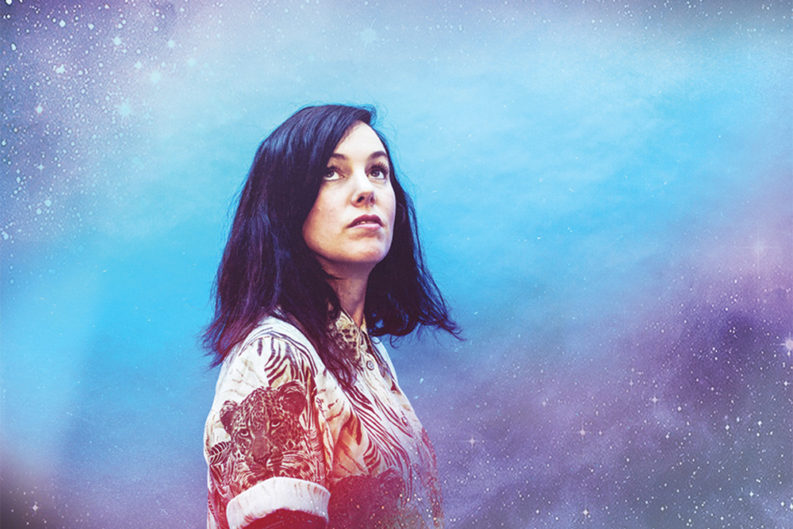 I wait for this weekend pretty much all year—very patiently, if I do say so myself—so my first stop was the very first thing on the schedule: Jonathan Demme’s Swimming to Cambodia at the Tennessee Theatre. I’ve only ever known Spalding Gray by reputation, so what a treat to have this opportunity to acquaint myself; his impeccably tight monologue (and Demme and co.’s inspired sound/lighting design) didn’t disappoint. Also, after years of almost exclusively seeing digital projection, it’s oddly nice to seeing a battered 35mm print (not bad, but not good either) projected, especially for a film where image/sound fidelity aren’t going to sink the experience.

From there to the soft opening of Magnolia Records (A+ shop, welcome to the world) and then to the Mill and Mine for the opening ceremony, where our Mayor made Captain Beefheart jokes while I ate passable poutine from the lovely, if wedding-reception-y, Goose Island Patio Thing.

Then over to the Standard for Ahleuchatistas, who I’ve been seeing for well more than a decade now and who never stop evolving. The skronk is still there, but they’ve taken it somewhere that plays like Battles with more breathing room and a cheek with less tongue in it. (Guitarist Shane Parish will play a much different and much-recommended acoustic set Friday.)

Dave Harrington Group were a little sleepier than I expected (a lot of people seemed to deride the “jammy” vibe, though that didn’t scan for my brief exposure) so I posted up for a bit and evangelized about how the Anna Meredith set was the next place to be.

And was it ever! I can hang with the stodgy stuff but art music leavened by real pop is the bullseye, and Meredith’s work, lively and ever so slightly ramshackle on stage, despite the virtuosity, more or less exemplifies that. No “Dowager”, though. Sad!

And then, despite hearing some gorgeous stuff at their sound check that afternoon, I skip Blonde Redhead + ACME for Stop Making Sense. No regrets; the film print shared none of Swimming to Cambodia’s shortcomings, and there just isn’t a better concert film, and there may never be. At first the small crowd at the Tennessee was kind of a drag, but by “Burning Down the House” people were unabashedly nodding and tapping feet, and eventually they were applauding between songs.

CONUNDRUMS: Do I drop Wu Fei or Jóhann Jóhannsson to see Robyn Hitchcock? And do I take advantage of Tortoise being pushed back by peeking in on Wilco or going to Bar Marley for Sprocket Gobbler?