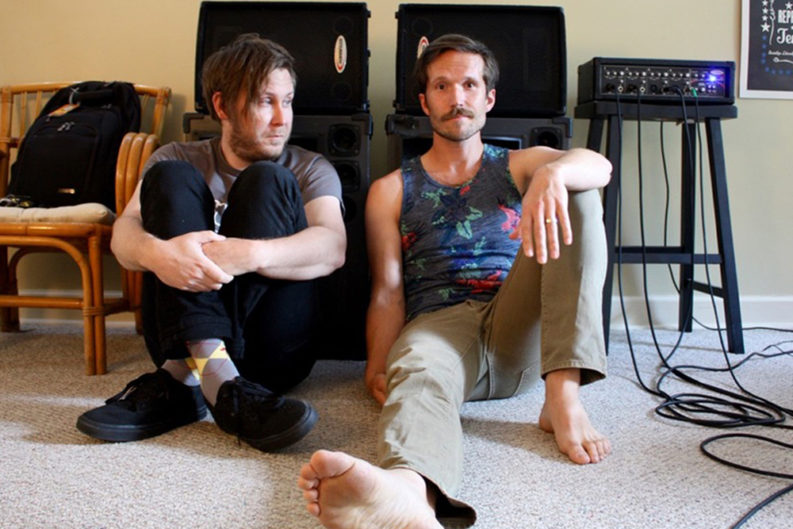 Peak Physique hit the ground running, at least as far as local music acts go. Within weeks of unveiling the project last summer, the alt R&B duo of Wil Wright and Matt Honkonen had already released a debut EP and embarked on a short Midwestern tour in support of it—a pace Honkonen says is the byproduct of a collaboration that was meant to be.

“I think our strengths complement each other,” Honkonen says of finally teaming up with Wright after years of friendship and mutual admiration. “And it’s made for a pretty effortless pairing.”

But downplaying the effort seems off the mark for a group whose name practically sweats on its own. Peak Physique’s polished live act suggests that Wright and Honkonen value hard work as much as inspiration. So it was no particular shock when they announced that their first full-length, A Couple, is already in the can for release next month on Knoxville’s Gezellig Records.

“The EP was as much an introduction to Peak Physique for us as it was our audience,” Wright says. “Now our creative chemistry and production scale have kind of hulked out.”

Though Peak Physique has been pegged as something of a supergroup, fans of Wright’s Senryu or Honkonen’s Llama Train are sure to find the duo’s collaboration a far cry from those groups’ inviting alt-rock; if anything, A Couple’s woozy, processed tunes recall the carnal slow jams of Wright’s defunct wizard-rap crew Lil Iffy. But that project’s cheekiness is replaced here by the vulnerability common to the two songwriters’ most personal output, and it’s that intimate vibe that really sells the record’s songs of lust and devotion.

If that sounds appealing, the coming weeks are an ideal time to find out for sure: A Couple hits the Web (and limited physical release) on April 7, just in time for Peak Physique’s sets throughout that weekend’s Rhythm N’ Blooms Festival.