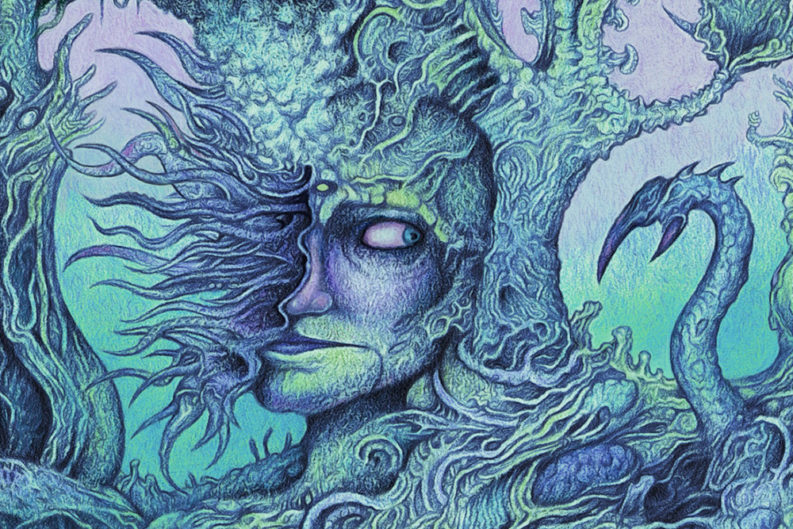 More than 11 minutes into “Emergence,” the monster title track from White Stag’s debut album, the prog-metal quartet breaks the spell of a brooding acoustic guitar atmosphere, introducing a carnivalesque accordion, soprano sax, and shuffled drum groove. Taken on its own, it’s a jolting sonic twist, but in this context, it follows a dementedly perfect logic: The Knoxville band exists for the thrill of flipping a song on its head, and with Emergence, they reach a new peak of dynamism.

White Stag showcased a similar “anything goes” prog approach on their two warm-up EPs, 2014’s King of the Forest and last year’s Eos Crux, mingling tech/death metal bellows with jazz-fusion grooves, pastoral flutes, post-rock textures, and drone. Emergence is equally packed with twists and turns, but the band more nimbly maneuvers through them.

“Emergence” is the obvious spaghetti-on-the-wall highlight, filled with barbaric shrieks, stereo-panned wah-wah, piano waltzes, woodwind flourishes, and agile forays into jazz. But the fine stitching feels tighter than before as the band patiently weaves together the sections across 16 minutes.

White Stag also casts a wider net than before, digging even deeper into prog history for inspiration. Where the early EPs drew heavily from modern prog-metal giants like Opeth and Tool, the new album alludes to the dissonant funkiness of Gentle Giant (“Inhabitant Master”) and Ian Anderson’s darkest jazz flute-playing from Jethro Tull’s A Passion Play.

But the biggest revelation is the warm, professional-sounding production, marking White Stag’s graduation from emerging local band to emerging local band hellbent on a full-time music career. If the next-level evolution of Emergence is any indication, they’re headed there.