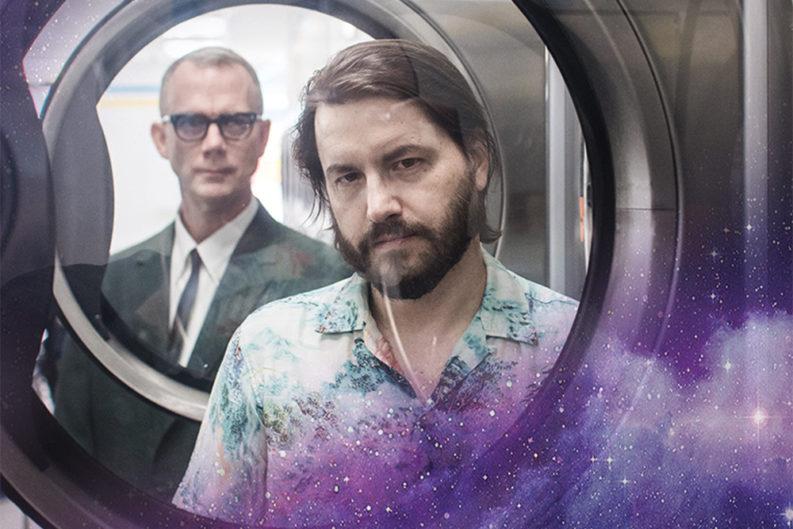 The music on Matmos’ latest album, Ultimate Care II, is made up entirely of sounds from a washing machine. The duo of Drew Daniel and Martin Schmidt have also constructed recordings from samples of medical procedures, bodily fluids, parapsychological experiments, and a cow uterus. On paper, this kind of thing may seem overly conceptual, but Matmos mixes these elements with pop and dance music that makes their albums surprisingly accessible and engaging. They’re the perfect pair to do a rendition of Robert Ashley’s Private Parts.

Private Parts was a striking record upon its release in 1978, and it continues to beguile first-time listeners. Over two side-long tracks, “The Park” and “The Backyard,” Ashley delivers an ambiguous narrative in a calm, quiet voice, backed by the minimal instrumentation of tinkling piano, synthesizer, and tabla. A third act, “The Bar,” appeared two years later, and Ashley eventually expanded the work into his groundbreaking seven-part opera Perfect Lives.

“My favorite thing about it is how confoundingly undefinable it is,” Schmidt says during a break from preparing a wedding reception—he and Daniel had gotten married the day before. “The first time I heard it, in my early 20s, I just didn’t understand it. It’s not pop, it’s not high avant-garde composition, it’s not poetry or spoken word. We fell in love with phrases from it and went around repeating them to each other for years.”

Schmidt and Daniel were such fans of the record they began performing a version of “The Backyard” 15 years ago. Wishing to modernize it and put their own stamp on it, Matmos incorporated an Indian drum machine designed to assist in sitar practice. They added a slide guitar and modified kora, with Schmidt handling the recitation. He says he discovers new aspects and double meanings each time he performs the work. One significant revelation occurred when members of the original production attended a New York performance.

“His wife, Mimi Johnson, was there, and I saw her crying,” Schmidt says. “I thought, ‘Wow, I must really be doing a good job,’ but then it hit me like a ton of bricks that he wrote this for her, that it was a paean to her. It was a magical moment for me.”

One of the duo’s delights in performing Private Parts is turning audiences on to Ashley’s work. As Schmidt noted, it’s a work that’s difficult to define, but he’s found that younger people especially are receptive to it.

“More than a little bit of my motivation for doing this is exposing it to people,” he says. “I’m a generation before the Internet, where to find out about things it was required for someone to tell you. Ashley never got famous in the way that someone like Steve Reich did, he’s not as programmable as a Reich or a Philip Glass because his thing was so slippery and difficult. So I’m happy to perform this for people who might not have heard him. We played the Unsound festival in Poland and all these English kids there came up to me and said, ‘We were up all night listening to Robert Ashley, and we love it! Thank you for introducing us to him!’”