The Village Mercantile: An Independent Grocery That Sells Affordable Food to Lower-Income Shoppers - The Knoxville Mercury 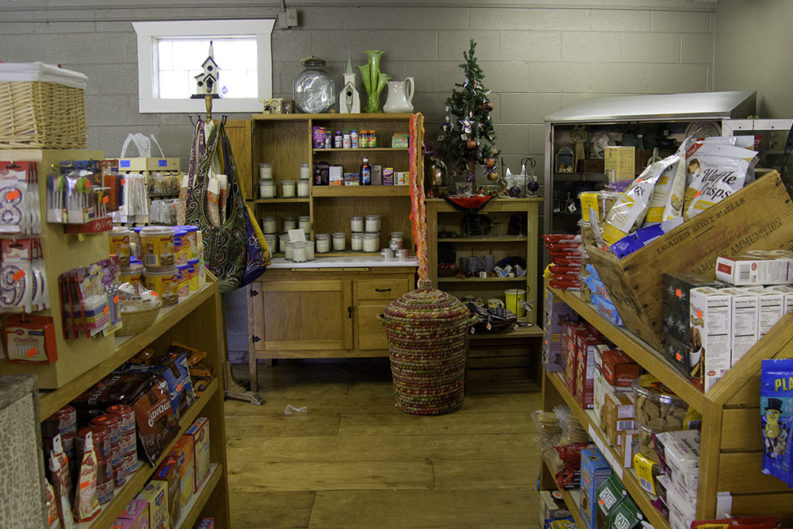 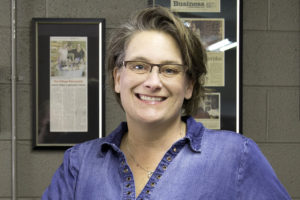 Entrepreneurship runs in Monica Lauber’s blood—her mother’s maiden name was “Mast,” and her great-uncle Will developed the first Mast General Store in Valle Crucis, N.C. But alongside that talent for building businesses comes a heart for helping those in need, and a desire to foster community bonds.

Lauber owns The Village Mercantile, which provides quality non-perishable groceries to an older, lower-income clientele, most of whom are pedestrians. Her store operates on the same model as United Grocery Outlet, Big Lots, and Bargain Hunt, offering merchandise that, for a variety of reasons, has been removed from the inventory of primary retailers.

Having won second place in First Tennessee Bank’s statewide 2016 “Best of the Best in Customer Service” contest, The Village Mercantile will celebrate its first anniversary in its current location this May. Lauber and her staff, which includes her wife, Amy Perkins, are known for their generosity and their willingness to offer aid wherever it’s needed, one person at a time.

Your first store, Furniture Traders in Fountain City, was very different from The Village Mercantile. How did that start?
I wanted people to have access to quality items. You know, there’s a time in your life when you need good furniture but you can’t afford it, and you don’t want to screw stuff together anymore. That’s how that started. It was to meet the needs of a community with a lot of seniors who were downsizing and a lot of young families coming up who needed to start housekeeping, and how do you connect them? I was trying to connect them.

You started The Village Mercantile in that same space. When and how did the change come about?
In 2011-2012. I noticed a decline in sales—more people wanted to sell than buy. It was skewed. And if people aren’t buying then I’m not eating.

I realized that most people were having to choose between prescriptions, gas, and groceries. I knew I wasn’t going to go to pharmacy school or open a convenience store, so groceries it was.

Why did you choose to concentrate on salvaged, lower-priced goods?
I have a degree in family and consumer science, and I’ve studied food safety. I understand product dating. Food waste in our country is excessive—about 80 billion pounds wasted in a calendar year. I already had the space, I already had the storefront. And so we sent everything to auction that wasn’t dear in some way and started over.

It really morphed out of my own need, and the need to feed my family.

It wasn’t just a business decision, right? You went through a very rough time yourself.
I hit a time in my life when I was in a food pantry line. I thought, “Wow, is this really where I am?”

You know, sometimes need doesn’t look like need. I rolled up in a minivan that was paid for. I wore nice clothing; I was clean and bathed. No one in my home was hungry. But we had sincere needs; namely, I needed to cook dinner. So I got to the end of the line and I got the same amount of groceries for me, four kids, and my dad—six people in the house—that the single man in front of me received. And I didn’t have a meal in my hands. I had parts of a meal: I had some condiments; I had spaghetti but no sauce; I didn’t have any meat or any kind of protein source. So I went home and found all the change in the house—nickels and dimes—and I went and bought the components that I needed.

It was just to get through that day. I think I was expecting money the next day—it was a stopgap. That was the day I realized I needed an additional resource, and if I couldn’t find it, neither could anyone else. That was the turning point.

In 2016 you bought your own building near the rent-assisted Broadway Towers. How are you tied to the community?
A great percentage of people in 37917 are on foot, and there are a lot of multi-generational households. Some are without transportation by choice and some are without it because they can’t afford it. And what that looks like is: not a lot of food choices. It’s not considered a food desert like some areas are, but it’s pretty darn close. And you’re talking about being on foot or where the bus can take you if you can afford a bus pass—some people can’t. So this is just one more alternative.

We also serve small groups in our community room—we rent it for $15 an hour. We’ve had board meetings, classes, vendor events, document signings. And the Little Free Library. People give us books and we give them away. I started thinking about the seniors and the fact that they need large print books, so we put this shelf in here and it is only large print, bought with money we won from the contest. I bought a truck with it, too, but I can’t afford the insurance yet, so I’m not driving it!

We have a farm stand on Saturdays during the growing season. So far we have one farmer—he grows all manner of vegetables and has bees, so he brings honey too. We’ve had people drive by and stop. It’s not just for the pedestrians, but it’s giving them a choice—one more option for some locally-grown resources. We’d like to expand that.

People help each other out; sometimes customers will leave their change for someone else. Sometimes a kid will come in and I’ll let him stock shelves or clean gutters and pay him in groceries. Because of my own experience, I’ve learned to listen to need.

• The Village Mercantile sells affordable, non-perishable groceries to a lower-income clientele that’s often without transportation.
• It rents out a community room at $15 an hour.
• It offers a Little Free Library that includes large-print books for its senior community.