Refugees Helped Create Knoxville As We Know It - The Knoxville Mercury 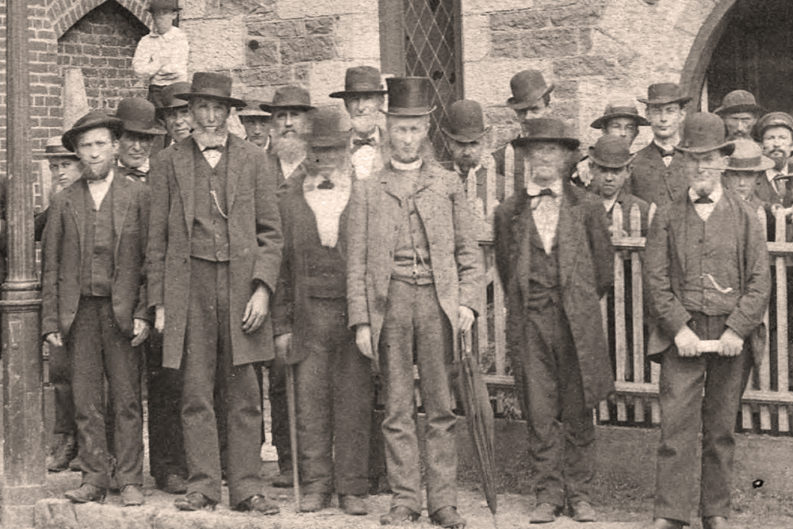 Immigrants fleeing difficult or dangerous circumstances in their home countries have always been part of Knoxville’s history. A few Irish political exiles settled here in the 1790s. Right about 170 years ago, Knoxville began receiving hundreds of refugees. Many of them spoke other languages. Many professed unfamiliar faiths.

Swiss immigrants began arriving in the late 1840s. Some Swiss families, members of a protestant fundamentalist group called the Open Brethren, sought more religious liberty than they had at home. Some spoke German; others spoke French. Several of them disapproved of Knoxville’s morals as they found them, and some preferred to remain apart, thriving in separate communities. Most learned English, but some did not.

Meanwhile, another different ethnic group was fleeing political instability at home. In Germany in the 1840s, popular efforts to promote democratic reforms resulted in fierce crackdowns by the ruling aristocracies. In many cases living conditions were worse after the revolutions than they had been before. In that way the German revolutions were comparable to the recent Arab Spring revolts in the Middle East. The Germans who arrived in Knoxville were mostly Catholic, Lutheran, or Jewish. Knoxville’s first Lutheran church (First Lutheran, which began as a German-language church) and first Jewish synagogue (Temple Beth El) were both founded in response to that wave of German immigration that included many refugees.

After a period of adjustment, they blended in. Successful baker and entrepreneur Peter Kern, who arrived in America as a refugee, was elected mayor of Knoxville in 1890.

The largest wave of refugees were the Irish. Hundreds of thousands died in Ireland during the Great Famine, and about one million came to America. Many stayed in the large eastern cities. But thousands came inland to find work with the new railroads. Knoxville’s first railroads, the East Tennessee and Georgia and the East Tennessee and Virginia, were under construction just as Irish were arriving. It was difficult, dangerous work, laying steel rails through mountains and across rivers, and Irish took these jobs other Americans avoided. Hundreds of Irish settled in Knoxville and stayed even as the railroad projects were completed. East Tennessee’s first Catholic church, Immaculate Conception, was founded in 1855 to serve the immigrant population, made up mostly of refugees. For decades they maintained a separate community, on the north side of downtown, called Irish Town.

St. Patrick’s Day was first celebrated in Knoxville in the 1850s by a population consisting mainly of Irish refugees.

Some immigrants were discriminated against in Knoxville, especially in the 1850s, when a political faction known as the American Party distrusted and opposed immigration and foreign ideologies like Catholicism. That party didn’t last long.

Immigrants fought on both sides of the Civil War. After that war, discrimination against Catholics was less obvious than it had been before. Christmas, celebrated much more by immigrants than it had been by American protestants, became broadly popular for the first time. By the 1870s, Knoxvillians were participating in ethnic festivals like St. Patrick’s Day. In 1888, the same year immigrant Patrick Sullivan built his famous saloon at the corner of Jackson and Central, Knoxville elected an Irish- Catholic mayor, Martin Condon.

Since then, Knoxville has accommodated refugees from dozens of other nations, but never in larger numbers, proportionally, than in the 1840s and 1850s.

Featured Photo: Parishioners pose in front of the original Immaculate Conception Catholic Church, established in the 1850s just as hundreds of Irish refugees of the Great Famine arrived in Knoxville. This photo is from 1886, but appears to include some of the original immigrants. Courtesy of Calvin M. McClung Historical Collection.