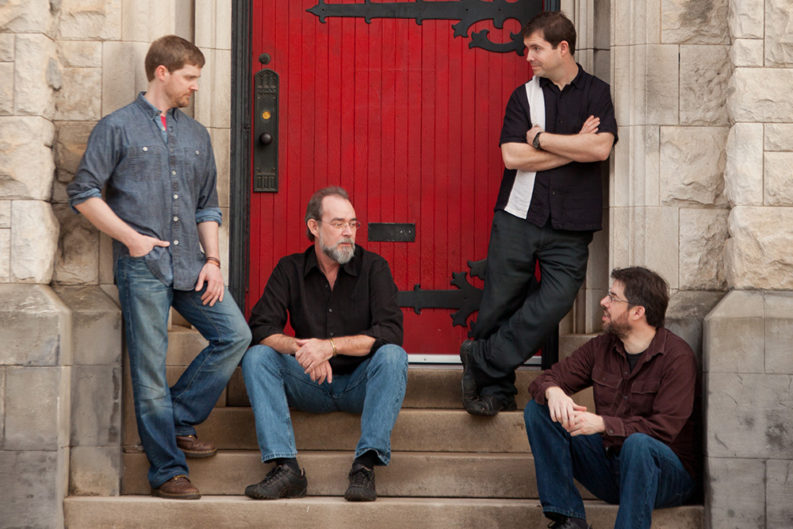 “In the Irish music world, everybody’s a plebeian,” says Jason Herrera, who sings and plays bodhran, flute, and whistle in the local Irish-music band Four Leaf Peat. “You go to the village to a session, you dance. And it doesn’t matter if you have to get up in the morning to milk the cows—you dance until three or four in the morning, knowing you’re going to suffer for this. But you’re suffering already, so why not get the joy if you can? Irish music stayed with the common people.”

“Johnny Jump-Up”
It’s a jig. I like it because it’s a postcard. It gives you colloquial slang, it gives you location, it gives you culture. It lets you into the local scene for just a minute.

“The Jolly Beggar”
A parable. He’s a handsome beggar. He begs a place to sleep for the night; the farmer’s daughter catches his eye and he beds her. She says, “You must be a nobleman.” Nope, just a beggar. It’s based on the tale of a local lord who used to go out among his people dressed as a beggar. Think about it—that’s the story behind Rigoletto. It’s a common tale.

“The Green Fields of France”
Being an Oak Ridger, it means a lot to me because it’s about World War I—the Great War that started the phrase “Never forget.” After the atomic bomb was used in World War II and its destruction, along with the horrors of the Holocaust, was revealed, the scientific and surviving Jewish community adopted the motto. I grew up in a town of “Never forget.”

“When a Man’s in Love”
A Sean-nós song, which means “the old way.” It’s a highly ornamental song for solo voice. And it’s the song that I used to propose to my wife.

“St. Brendan’s Fair Isle”
St. Brendan was an Irish monk who got some other monks to help him build a boat of leather and they sailed across the North Atlantic to America. It was written by an American folk singer named Johnny Driftwood, whom I saw at the Museum of Appalachia when he was in his 90s.