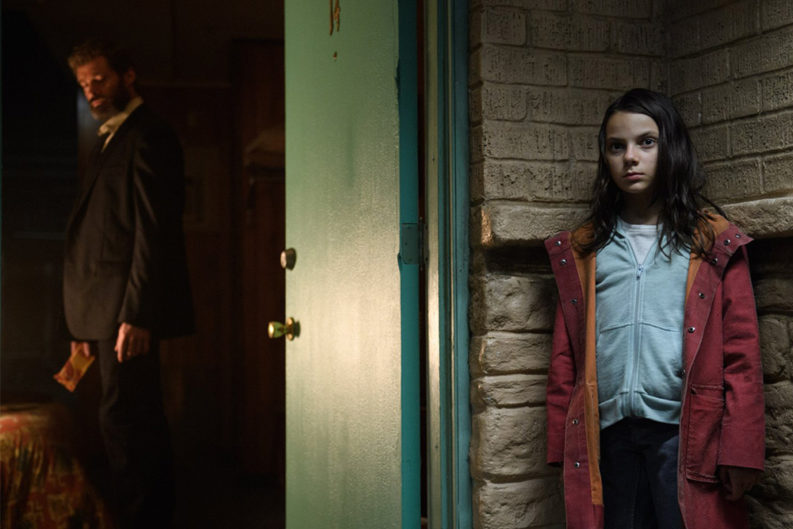 It’s no coincidence that the most interesting superhero movie franchises are also the most stylistically pliable ones—city-pummeling mayhem and save-the-world-again story lines get tiresome, but there’s something really satisfying about watching the Captain America series bounce from square-jawed war movie to Cold War thriller territory.

Logan, the third Wolverine movie and 10th X-Men film, takes that flexibility to a new level. It’s so far removed from its predecessors in tone, style, and content that it’s hard to even think of it as a superhero movie. Gritty, spectacularly bloody, and intensely elegiac, it’s Unforgiven by way of Fury Road, with shades of Cormac McCarthy and a soupçon of Lone Wolf and Cub.

It’s also socially and politically reflective in ways that are more unsettling than any of its predecessors. The X-Men movies have always leaned heavily into aligning their characters with persecuted minorities, but they’ve always laced that social commentary with notes of reassurance. In Logan’s grim vision of 2029 America, the country’s few remaining mutants share the crosshairs with immigrants, and the plot centers on a desperate bid to find sanctuary in Canada. America has simply become too hostile for hope.

So when we catch up to the superhero formally known as Wolverine (Hugh Jackman, in his best and supposedly final outing as the character), his 140-something years on this planet have caught up to him in the ugliest of ways. As far as he knows, the once-burgeoning mutant population has dwindled to three, himself included. The augmentation that imbued him with mutant status and gnarly abilities is now slowing killing him, and he has succumbed to the nihilism he previously (if barely) held at bay.

Not that anyone could blame him; he lives in an abandoned smelting factory in the desert and works as a limo driver, ferrying belligerent frat boys and drunken bachelorette parties back and forth across the border. Grizzled and defeated, his life revolves around caring for a dementia-stricken Charles Xavier (Patrick Stewart at his King Lear-iest), who’s prone to psychic seizures so deadly that the government has classified his brain as a weapon of mass destruction.

So the clock is already running down on these characters when a Mexican nurse named Gabriela (Elizabeth Rodriguez) tracks Logan down and begs him to help usher her charge, an 11-year-old mutant girl whose powers are painfully familiar to Logan, to a maybe-mythical place where she can meet up with other young mutants. Laura (Dafne Keen, in a fierce and remarkable big-screen debut) can hold her own in a fight with the paramilitary cyborgs who are chasing her, but she needs a father figure, and crotchety ol’ Wolvie, who carries an adamantium bullet in his pocket in case he ever gets the gumption to do himself in, needs a reason not to use it. Just sit back and wait for the redemption to start.

Only, you’ll have to wait for a really long time. It’s telling that the film opens with an unprintable expletive, ends with Johnny Cash’s apocalyptic “When the Man Comes Around,” and features countless head-skewerings and face-stabbings along the way. Director James Mangold, who co-wrote the script with Scott Frank and Michael Green, feels no pressure to force his second Wolverine movie (he also helmed 2013’s The Wolverine) into a franchise- or family-friendly format. Logan is unapologetically downbeat, graphically, sometimes disturbingly violent, and the pace has more in common with the classic Westerns he emulates—Shane gets several explicit callouts—than the considerably more frenetic X-Men movies. (No wonder Mangold is reportedly working on a black-and-white version of the film, a la George Miller’s Black and Chrome edition of Fury Road.) He’s also gutsy enough to scale back both the scope of the film and its stakes; the plot’s resolution probably doesn’t matter much to anyone who isn’t directly involved in its final confrontation, which makes the outcome all the more poignant.

For all its grit, violence, and pervasive melancholy, though, Logan is never dour. It doesn’t have much use for superhero pyrotechnics and easy solutions, but it’s laced with moments of gentle humor and an abiding affection for its characters and cast. Whether this is a story of hope extinguished or simply deferred is a matter resolved only abstractly in the film’s sentimental final moments. But if Jackman makes good on his promise to hang up his claws after this one, he couldn’t have hoped for a better way to go out.