Some Late-Winter Occasions to Mark in Knoxville - The Knoxville Mercury 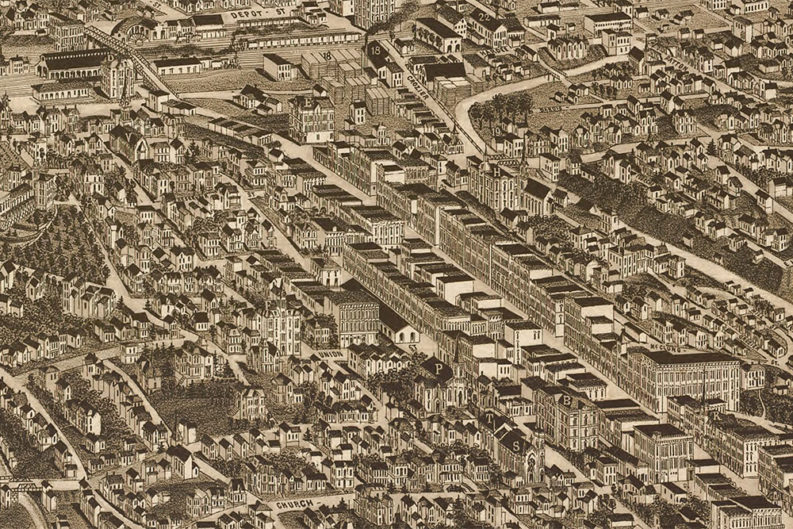 To begin with, this fortnight (that’s two weeks) contains the birthdays of two of Knoxville’s best-known African-American musicians.

Sunday, Feb. 26 is the 127th birthday of Ida Cox, the great jazz singer of the 1920s and ’30s, known for her own compositions like “Wild Women Don’t Have the Blues.” Born in small-town Georgia, she spent much of her life touring, but moved to Knoxville in the 1940s, singing every Sunday at the Patton Street Church of God. She was living in Knoxville when she made her only full record album, Blues for Rampart Street, at the age of 65.

And Saturday, March 4 is the 108th birthday of Howard “Louie Bluie” Armstrong, the fiddler and mandolinist whose 1930 recordings with the Tennessee Chocolate Drops were re-released in a 2016 box-set compilation called The Knoxville Sessions. That collection earned a Grammy nomination this year just for its extensive liner notes, which stand out in part because of the great stories of Knoxville-area musicians like Armstrong. He considered LaFollette home, but lived in Knoxville in the ’20s and early ’30s, when he made his first recordings and his first radio broadcasts. He is the subject of Campbell County’s annual Louie Bluie Festival.

Italian composer Gioachino Rossini never visited Knoxville, but had a surprisingly lively inf luence on the city. In 2002, he became the honoree of one of Knoxville’s most popular and imaginative annual events, the Knoxville Opera’s Rossini Festival. He was born on February 29th, 1792—so his birthday appears only once every four years. But somewhere around the end of this month, he would turn 225. Rossini and Knoxville were very close to the same age.

Wednesday, March 1 is the 120th anniversary of the riot known as the Battle of Depot Street. The violent and complicated clash between rail construction workers and law-enforcement officers occurred mostly on West Depot, between Gay and Broadway. Precipitated by a crew tearing up pavement for a new streetcar line before the developer had obtained the necessary permissions, the riot resulted in one dead, several injured, and the incarceration of the developer, William Gibbs McAdoo—who later became U.S. Secretary of the Treasury, and a U.S. senator from California!

The Knoxville History Project is a 501(c)(3) educational nonprofit whose mission is to research, disseminate, and promote Knoxville history. The KHP provides talks, historic tours, research, and other assistance to local groups of all sorts. The KHP also sponsors this page in the Mercury, largely with donor support. We need your help to renew it for another year.

We have begun a fundraising campaign, with the help of our new director of development, Paul James. Originally from England, Paul has authored books and essays about Knoxville history, notably his 2010 pictorial history, Ijams Nature Center. For years, he was Ijams’ development director and executive director. We have worked together on several occasions over the years, and are very pleased to have someone of his depth of knowledge and development experience working with us.

If you like what we do, please send donations to Knoxville History Project, 516 West Vine Ave., #8 , Knoxville , TN 37902 , or see our new website, knoxvillehistoryproject.org. To inquire about sponsorships, please call (865) 337-7723. All donations are tax-deductible.

Featured Photo: Knoxville in 1886, from a bird’s-eye perspective, shows Depot Street and the rail yards at top, and Gay Street at an angle at upper right. The building marked “E” is Tennessee’s first durable public library, the original Lawson McGhee, now known as the Rebori Building. Market Square, which then featured a long, low market house, is visible at center right.