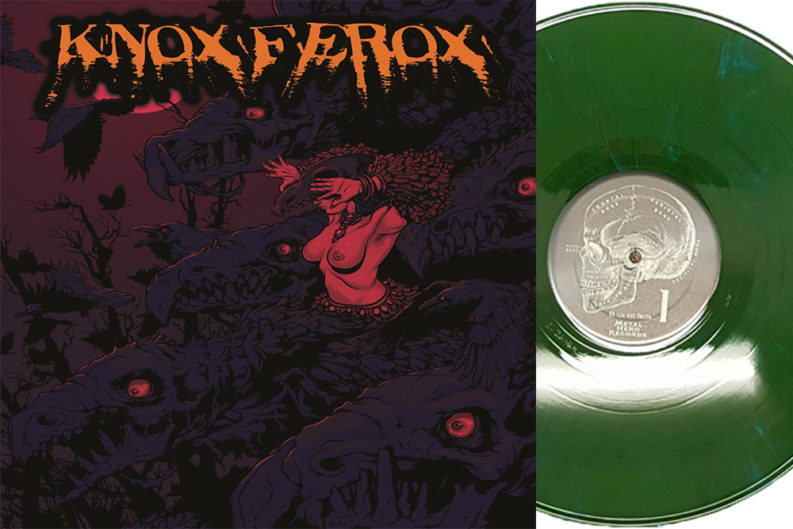 Matt Hundley had no experience in the music industry when he decided to start a record label. In fact, he hadn’t even been to a concert in more than 15 years before his girlfriend took him to see Texas stoner-rock/hipster metal band the Sword at the International in May.

“On the way out, Nick from the local band Realm was handing out free CDs,” Hundley says. “I was blown away. I kept their CD in my player for months and just listened to it over and over. I started thinking to myself, ‘Man, it is a shame more people can’t experience these guys.’

“I wanted more people to hear it. Eventually I started thinking—local bands, vinyl. Nobody else is doing this. Maybe I could make it happen. I was too naïve and enthusiastic to think it couldn’t be done. After talking to a few bands and finding them equally enthusiastic, I decided to just make a jump into it and become a record publisher.”

Now Hundley is the proprietor of Metal Hero Records, which has just released Knox Ferox, a limited-edition vinyl-only compilation of six East Tennessee bands from the heavier end of the spectrum: Realm, Stone Hogan, Season of Arrows, Navajo Witch, Bones of Mary, and Wampus Cat. It’s available for $25 at Lost and Found Records, Basement Records, and Saint Tattoo, and online at metalherorecords.com. The bands will sell copies at their shows. Only 500 copies were printed, and when they’re gone, that’s it.

Hundley says a second volume is already in the works, and a couple of local punk compilations may follow.

“I would love to see more people around the country, hell, even the world, listen to this music,” Hundley says. “These are talented musicians. This music is as good as anything you’ve heard coming from mainstream labels. … I think if more small labels popped up and brought local scenes forward, especially on vinyl, it would allow for this music to get into the hands of people who are passionate about it. I’m not knocking digital music. It’s great to have 1,200 songs on an SD card, but vinyl has a life of its own. It’s physical. It’s timeless. It will be here after we are gone. That shouldn’t be the privilege of a major label band. Local bands deserve that, too.”