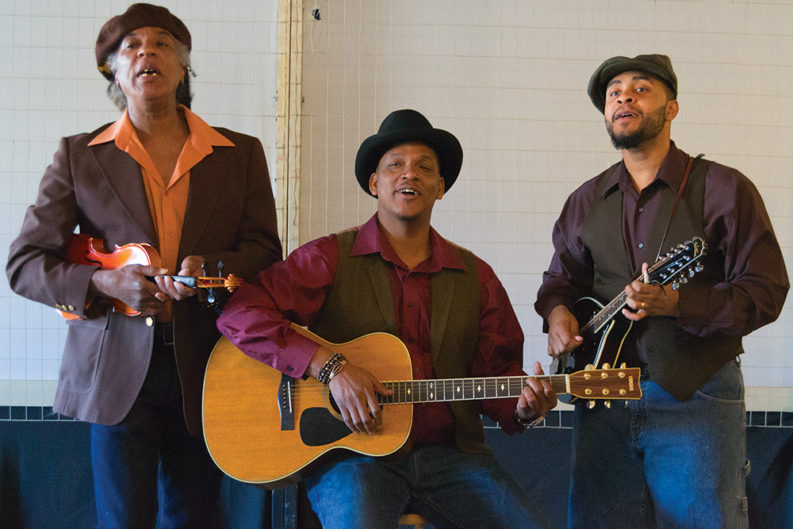 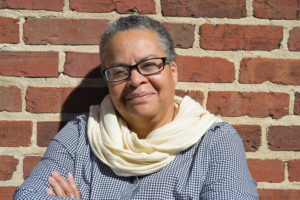 Few community theater organizations focus as intently on the word “community” as Carpetbag Theatre has for almost five decades. The Knoxville-based professional, nonprofit company is dedicated to telling the stories of people hidden by official history—black, gay, and poor people, among others, who have been written out of textbooks and ignored or overlooked by the mainstream culture.

This weekend, Carpetbag will stage Between a Ballad and a Blues, the company’s 2008 musical about the life of East Tennessee blues and jazz pioneer Howard “Louie Bluie” Armstrong. It’s the first of six scheduled productions over the next three years to celebrate Carpetbag’s 50th anniversary in 2019.

Between a Ballad and a Blues will be held at the Clayton Center for the Arts (502 E. Lamar Alexander Parkway, Maryville) from Thursday, Feb. 23, through Sunday, Feb. 26. Tickets are $20/$15 for seniors and students.

Why are you starting with Between a Ballad and a Blues?
It’s one of the most recent productions. It has a more regional appeal, and it has more music. And it’s a production that we’ve been doing excerpts from at the Louie Blue festival for nine years. We wanted it to be familiar; we wanted people who’ve whetted their appetite along the way to see the full production.

What made you want to write about Howard Armstrong?
The first time I ever heard Howard Armstrong was an NPR interview back in the late ’70s. I heard this amazing storyteller. I heard a local story. And I also heard a story about diversity that I don’t think people talk about in East Tennessee.

I think people really didn’t know about communities in East Tennessee where there were large numbers of immigrants. When you have different immigrant communities coming together in a small space, there’s always exchange. Where I grew up, in Queens, N.Y., there were ethnic neighborhoods and people speaking different languages all around you. So there was something familiar about Howard’s story. And I fell in love with the music. So between the music and the story, Howard had me at hello, as they say. He was so charismatic—I had to know more.

So it’s something you’d been working on for a long time by the time you actually wrote it down?
Yes. There was a period of time when it just rolled around in my head. For every story, you have to find the right time. What’s interesting about the timing of Between a Ballad and a Blues is that we had been working on it for a couple of years and then we heard about the Louie Bluie Music and Arts Festival in LaFollette. I thought, well, that’s interesting. There must be some energy around this now. And I think there was. There was an energy around Howard’s story at the time.

How does Howard’s story relate to Carpetbag Theatre’s mission?
Well, first of all, Carpetbag’s mission is to reveal hidden stories. I think Howard and people like Howard are the unsung heroes of music. There’s a debate about Howard as a string-band player, and whether or not he spent his entire career playing string-band music. There’s a group that likes to say, this is this or this isn’t that. Howard liked swing, he liked jazz, and I think what happened is he crossed genres, so he was an innovator. And he’s not given credit for that.

It’s one of the hidden stories of East Tennessee—these guys were together, they were playing on the road, and then they went to Chicago and had some success there. But it was all about knocking on doors, knocking down doors, pulling on doors. It was always a struggle for them as musicians. That struggle, that hidden story, that lack of recognition—all of that is our mission at Carpetbag.

And we do plays with music. That’s what we do. Music is really part of our aesthetic.

Sometimes people dismiss or complain about art with political perspectives—that it’s preachy or heavy-handed. What’s your response to that?
All art expresses a point of view. In that sense, all art is political, right?

I think there’s an intention in all art. What happens is, people sometimes have an issue with the intention. If my intention is to empower disempowered people, then there are going to be some people who don’t want those people empowered, and then it’s going to be “bad” art.

For us, the culture of a people has to do with their political views, their views of the world. We’re not ashamed or embarrassed to say our art is purposeful in terms of bringing people information they don’t have, honoring our community and its traditions, and other communities’ as well. No matter how you frame it, if it speaks to the people it’s intended for, and it’s aesthetically pleasing to them, then it’s good art.

You mentioned hidden stories as one of the main parts of your mission. I imagine there are enough around here to keep you busy for the rest of your career.
It does keep us busy. There are so many stories that are untold, particularly in communities of color, poor communities, rural communities. Our next project is dealing with rural communities in upper East Tennessee and the brick-making industry in the African-American community. So we’ll continue to tell those untold stories. And some of them are so interesting and fascinating. So we’ve got lots of material.