New UTK Chancellor: “We want to solve some of the greatest challenges in the world" - The Knoxville Mercury 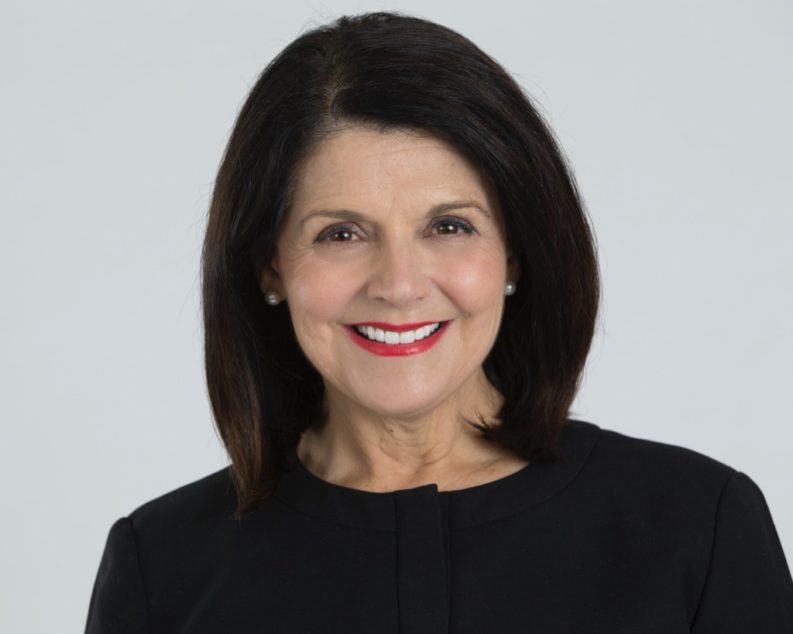 Appearing before broadcast, digital, and print journalists at the Tyson Alumni Center, University of Tennessee-Knoxville Chancellor Beverly Davenport sidestepped some prickly questions about diversity funding and the General Assembly on Wednesday—her first day of work as the university’s new chancellor.

She did, however, lay out her vision for the roughly 27,000-student university as a leader in sustainability research that addresses such pressing global problems as water quality and scarcity, nutrition, education and poverty.

Davenport, until most recently the interim president of the University of Cincinnati, is the first woman to hold the chancellor post.

She echoed some recent claims by legislators that the Office of Diversity and Inclusion wasn’t defunded by the General Assembly when asked if she thought that funding would be restored.

“My understanding is that the money was never taken away,” she said.

That doesn’t jibe with previous reporting by the Mercury: State money was prohibited from being used to fund the Office of Diversity and Inclusion for one fiscal year, from July 1, 2016 through June 30. According to UT’s own figures, that’s about $446,000, which includes all salaries and operating costs for the ODI and the Pride Center. That money was instead redirected to fund minority engineering scholarships, nearly doubling the amount of scholarship money available at least for one year. The Pride Center is no longer funded or sponsored by the university, though Pride Ambassador volunteers continue to provide some services.

“There will be funding, and I will only be on a campus where every student is supported and made to feel welcome, and important and safe. I wouldn’t be on a campus if I wasn’t committed to, and wouldn’t find revenue to support, the programs for all of our students.”

When another reporter inquired about the Pride Center, she referenced her previous response.

“I would not be on a campus where I didn’t do all that I could to make every student welcome, supported and safe,” she said.

In response to another question about the General Assembly, she said that a so-called “free speech bill,” introduced in part again this year by Knoxville Republican Rep. Martin Daniel—who played a role in defunding the ODI last session—was unnecessary.

Daniel told the Tennessean his “Milo bill,” named after a controversial Breitbart editor whose appearance was canceled at UC-Berkeley following protests, was needed to ensure conservative voices are heard on campus.

Davenport says the First Amendment already covers that ground. “It’s a constitutional right. I don’t think we need a bill.”

Speaking generally of the university’s relationship with the General Assembly: “I think universities need to work harder in telling their story,” she said. “It’s getting our message out there, and doing it consistently.”

Davenport said a similar approach was needed to encourage more donors to offset tuition increases. Undergraduate tuition at UT is now about $12,724, according to the university. With room and board, books and personal expenses, the cost to attend one year at the state flagship university approaches $30,226.

“The single best way to offset the cost of tuition is through fundraising and I have been so impressed with the generosity of the donors to the University of Tennessee,” she said.

“That’s one of my No. 1 priorities, to raise money for scholarships. That is one of the best ways to offset the price of tuition.

“We cannot do it alone, we can’t do it with the state revenue and it takes donors who are generous and have capacity.”

She suggested the university may take the “opt-out” option when it comes to an expected final proposal to outsource some university and other state services.

“I was in conversations when I came here on the interview. I know about the opt out aspects and would like to exercise that option that we have. That is something I certainly need to know more about,” she said.

She outlined an ambitious vision for the university when asked about her major goals in the position.

“We want to solve some of the greatest challenges in the world … we have at this university faculty who have expertise in water and water quality. What I read is that water is likely to be our next war. We have a water shortage in this world. We have international experts on water; we have people at this university who are doing research on sustainability. Nutrition. Poverty and food shortage are two of the big challenges in the world. Poverty and education.