Unprecedented: the Dawn of a New World - The Knoxville Mercury 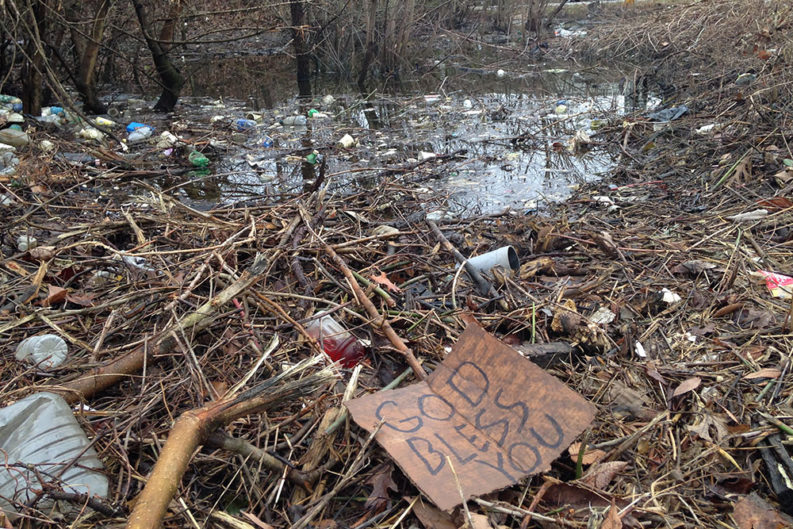 In early January, the thermometer read 67 degrees, 20 degrees above the average high. Daffodils poked out of the mud. The kids ran through the yard barefoot. The weather forecast predicted 60-degree temperatures for the foreseeable future. The warmth felt good, but I knew it was wrong.

“What is happening!” I shouted at the sky.

The National Oceanic and Atmospheric Administration reports 2016 was the hottest year for the world on record, breaking the record set by 2015, which broke the record set by 2014—part of a pattern of increasing global temperatures caused by greenhouse gas emissions, the result of human greed and stupidity. This unprecedented winter follows the tree-killing drought of last summer. What will next summer bring?

A smart parasite sips slowly, prolongs the life of its host. A rash one eats its host up quickly head to tail, and starves later. We are swallowing natural resources in enormous gulps. We are fouling our nest.

Now is a good time to plant a tree. The ground is soft. Trees are dormant. You can plop them into their new beds before they wake up and begin their spring growth spurts. Along Fifth Avenue, the city’s urban forestry division has dug holes for new street trees, part of a program to increase the city’s tree canopy.

Let’s be honest, though: At this point, can planting some trees offset the damage of our carbon dioxide-emitting and plastic garbage-dumping? We should have all turned down the thermostat and put on a sweater back in the 1970s like President Carter suggested. But sure, plant a tree. In fact, plant an oak tree that will grow big and beautiful and live for hundreds of years.

Now is a good time to go swimming. The oldest winter bathing club in America is the Coney Island Polar Bear Club, in which members wearing ordinary swimsuits jump into the icy Atlantic every Sunday from November to April. It’s 32 degrees in New York now, and snowing. Knoxville’s winter bathing would be less shocking, but still challenging and invigorating. Like the Castalian Spring at Delphi, the deep, clear Fort Dickerson quarry lake invites a pilgrimage. The quarry lake will be empty and quiet for a ritual January plunge, sloughing off the old year, emerging from the water reborn.

Meanwhile, the snakes are confused. I found one lying dead in the snow during our only snowfall. After the snow melted, so many small soggy bodies littered the sidewalks it seemed to have rained snakes over the weekend.

The snakes reminded me of a dream I had just before the new year, in which a group of young adults invited me to their playhouse:

“Let’s have a snake parade!” they said.

The kids put a handful of live snakes into a blender with no lid.

Too late, we started to run. The downpour of gore and squirming snake parts caught us. A small severed head fell into the slack hood of my sweatshirt. I felt it cold and frantic against the nape of my neck. Pity overwhelmed horror. The crowd raised their delighted faces to the shower. Just as I suspected, I want no part in their snake parade.

Down a long hallway of fire and explosions a girl without legs crawled toward me, her hair hiding her face. I felt afraid and wanted to run, but couldn’t move.

What if that was my child? What would I want a stranger to do for her?

I caught her and picked her up. She wrapped her arms around me and bit my chest.

That’s what a monster would do, I thought, Maybe I made a mistake. But it’s also what a scared child might do—hold on with arms and teeth.

So holding her with all my strength, I ran from the fire and noise.

Dreams are not prophetic, but they can hold up a mirror and show you what you need to see.

Long live the trees I planted today. Long live the limbless, helpless creatures. Sip slowly, friends, and some of us may make it by the skin of our teeth.