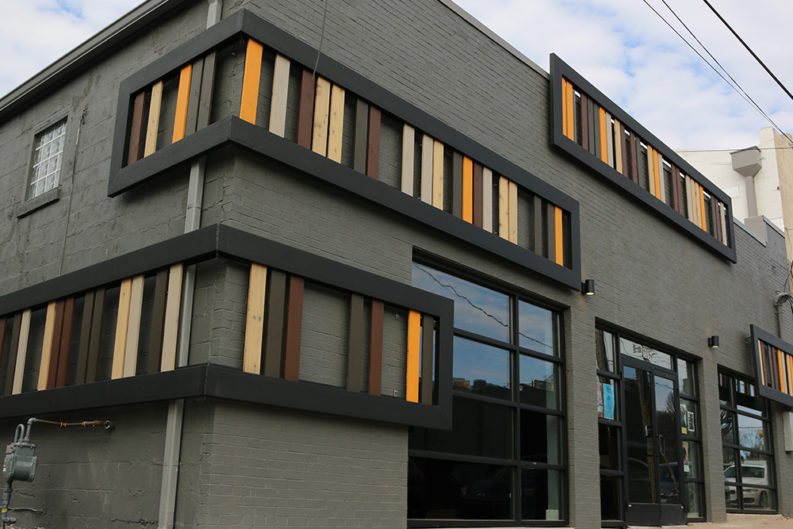 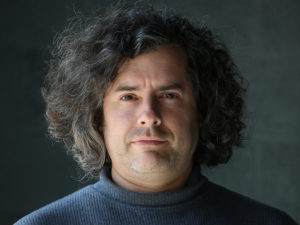 Creative cooperatives—work spaces housing several different “makers” or businesses—have been sprouting in Knoxville for a few years now, from the artists at Vacuum Shop Studios to the workshop leaders at the Central Collective. Our newest entry is Modern Studio in Happy Holler.

Co-founders Victor Agreda Jr. and Burke Brewer raised $7,500 via a crowdfunding campaign over the summer that allowed them to put a security deposit on the old Colonial Cleaners building at 109 West Anderson Ave. After a thorough rehab by developers Fox and Fogarty, the space opened last month with a concert by singer/songwriter Daje Morris; music booker Kent Oglesby has lined up a full slate of musicians this month, ranging from country duo Count This Penny to marimba composer Dr. Andy Harnsberger.

Once the office areas are built out, Modern Studio will not only provide a base for the partners’ respective businesses—Superpixel Studios and Modern Seamstress—but also a new home for other businesses, performance artists, educators, and community groups. Most notably, it will be the performance space for theater productions organized by Carolyn Corley’s Knoxville Performing Arts Exchange, a collective of small, local theater troupes. On Feb. 16, the Marble City Opera will be hosting a chocolate and wine party, with pairings provided by Holly Hambright of Holly’s Eventful Catering.

When you say Modern Studio is a “community space,” what do you mean?
In thinking about the revenue model, our purpose was not to be fabulously wealthy off of this endeavor. We wanted to make it accessible, and we feel very strongly that our location provides some accessibility to folks in communities that may be under-served. So we’re looking at things like classes, in particular, to teach people things that are life skills—maybe it’s a generation removed from some life skills that they had before, even something as simple as sewing a button.

When you asked for suggestions during your crowdfunding campaign, what needs were raised by your donors?
Like Burke, Carolyn, and I, they needed physical space. You would think that some of these needs would be served already—a lot of churches have spare rooms or rooms used for AA and other meetings, even performance spaces sometimes. But what’s really problematic is having to move around when space becomes available. One of the things we found that’s very important is consistency—that’s what we heard a lot: People wanted a consistent space that they knew they could rely on. That was a big factor in the theater aspect—they typically have to fit in whatever space they can find. And we said, what if we had a flexible space that allowed you to do what you need to do, and do it consistently so you’re not having to constantly move around?

How will Modern Studio be supporting local theater groups?
Carolyn Corley started the Knoxville Performing Arts Exchange, and it’s sort of a holding company, if you will—it’s more of an umbrella so that other groups can work with her for marketing support, production support. She’s been doing this for a number of years, and she works in Tennessee Stage Company a lot, so we’ll be working with Yellow Rose, Tiger Lily, and a few smaller groups here in town to do events. We actually had the New Play Festival with the Tennessee Stage Company here, and that was more of a meet-and-greet to talk about the new plays that are coming out. But that’s our idea—to work with as many small groups as we can and try to give them a home.

You’re also booking music—is there a particular niche you’re aiming to fill?
Actually, no. One of the interesting things is that we’re very lucky to be working with Kent Oglesby who dealt with a lot of the Secret Shows. I call him kind of a “music whisperer”—he’s really got his finger on the pulse of what’s going on right now in the world of music. What we’ve started booking is mostly acoustic acts because we don’t have our full sound equipment built out yet, and as we go further down the line we’ll be booking bigger and bigger sounds over time. So my attitude is, let’s put as many things in here as possible.

Where would you like to see Modern Studio this time next year?
Really, our focus and our business model is to be using the space about 80 percent of the time. There’s a phrase I love, “Use every part of the buffalo.” And we really would like to see every night something going on here. During the day, we have a full complement of co-workers, and by doing that we actually enable ourselves to do things like rent the space out for pennies on the dollar to community groups that couldn’t afford it otherwise. υ