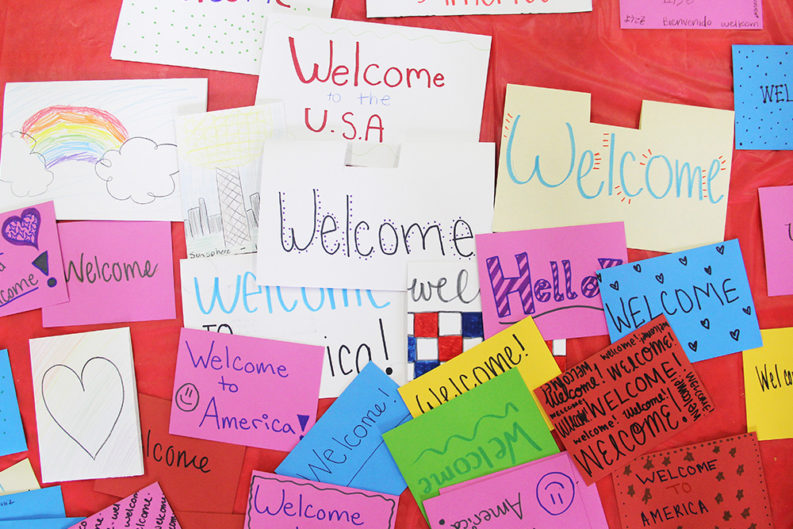 On Jan. 27, President Donald Trump issued an executive order putting a halt to U.S. acceptance of refugees for 120 days and banning all visitors from seven majority-Muslim nations from entering the country for 90 days or, in the case of Syrians, the foreseeable future. A federal judge last week halted the order, but the Trump administration appealed. A federal appeals court was scheduled to hear arguments Tuesday. Even permanent residents with green cards were initially blocked from returning to the U.S.. Protests swept major American cities and airports, including Knoxville.

Those banned from travel to the U.S. for 90 days include those with passports from Iraq, Iran, Sudan, Libya, Somalia, and Yemen. Trump insists the move is needed to prevent terrorists from entering the U.S., but no fatal terrorist action within the U.S. since 2001 has been perpetrated by a person with a passport from one of these countries; in fact, Washington lifted sanctions on Sudan just weeks ago for cooperation on combating terrorism. Countries where the vast majority of foreign terrorists originated, such as Saudi Arabia and Egypt, were not on Trump’s banned list.

In the last few months, the Mercury has been interviewing refugees who have resettled in our city. We think it’s a good idea to get to know who these folks, our neighbors, really are: where they’re from, what kind of lives they left behind, and what they are contributing to our community today. Some of them came here from war-torn countries like Iraq and Sudan that are now part of the Trump administration travel ban; some were persecuted by extremists like the ones the Trump administration aims to shut out. They all talk about the American dream, and how they’re living it.

While many Americans think of the American dream as the possibility for professional and economic advancement above their parents’ standard of living—wealth, a nice house, respect in the community—many refugees define it differently: Their American dream really is the chance to have enough to eat, clean water to drink, and the ability to live in safety. Here are just some of the stories of local refugees and their journeys to seek these basic necessities of life.