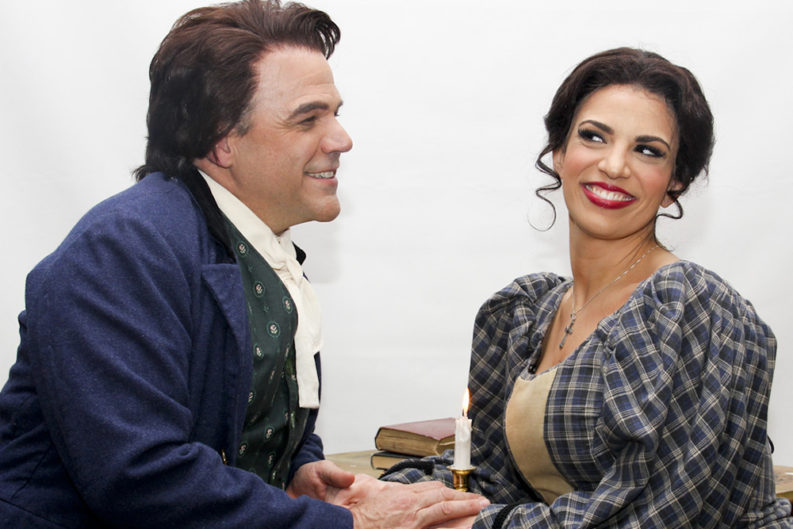 Despite the stereotypical images that have traditionally surrounded opera and opera singers, the changing reality of opera over the last 30 years or so has been something quite different. While music remains opera’s absolute top priority, opera companies and their audiences have embraced changes not just in the physical productions, such as live HD broadcasts, but also in the qualities they demand from singers. Among those demands are that performers recognize that opera is, at its heart, theater, and that in addition to being gifted singers, they must also be believable actors.

One beneficiary of opera’s evolving priorities has certainly been Puccini’s La Bohème, a romantic story about a group of poor young artists and intellectuals in Paris in the 1830s. In many of the earlier 20th-century productions, even in the largest opera houses of the world, the casting of the two romantic leads—the poet Rodolfo and his neighbor, Mimi—resulted in two notable singers chosen solely for their voices, often lacking much physical dramatic ability or the ability to sell believable romantic characters. Those days appear to be over.

In this weekend’s Knoxville Opera production of La Bohème, soprano Jessica Rose Cambio and tenor Richard Troxell take on the roles of Mimi and Rodolfo, and they intend to make their  with the portrayals believable. Although the pair had never worked together before, both understand the importance of finding that chemistry.

“I think we got a sense of each other right away, that this was going to work well,” Troxell says. “You have to be open to it. If you aren’t open to it, you’re going to be fighting such a force, especially in a romantic opera like La Bohème.”

“Richard is very open and flexible and personable, but that doesn’t always happen,” Cambio says. “The chemistry with Richard has been solid because we had such a good dialogue from the very beginning. And laughing is really, really important.”

Cambio is making her first appearance with Knoxville Opera, but she comes to the company with some recent laudable credits. Last year, in the September production of the resurrected New York City Opera, she sang the role of Nedda in Pagliacci. “Cambio sang Nedda with a full-bodied Italianate soprano while also navigating the character’s repugnant pride and endearing longing,” wrote a reviewer for WQXR, New York’s classical-music radio station. “Cambio sings with agile coloratura and mostly shimmering sound,” wrote Anthony Tommasini in The New York Times.

Troxell, who appeared in the 1999 Knoxville Opera production of The Barber of Seville, has had a diverse career that has included everything from filmed opera (a 1996 production of Madame Butterfly) to the role of Borsa in the Metropolitan Opera’s 2016 production of Rigoletto.

Julia Lima, in the role of the feisty Musetta, makes her third appearance with Knoxville Opera. Craig Verm, in his KO debut, will sing the role of the painter Marcello, Musetta’s on-and-off lover.