Jennifer Higdon, One of America's Leading Composers, Returns to East Tennessee for a Weeklong Residency at UT - The Knoxville Mercury 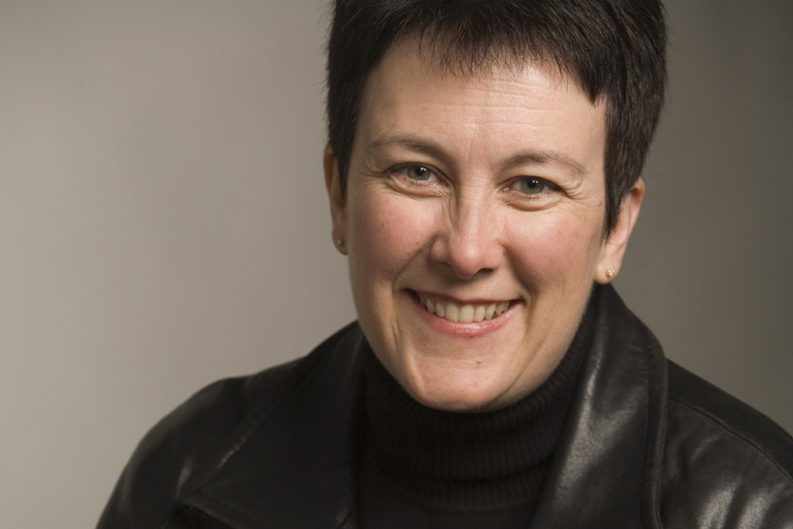 Some people chase fame. For others, celebrity seems to chase them—their talents reveal themselves at decisive moments, doors of opportunity swing open unexpectedly, and chance decisions turn into major life successes. Fame has chased—and found—composer Jennifer Higdon, one of the most well-known contemporary American composers.

Quite modestly, Higdon describes her music as “melodic, rhythmic, and audience-friendly,” although that description severely understates the attraction of instrumental colors, textures, and evocatively fresh mixtures of percussion against strings and woodwinds throughout her work. This also certainly explains the often hard-to-describe emotional effect that her pieces bring to listeners.

Born in Brooklyn, the 54-year-old Grammy and Pulitzer Prize winner spent eight of her formative years in the Maryville area, graduating from Heritage High School in 1981. While there, she gravitated toward music performance, picking up the flute at age 15 and performing in her high-school band. Attending a summer flute camp in Bowling Green, Ohio, before her senior year, Higdon met flutist Judith Bentley, an event that encouraged her to attend Bowling Green State University as an undergraduate and study with her there.

Although her late start in music and lack of classical-music training presented obstacles for her as a performer, it was at Bowling Green that Higdon first tried her hand at composing.

“Judy Bentley got me started composing by giving me a small assignment to write a two-minute piece for flute and piano,” Higdon says. “I loved it. It’s an amazing thing to put notes on a page and then watch people play those notes.”

“There were a few times where big things happened that catapulted my career forward,” Higdon says. “The biggest thing was having the Philadelphia Orchestra take a chance on me, an unknown composer, by commissioning me to write a large work (Concerto for Orchestra in 2002) and then they premiered it at the national orchestral convention in front of 3,400 orchestra managers. My entire career could have gone down in flames in one night, but lucky for me, it went well and launched me like a rocket.”

Since then, Higdon’s works have been performed several hundred times every season by orchestras around the world. Higdon’s blue cathedral, from 1999, written in memory of her younger brother, Andrew Blue Higdon, ranks among the most performed contemporary orchestral works the U.S. The Knoxville Symphony Orchestra performed it last season under guest conductor Eckart Preu.

2010 was a major year for Higdon: She won the Pulitzer for music for her Violin Concerto, a work commissioned by a group of orchestras and premiered by celebrity violinist Hilary Hahn and the Indianapolis Symphony Orchestra. The same year, Higdon won a Grammy for her Percussion Concerto. That work will be performed by Andy Bliss and the UT Wind Ensemble as part of the Higdon residency concerts.

In 2015, Higdon made her first venture into opera. Her distinctive approach to tonal composition in vocal, choral, and orchestral music yielded Cold Mountain, with a libretto by Gene Scheer and based on Charles Frazier’s 1997 novel of the same name. The work was premiered in sellout performances at Santa Fe Opera.

New music and new audiences for classical music are topics of great interest to Higdon.

“I think audiences are now much more open to new music than they were 10 or 15 years ago,” she says. “And I think part of this has to do with the fact that there are many more different styles of contemporary music. So if an audience member doesn’t like one kind of music, I guarantee that there will be some other kind of new music that they will like. But it’s fascinating how audiences have come to the point where they ask for new music, because they’re interested in something new.”

The University of Tennessee School of Music will host Jennifer Higdon as composer in residence Feb. 17-23. Faculty and student ensembles will perform four public concerts of Higdon’s music during the week; Higdon will deliver a lecture on Thursday, Feb. 23. Visit the school’s website for a complete schedule and details.