So What Is the Current Vetting Process Like for Refugees? - The Knoxville Mercury 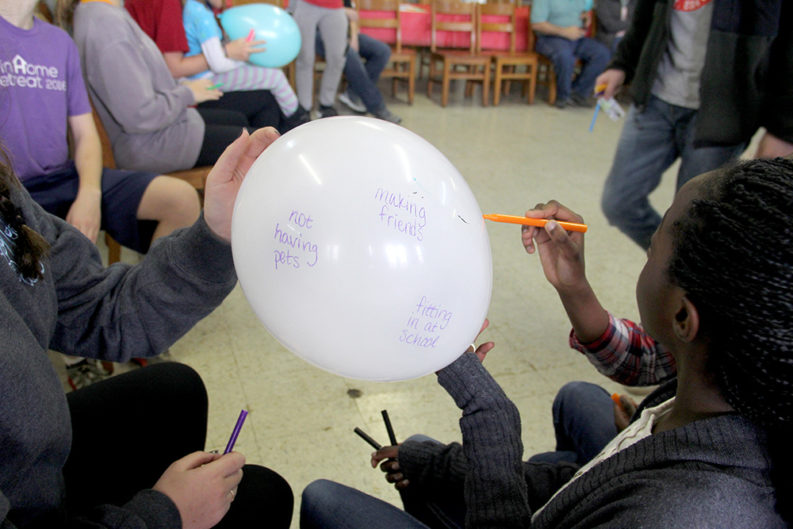 President Donald Trump has said the current process for approving foreign visitors and refugees is too lax. But the approval process for refugees–who by definition are at personal physical risk in their home country–already involves at least four federal agencies and often takes 18 months to three years.

But an executive order issued within the first week of Trump’s presidency put a four-month freeze on the processing of refugees, and his administration has said it will drop the annual cap to about 50,000, even as conflicts in countries like Syria and Sudan drive thousands of civilians to starvation or death.

A persecuted person who wants to move permanently to a new country may apply to the United Nations High Council for Refugees. The U.N. refers applicants to different countries; most have no choice or idea where they might be going. Although this is the normal way for refugees to come to the U.S., occasionally a person seeking refuge may be referred by a U.S. Embassy or a specially-trained non-governmental organization.

Under U.S. law, people are eligible for resettlement in America only if they have a well-founded fear of persecution based on their religion, political opinions, race, nationality, or membership in a particular social group. (The Trump administration has said it will give priority to those facing religious persecution, but only if they are a minority in their home country; in interviews, he has said this is intended to protect Christians abroad.)

Extremely vulnerable individuals considered worthy of refugee status often include female-headed households, victims of torture or violence, religious minorities, LGBT refugees, or people who need medical care that they cannot receive in their home country, according to the State Department website.

One of nine U.S. Resettlement Support Centers around the world process initial paperwork and conduct interviews for refugee applicants. Then applicants go through an in-depth security screening. Department of Homeland Security officers conduct in-person interviews in the host country to get details about a refugee’s personal history and refugee experience and collect “biometric information” (using fingerprints, iris scans or other means). This information and other documents are checked against FBI, Homeland Security and Department of Defense databases, including watch-list information. Authorities are searching for past immigration or criminal violations as well as any connections to known “bad actors”: people who conduct or fund terrorist or other illegal activities. The National Counterterrorism Center and intelligence community are also consulted. Syrian applicants get an additional, enhanced interview by Homeland Security.

If the security screening detects any discrepancies or raises questions, the application process halts until those issues are resolved.

Once the Department of Homeland Security signs off, refugees must visit approved doctors to be screened for contagious disease and receive shots. Refugees also take a cultural orientation class that clarifies what the United States expects of them, including their responsibility to find work, support themselves and their families, abide by the law and learn English.

Finally, a domestic resettlement location is chosen in a weekly meeting among the Department of State and representatives of nine (nongovernmental) domestic resettlement agencies. In Knoxville, this is where Bridge Refugee Services comes in; it is assigned refugees for placement in East Tennessee. Preference is given to any town where a refugee already has family or friends established

Before departing for the U.S., refugees sign a promissory note agreeing to repay the U.S. government for their travel costs. These loans are typically repaid within five years, and are considered important for establishing a credit history and becoming financially self-reliant, according to the State Department.

Resettlement agencies meet refugees at the airport and equip them with housing and initial supplies, as well as services to help them adjust and become self-sufficient. The State Department provides some support to the refugees for 90 days, and the Department of Health and Human Services also funds programs for which refugees are eligible for up to five years.

From their arrival, refugees are expected to work. After a year, they are required to apply to adjust from refugee status to “legal permanent resident,” commonly called a “green card holder.” After five years, they may apply for U.S. citizenship if they choose. If they don’t attain citizenship by the end of seven years, they lose access to certain government support programs like food stamps.

Another way that people from other countries settle permanently in the U.S. is through the asylum program. A person who is physically present in the U.S. can apply regardless of how he arrived or his current immigration status. Asylum applications often also take multiple years to approve, but in the meantime a temporary/provisional asylum status may be granted. An applicant can work 150 after applying if the application has not been processed in that time. Asylum seekers’ fingerprints are checked against law enforcement and FBI databases and they will be interviewed about their background and experiences in their home country.

Asylum seekers will be denied if they have been convicted of a serious crime, pose a danger to U.S. security, committed a serious nonpolitical crime outside the U.S., or were firmly resettled in a third country before arriving in the U.S. They will also be denied if they have “ordered, incited, assisted, or otherwise participated in the persecution of any person on account of race, religion, nationality, membership in a particular social group, or political opinion,” according to the Homeland Security website.

Featured Photo: Participants at a seminar by Bridge Refugee Services conducted an exercise where they wrote the challenges that refugees face on balloons and tried to keep them up in the air—one of the lessons being that it’s easier to do so with more people. Photo by Tricia Bateman.