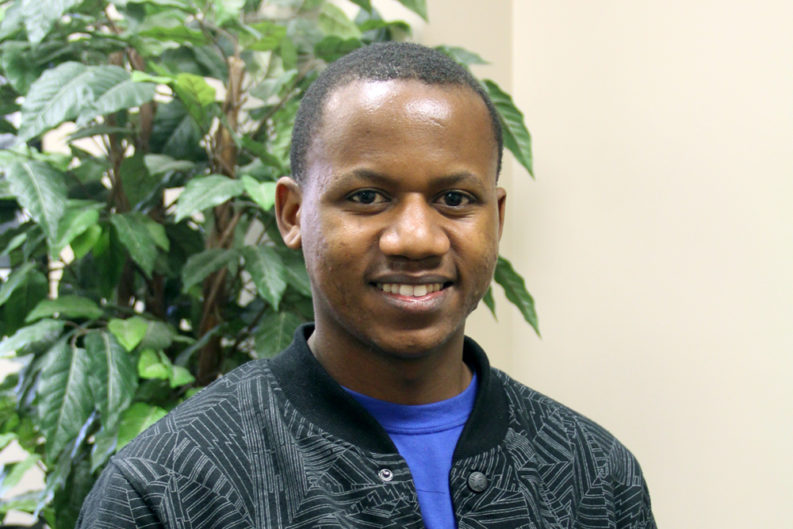 Cedric Twizere is a 21-year-old Pellissippi State Community College student and a Rwandan citizen—although he has never been to Rwanda.

He was born in a refugee camp in Goma, Congo, where his family fled after the 1994 civil war and genocide in their home country. Rwanda’s two ethnic groups, the Hutu and the Tutsi, took turns killing each other as each got the upper hand. Twizere’s father was a private in the Hutu-controlled army, so when his mother tried to return to Rwanda in 1997, she received death threats, Twizere says.

He grew up so estranged from the entire conflict—which dates back to at least colonial times, when the Belgians favored the minority Tutsi tribe over the Hutus—that it doesn’t make sense to him. “Sometimes it’s hard to understand why they were fighting in the first place,” he says.

Twizere spent his youth drifting among African cities. First, his family moved around Congo until his father died when Twizere was 8. After a brief stint in Kenya, where his mother was unable to make a living, she moved with Twizere and his sister to Zambia. There, Twizere’s mother was able to open a grocery store.

But there was no hope for an education, or even work, for her children; the youth unemployment rate in Zambia hovers around 25 percent. Twizere says that as a foreigner, he had no hope of getting a job at all.

His mother applied for refugee status for herself, Twizere, and his sister around 2009. It took three years for them to be approved.

“We went to interview after interview,” he says. “I lost hope because it took so long. You never know what country you’ll go to.” In 2012, they learned they would move to the United States. Then they underwent six months of medical exams and shots.

“We didn’t find out we were coming until the day before,” Twizere says. “I didn’t believe it was real until we got here.”

They spent their first night in New York after missing their connecting flight to Knoxville.

“I saw snow,” he says. “The air was so cold. I felt like I had on nothing. I will never forget that day.”

When he and his family arrived in Knoxville, it was March and the trees were bare. “I had never seen that before,” Twizere says. “I thought maybe they looked like that all the time.” It was a barren prospect.

Since age 10, Twizere had lived in Lusaka, a city of 1.7 million where it was easy to travel on foot and everyone had close relationships with their neighbors. “It was very social,” says Twizere. In this new city, Twizere’s family knew only the people at Cedar Springs Presbyterian Church, who sponsored them through Bridge Refugee Services. They didn’t meet any neighbors in their apartment complex near Willow Springs—except for during occasional pick-up soccer games with other refugees from Asia, the Middle East, and South America. He was used to a culture that demonstrates hospitality more visibly, by offering food to new neighbors and walking visitors from the house to their car or down the street.

These many small cultural differences can keep refugees off-kilter. For example, in Central African culture, looking someone in the eye is rude, Twizere explains. You show respect by not doing so. It’s the opposite in America, he has learned.

Twizere rode the bus to take English and G.E.D. classes, and did not let it bother him when some locals were rude to him about his accent. The slight-framed 17-year-old worked in maintenance at Custom Foods of America—hot, hard physical labor—but it enabled him to save money for a car. Then he was able to get a better job caring for people with mental disabilities, while also studying accounting.

Twizere, who volunteers as a tutor to non-traditional and lower-income students at Pellissippi State University, will finish there in May, then transfer to the University of Tennessee.

His mom works, too, and his older sister is now a CNA who plans to start nursing school. “If I get a job in Knoxville, I will probably stay,” says Twizere, who is interested in becoming a U.S. citizen. “I’ve accomplished a lot since I’ve been here, but I know I can do more.”