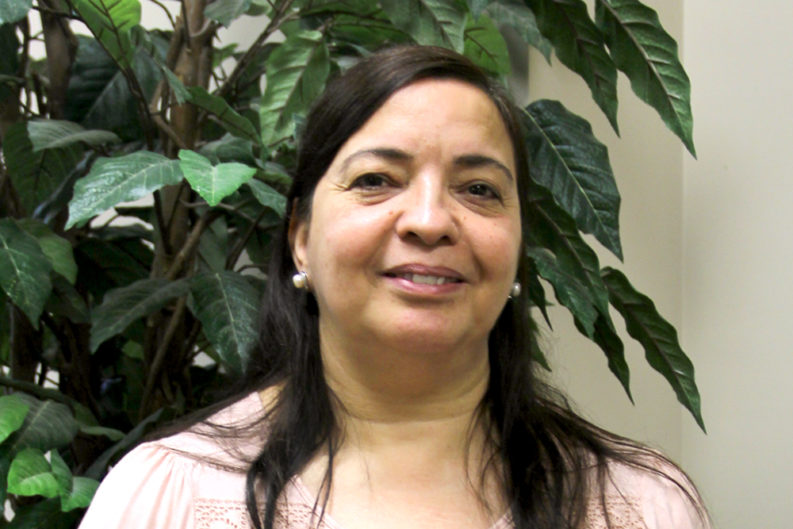 In her ordinary life–the one before U.S. bombers and suicide bombers turned everything upside down–Abeer Alfadhli was a high school English teacher and an interpreter for Iraq’s ministry of industry and trade. Her husband worked with refugees for the United Nations and owned a factory that made plastic bags. They lived with their two children on the same street in Baghdad with both their extended families. Every Friday night they all gathered for big family dinners, just like many Americans do on Sunday.

Then came the U.S. war against Iraq, the overthrow of Saddam Hussein, and the chaos and internal strife that followed.

Alfadhli had to give up working. She feared to leave the house, concerned she would be targeted for her education, her Western ways (she doesn’t wear a traditional Muslim head covering), and her husband’s family, who were related by marriage to former dictator Saddam Hussein. The factory shut down.

Then bombings led the U.N. to transfer her husband to Jordan. Like many moms whose husbands must move for work in the middle of a school year, Alfadhli wanted her kids, aged 8 and 12, to be able to finish their grade before leaving. “Education is very important to me,” she says intently, leaning forward, her eyes sharp. So she stayed behind with them, until members of a Shiite militia knocked on her door and threatened to throw her children into the Tigris River. It was not an empty threat. Bodies bearing signs of torture were being pulled from the river regularly, sometimes hundreds at a time.

So she and the kids fled in 2006 to her husband in Jordan, where they lived for six years. Her husband became executive director of the Jordan branch of a Los Angeles-based organization called No More Victims, which brought Iraqis injured by U.S. troops to the U.S. for medical treatment, then returned them home. Alfadhli volunteered to help, teaching the prospective patients English and finding them places to stay while they received medical care in the U.S.

But Alfadhli, who eventually separated from her husband, decided to apply to the U.S. for refugee status because of her English skills, and her friends and relatives here.

“I was thinking of my kids and their future,” she says. “It was very expensive in Jordan. If we stayed there, they would get no college, and maybe one day they would kick us out.”

Alfadhli was given a choice among four American cities where she had ties: Los Angeles, New York, a town in Wisconsin, and Knoxville. She was advised that Knoxville was the best place to raise her kids, in addition to being warm and an easier place to find work. She says it was the right choice.

“When we came from the airport, I saw the city on the river and the green, and I thought, ‘It’s like Baghdad,’” she says.

Immediately, she applied for work at the Dollar General near her house on Sutherland Avenue and started riding buses to learn her way around the city. When placed on the night shift, which meant she couldn’t see her children, she switched to a job in the warehouse at Goodwill, rapidly moving up to a supervisory position.

Many Iraqi refugees in Knoxville were professionals like Alfadhli, and mourn the loss of careers in fields like medicine or engineering, she says.

“I tell people, ‘It’s okay to start at zero,’” she says. “When they see you are a good worker, it will change.”

Alfadhli started volunteering as an interpreter and English teacher at Bridge Refugee Services soon after her arrival. She remains an interpreter for Bridge as well as for the Foreign Language Academy. Later, she approached the Muslim Community of Knoxville for support in offering ESL classes to Arabic speakers, and she now teaches about 20 students weekly in a volunteered house on Magnolia Avenue.

Alfadhli’s long-term goal is to start her own nonprofit to pick up where Bridge leaves off, helping refugees who have established themselves but still need assistance with understanding the laws and working toward citizenship. (Refugees lose their right to government benefits, like Supplemental Security Income, if they do not become U.S. citizens within seven years; often those who struggle with English, especially older refugees, don’t realize this until it’s too late, and may struggle to pass the citizenship test administered in English.)

She has developed a network of lawyers and banks to which she takes refugees for legal and banking services. She works with Knox County Schools on helping high school juniors and seniors get their transcripts from abroad or work out credit for their previous schooling, as her own son had to do when he arrived at age 17. (He is now a senior in nuclear engineering at the University of Tennessee. Her daughter, who struggled with social interactions after her experiences in Iraq, is about to finish her high school degree at home.) Alfadhli will soon begin teaching monthly classes for Iraqi refugee parents and their children who attend West Hills Elementary School.

Although she is a Sunni Muslim whose family was threatened by Shiite Muslims, she doesn’t lump together everyone in that branch of Islam.

“I help everybody. Sometimes Shia knock on my door at 2 a.m. to go to the emergency room, and I go,” she says. “It’s not their fault in my mind. We are one community. We are all American now.”