Reporter's Notes: The Women’s March on Washington - The Knoxville Mercury 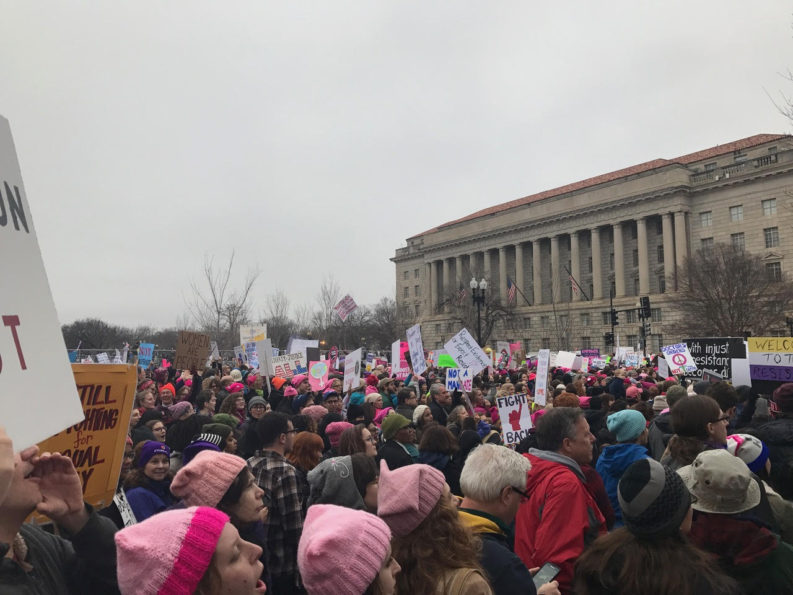 As a journalist, I mostly avoid speaking my mind on issues that can entwine with politics. But after the election last fall, I decided that I needed to be a human being first.

Most reporters, myself included, feel called to journalism as a career in public service. We want to provide citizens with the facts they need to make good decisions. I intend to continue that effort every day. But I am not going to excuse myself from humanity in order to be objective. Objectivity happens not because reporters pretend we have no opinions, but because we are aware that we do. We strive to be balanced to offset our own biases, which is also why we quote people with multiple perspectives. The trouble is, we often boil those perspectives down to just two: two opponents, either/or. The horse-race model. We really saw that in presidential election coverage.

But really, Americans and even individuals are more complex than that. I am a reporter and a woman. And that is a big part of why I decided to try to go to the Women’s March in Washington the week after President Donald Trump’s election victory. I was attending not to protest that victory, but the general cultural assault on women I saw happening during the campaign. I also wanted to express my support for other marginalized groups such as immigrants and African Americans.

A friend I hadn’t seen for half my life offered for me to crash at her apartment, and my new friend Stacey embarked on the adventure with me. We left Friday morning armed with Maker’s Donuts, a playlist of odes to (and by) powerful women, and red baseball caps she’d bought from the What a Joke comedy festival on Thursday night. Instead of “Make America Great Again,” our hats said, “What a Joke” and “Nasty Woman.”

After parking at Reagan National Airport and taking the metro into the city Friday night, we all left my friend Julie’s apartment the next morning to walk the few blocks to the National Mall.

We weren’t supposed to be there. The march was so grassroots that women were booking tour buses for it before anyone had sought permits from the National Park Service. It turned out the inauguration committee had the mall booked—even after Trump’s swearing-in on Friday. The National Park Service, which manages Washington D.C. parks and monuments, decided to make other arrangements.

Those proved inadequate to the crowds. March organizers predicted 200,000 attendees; the official estimate turned out to be 500,000, but I think even that was too conservative. Half an hour before the rally started, we could only get as close as a few blocks away to the stage on Independence Avenue.

It was a sea of pussy hats. People climbed trees and stoplights. I carried a couple of signs I’d made at home about equal pay and paid maternity leave, partly because I wanted to emphasize that I want more than to “not go back to the 1950s.” I think we’re in trouble if our goal for the future is simply not to backtrack to normalizing sexual assault and denigrating women.

The array of messages was staggering: Concerns about education or energy department heads, free speech, Russian election interference, just treatment for African Americans and immigrants, and the preservation of Obamacare, to name a few. There were countless signs with the general theme of “Hands off” coupled with a picture of a black cat.

I heard a twangy voice behind me say, “I can’t wait to go home and get me a pussy hat.” I turned around to see a woman with a sign reading, “Proud Louisiana liberals. (Send Help!)” She explained that she is a Democrat and her husband a Republican, “so we cancel each other out—but we have three daughters, so I won!” She was there with one of those daughters, a civil rights attorney who will be arguing a voting rights case, filed on behalf of North Carolina college students, before the Supreme Court later this year.

As the rally was supposed to evolve into the march, we tried to edge toward Independence Avenue, not knowing it was already full for most of the intended march route. Finally a lone policeman yelled from behind us that we should turn back to the Mall to march. The energy returned, with people chanting “Tell me what democracy looks like. This is what democracy looks like!” plus creative cheers inspired in the moment like: “Hands too small to build a wall” and “We need a leader, not a creepy Tweeter!”

Washington’s perfectly aligned layout allowed to me view crowds filling the streets that were not supposed to be closed, for as far as I could see. We continued past the Washington Monument and the Treasury, chanting “We will not go away. Welcome to your first day!” Occasionally a scream would start half a mile off and ripple through the march like a sonic wave. It was amazing to be part of something so big.

Organizers of Knoxville sister marches are already working on follow-up moves. Caroline Mann, an organizer of the Market Square event Saturday, says she’ll keep the 2,500 people who RSVP’d posted via email after she meets with organizers of the University of Tennessee march, the March on Washington Knoxville group, and others. They planned an early foray this week into a planned “Resistance Tuesday” effort to flood Congressional offices with voters, in this case urging Sen. Lamar Alexander not to support confirmation of Betsy DeVos as education secretary.

Politicians and Trump supporters who wish to dismiss the women’s marches as being about sour grapes or abortion rights are wrong. The motivations and messages of marchers were as diverse as the marchers themselves. The point is this: With all their diverse motivations and viewpoints, women will make their voices heard. They matter. They vote. Ignore them at your peril. 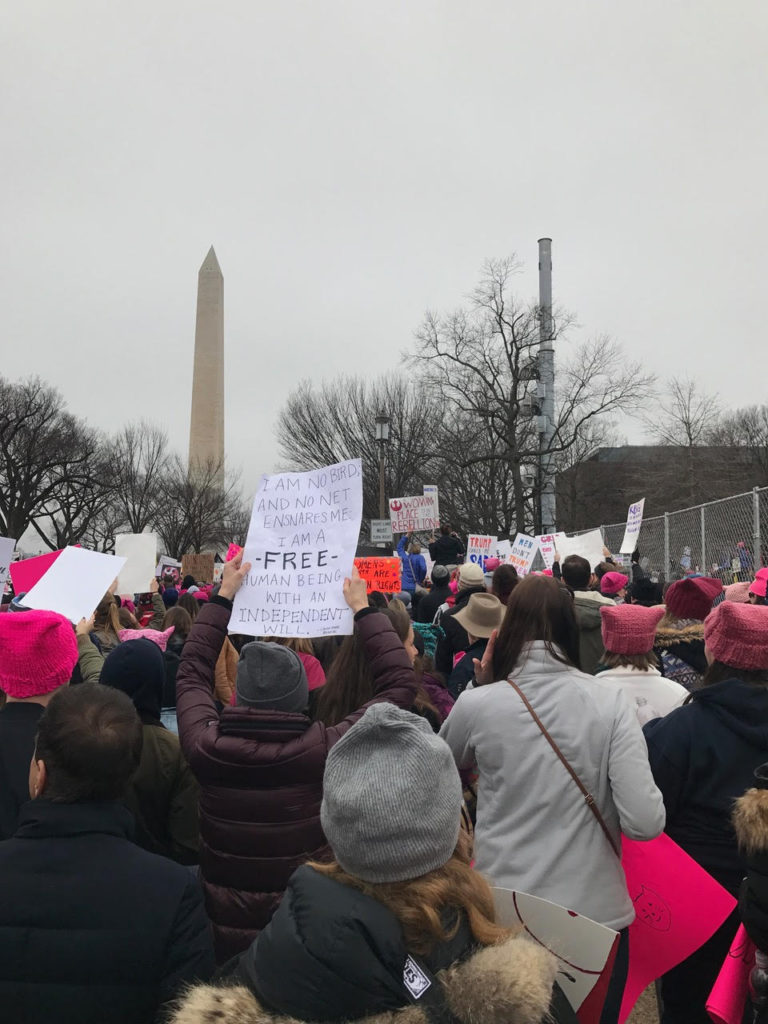 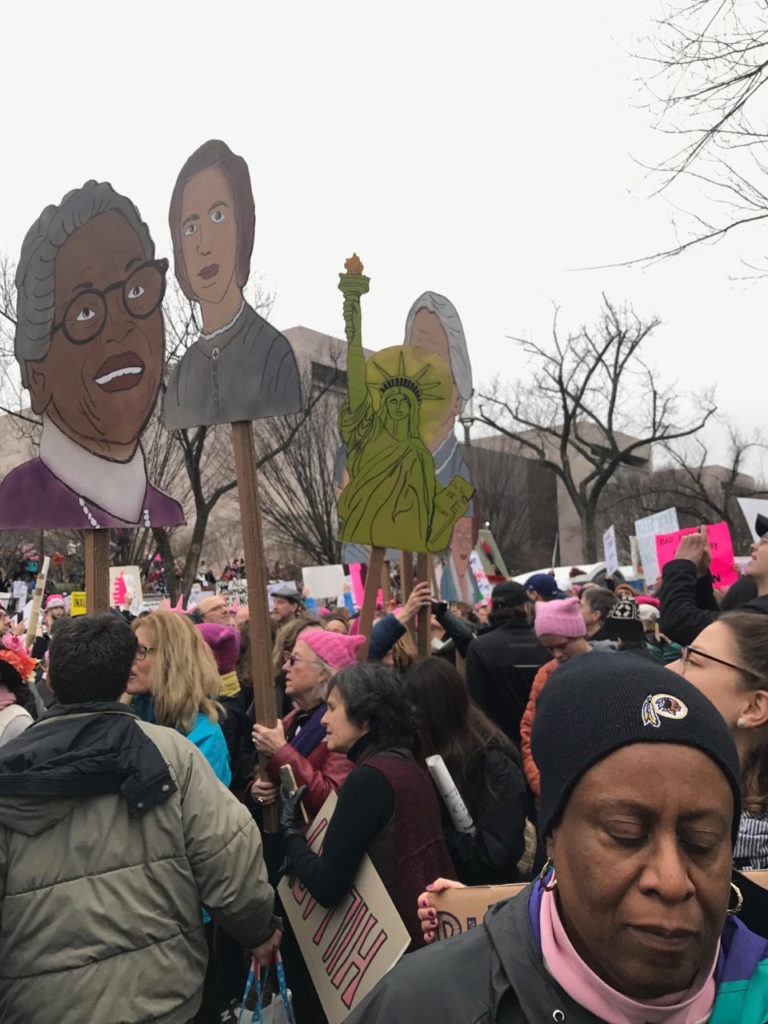 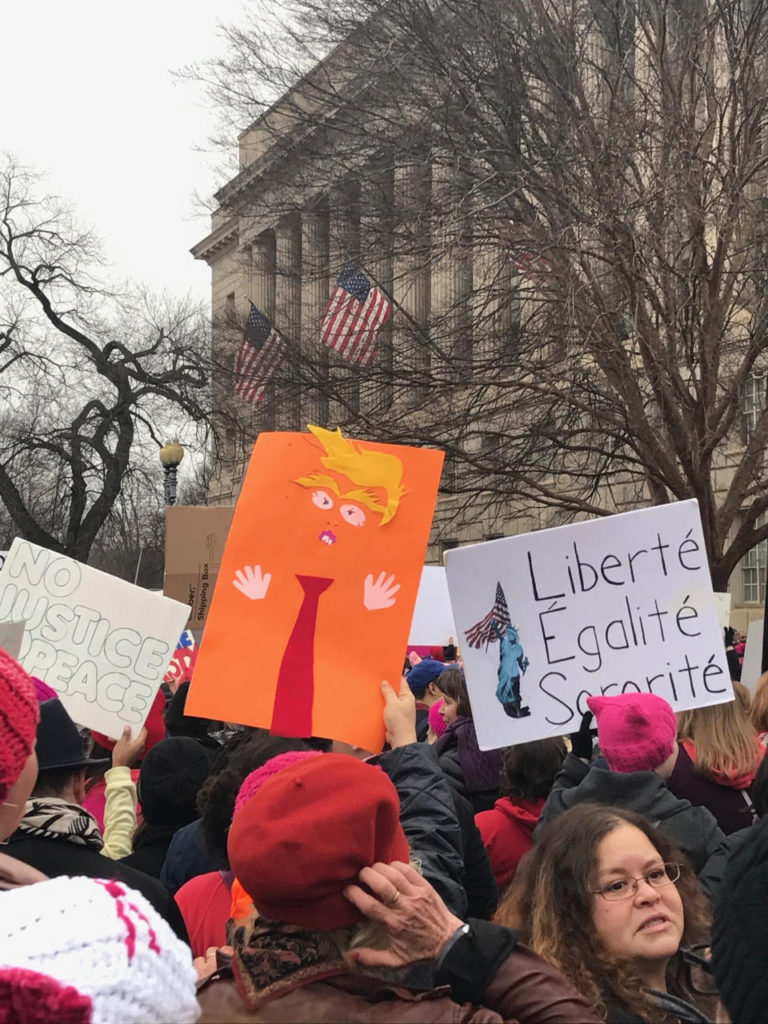 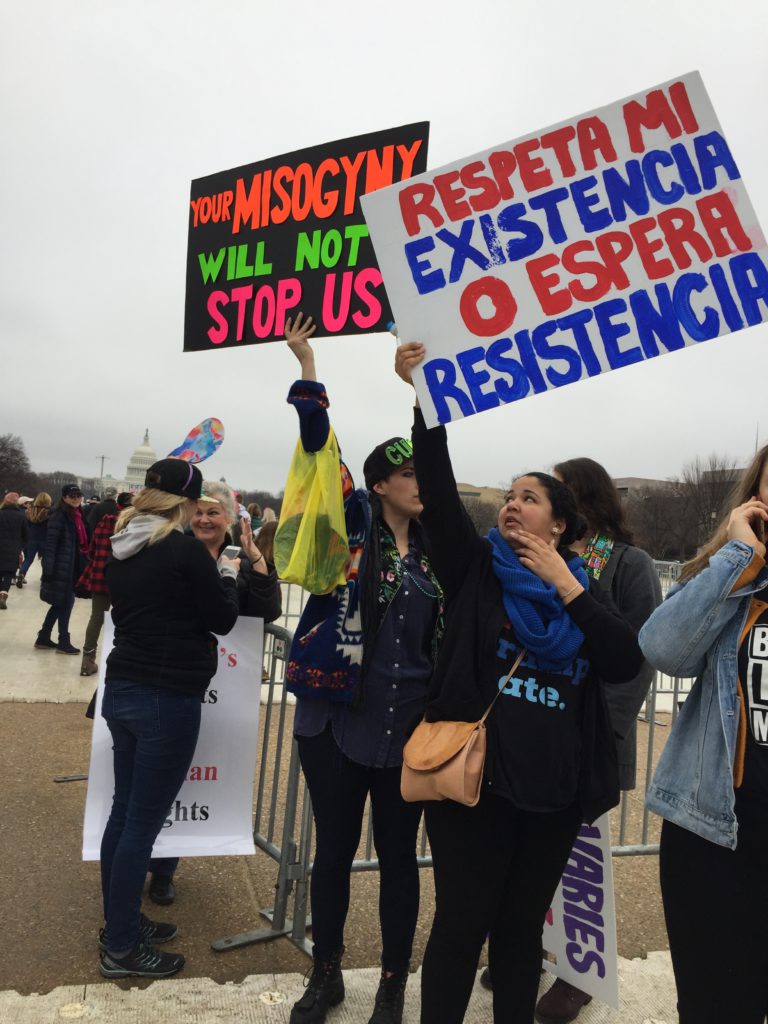 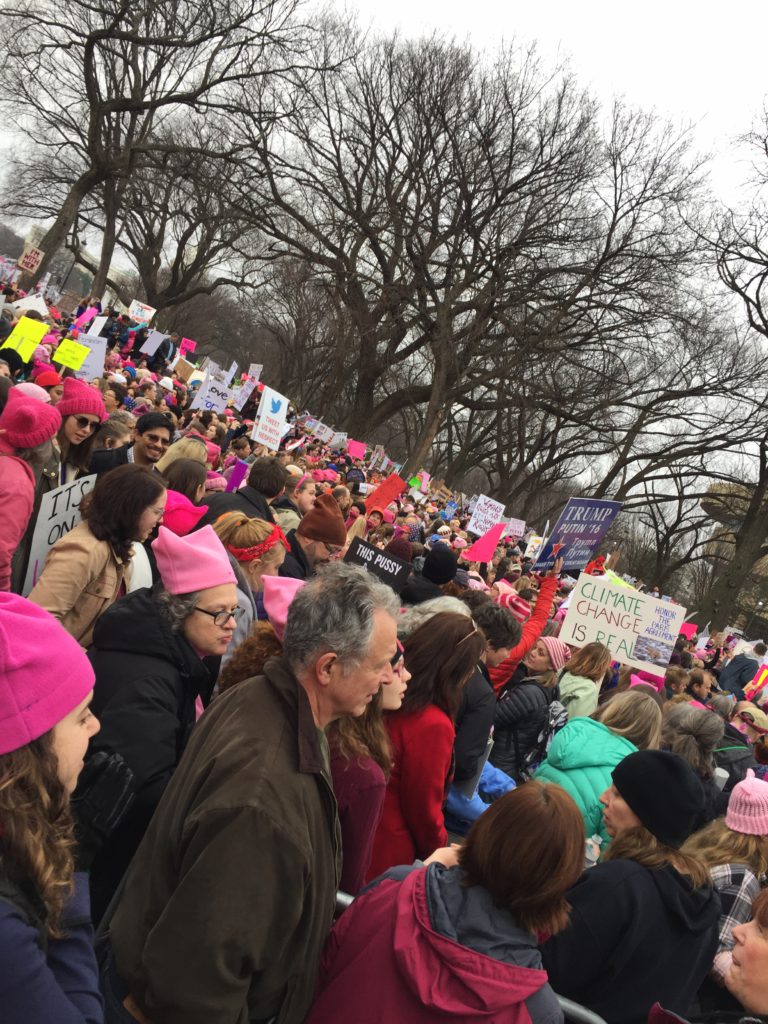 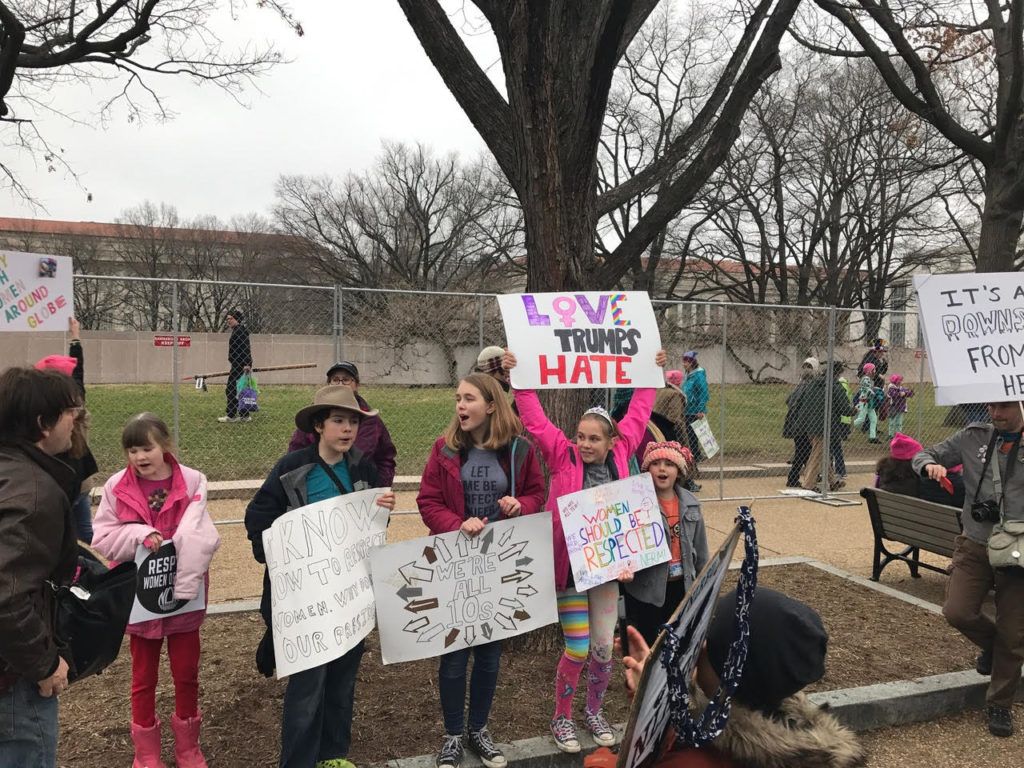 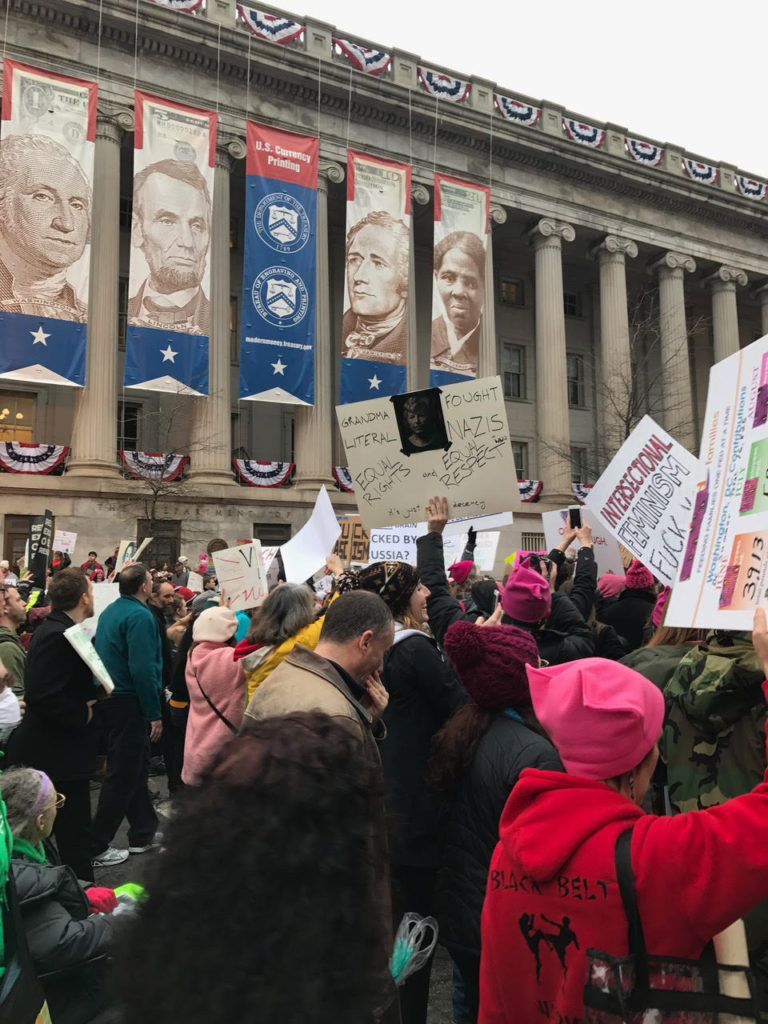