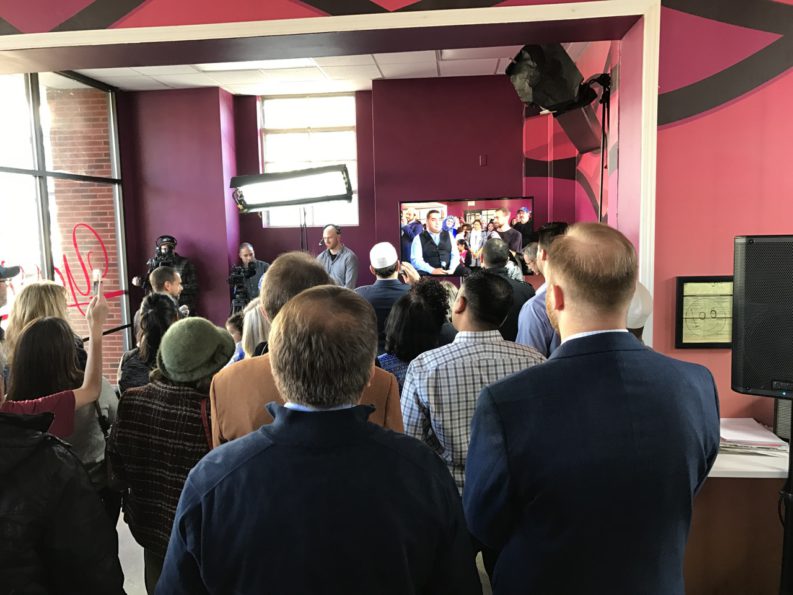 With President Donald Trump expected to sign an executive order any day that would put a freeze on accepting refugees and ban visitors from majority-Muslim countries such as Syria, the mobile payments company Square released a film about Knoxville’s own best-known Syrian refugee, Yassin Terou.

The 8-minute film was premiered Thursday morning at Terou’s Walnut Street restaurant, Yassin’s Falafel House, while being simultaneously streamed online. Afterward Jack Dorsey, founder and CEO of Square–and Twitter—interviewed Terou on Facebook Live about starting a small business after being granted political asylum in the U.S.

Terou voiced his dream to open “a restaurant in every city,” and his business partner, Nadeem Saddiqi, says a second Yassin’s location in Knoxville will likely be announced in the next few months. Saddiqi declined to say what part of town might be home to the next Yassin’s, which expanded in its current space last year.

Square chose to feature Terou first in its film series about Square customers who are small business owners achieving their dreams. Although Kevin Burke, Square’s Chief Marketing Officer, says the series was planned before last year’s presidential election, Terou rose to the top after Square executives read a Knoxville Mercury story about community members gathering at Yassin’s to support immigrants the day after Trump’s win.

“Yassin is just a really inspiring story,” says Dorsey, whose restrained manner, slight frame, and simple black T-shirt made it easy for the powerful entrepreneur to blend into the background. “But also his desire to help his community and be a place of inclusion—that’s exactly who we are as a company and what we want to promote.”

The film actually doesn’t mention Square at all. Terou tells the story of his business while the film’s construction builds a broader, almost defiant statement about love and acceptance for and by refugees.

Terou first came to the United States from Syria (after a month’s stopover in Spain) when it grew dangerous in 2011, believing it might be a temporary move. He and his former wife settled in Knoxville because she wanted to study at the University of Tennessee. Speaking no English, Terou found companionship at the Annoor Mosque, but wanted to succeed by his own effort. He rented a kitchen for an hour once a week to make sandwiches that he sold after worship services. Saddiqi provided the investment and, at first, free space to open the restaurant in 2014. Terou, who had divorced, remarried around that time, and his wife Jamhila now helps run the business.

The film shows Terou giving away falafel sandwiches to the homeless outside the Knoxville Area Rescue Mission, playing video games with his family, hiring and working elbow-to-elbow with other immigrants, worshiping in Knoxville’s mosque, and driving around the city in his car with the license plate “FALAFEL.” (Terou explains that because of the name of his business, many people think Falafel is his last name.)

“Having a business will give you a chance to represent yourself. It’s not only work. It’s a message,” Terou says in the film, as the restaurant’s welcoming sign “You are all safe here” flashes across the screen.

After the screening, Terou thanked Dorsey, in a thick Syrian accent, for the chance to show “our Southern hospitality.” When asked his favorite thing about Knoxville, Terou answered, “The people. They are strong, smart people, very supportive, and they will not let you down.”

Burke says similar films will be released by Square about once each quarter, each featuring a small business owner pursuing a dream. Smaller short films may also be interspersed.

During the premier, Yassin’s restaurant was packed with friends and supporters, with the happy burbles of Terou’s baby daughter providing a background soundtrack.

He says he feels saddened by Trump’s policy announcements this week, adding they don’t reflect his understanding of what America is about.

“I hope when people see this movie who were scared about Syrians and refugees, I hope this will change their idea,” Terou says. “I hope we will be the bridge for people to come here and have a good life.”

He says he thinks the Square video and the media exposure—including an interview with CNN—will help jump-start his dream of opening more restaurants.

“But we will always be a Knoxvillian company and never forget the love we had here, because that was the most important part of our business,” Terou says. 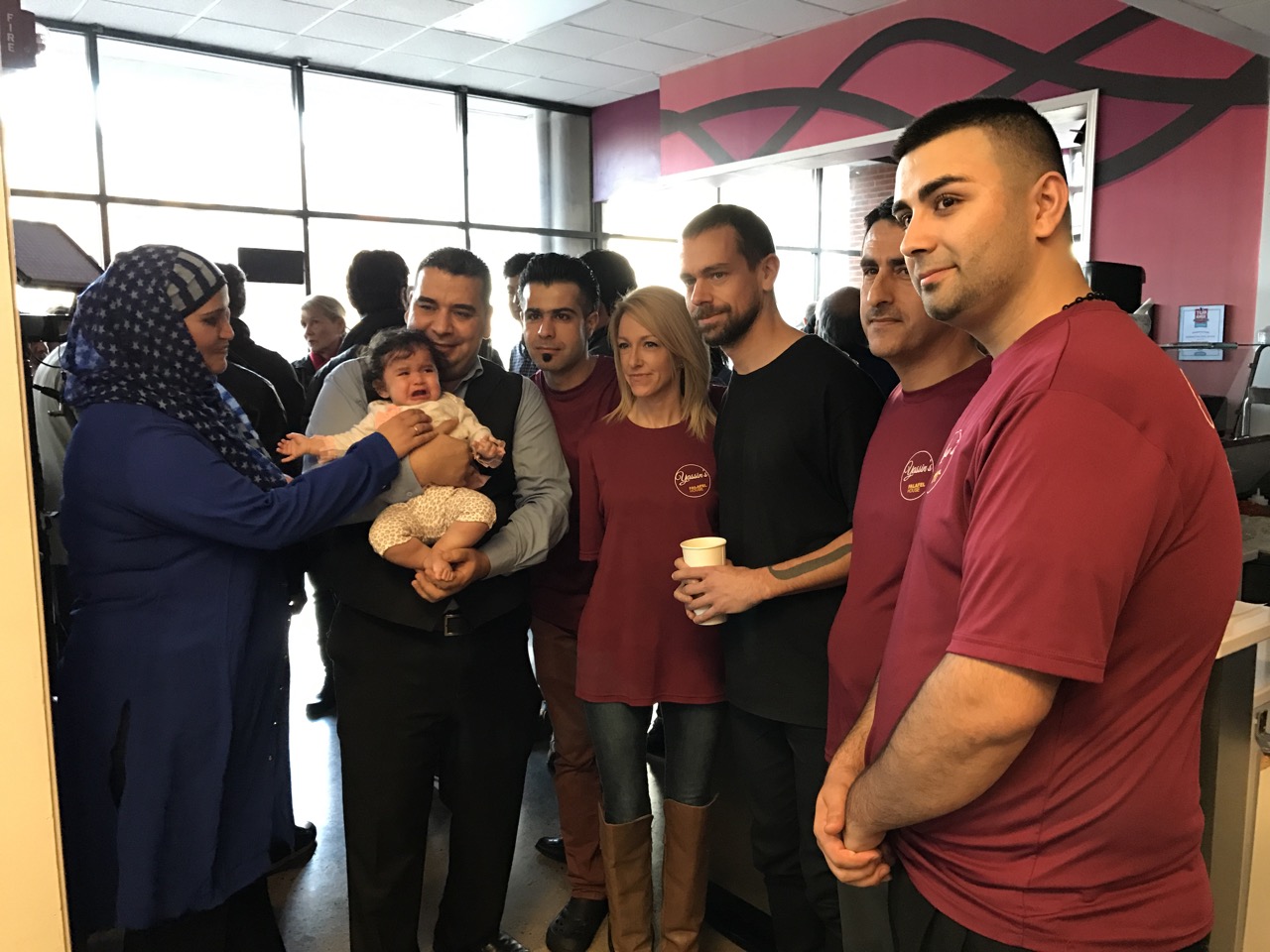