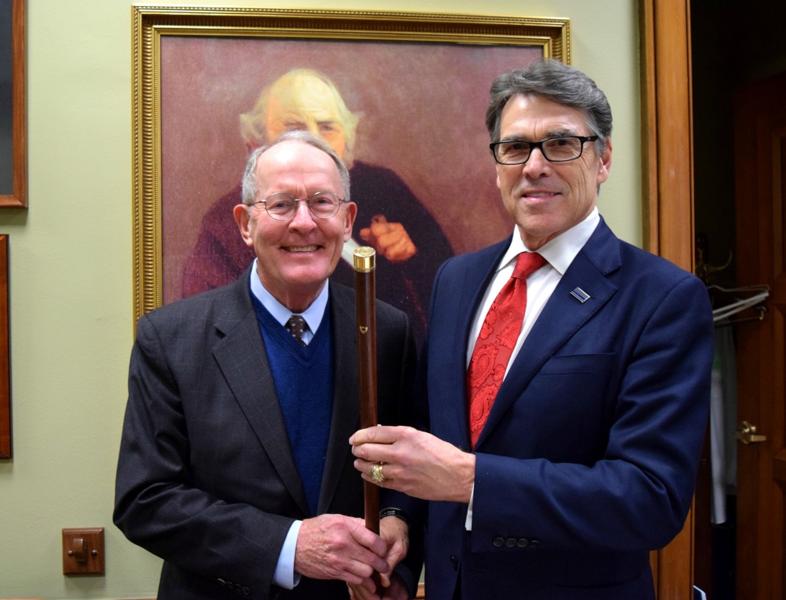 Alexander, a two-term governor of Tennessee and former secretary of education under George H.W. Bush, accused Democrats of classism and maintains the real reason members of Congress are opposing DeVos is because she supports charter schools and voucher programs.

His post had garnered nearly 7,000 comments — the vast majority of them stating opposition to DeVos — by 3 p.m. Thursday.

“Democrats desperately are searching for a valid reason to oppose Betsy DeVos for U.S. Education Secretary because they don’t want Americans to know the real reason for their opposition,” Alexander posted on his Facebook page on Tuesday.“That real reason? She has spent more than three decades helping children from low-income families choose a better school. Specifically, Democrats resent her support for allowing tax dollars to follow children to schools their low-income parents’ choose — although wealthy families choose their children’s schools every day.”

Alexander, who in the 1990s supported dismantling the Department of Education, went on to equate a voucher program — in which parents would be given government money to defray the cost of sending their children to private schools — with the GI bill, which covered college costs for millions of veterans upon their return from World War II.

“Why, then, is an idea that helped produce the Greatest Generation and the world’s best colleges such a dangerous idea for our children?”

Responses to his post were quick and, in some cases, acidic: “This is not a partisan argument. It is an argument about competency. DeVos is not competent and is an extremely poor choice for the Education Dept,” one person wrote on Facebook.

“Or there’s the fact that she’s got no experience, gave hundreds of millions of dollars to the troll in chief, couldn’t answer the simple question of if all public schools should be held to the same standards. Or maybe she was just afraid if she answered she’d be (attacked) by grizzly bears?” wrote another.

Some expressed dismay at Alexander’s own vituperation, suggesting they would no longer support the senator from Blount County.

“I used to have some measure of respect for you, Sen. Alexander. At one time you actually considered the facts and voted your conscience. Now you’re just a partisan hack like Mitch McConnell. Do your job and vote against this unqualified nominee.”

Politico reported Thursday that senators had received tens of thousands of phone calls in opposition to DeVos, but her confirmation appears likely.

Some supporters were among the thousands who responded to Alexander’s post.