The Treachery of Images: Why Are So Many Buildings in Knoxville Plastered with Classical Bric-A-Brac? - The Knoxville Mercury 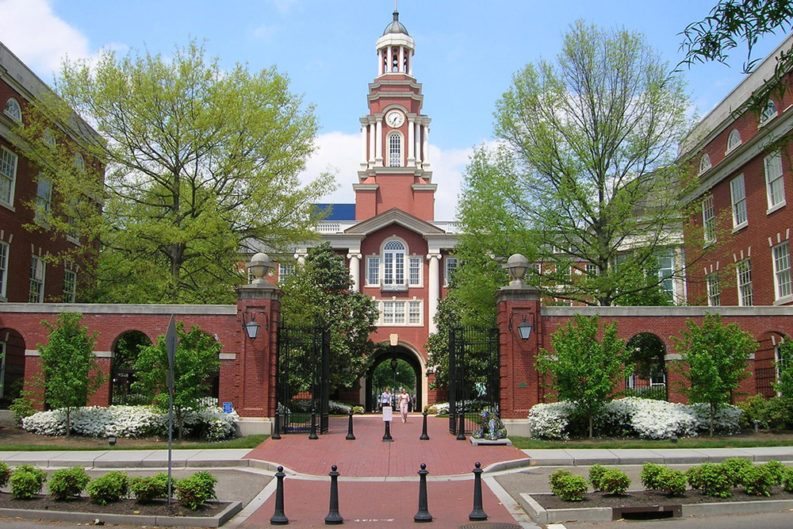 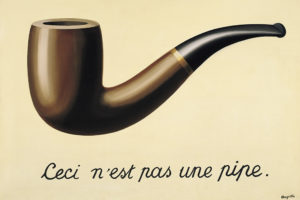 Courtesy of The Los Angeles County Museum of Art

The Onion, the most reliable and consistently hilarious fake news outlet on the planet, is having financial problems. In no small measure owing to Donald J. Trump’s presidential campaign, they find themselves on the horns of a dilemma: How do you parody a “real world” that is already a parody of itself? It’s eating into their bottom line.

For example, it’s generally accepted as true that for some time now we have been in a “post-truth” era, so much so that the Oxford English Dictionary chose it as the Word of the Year 2016. While the term first appeared in print in 1992, Casper Grathwohl, president of Oxford Dictionaries, explained: “We first saw the frequency really spike…in July [2016] when Donald Trump secured the Republican presidential nomination. …I wouldn’t be surprised if post-truth becomes one of the defining words of our time.” Logic and grammar, unfortunately, dictate that if something is both true and post-truth, it must be false. Therein lies the Onion’s bind, and our own.

In an epoch of Trumpism, birtherism, and demi-fascism, it’s challenging to logically argue that anything at all—much less that something seemingly so distant from most peoples’ daily lives as architecture—really matters. Why write about the importance of distinguishing, for example, between Gothic and Elizabethan Revival architectures on the UTK campus, or why we as a community would be better served by never building single-purpose parking garages in our city’s center? Is it really worth discussing the virtues of razing an elegant and unique, midcentury modern building by one of the region’s finest post-war architects, in lieu of constructing a poor copy of a Jim Crow-era high school? Aren’t these distinctions little different from choosing chamomile over Earl Grey?

There are occasions, however, when verifiable facts and the true meanings of things matter, revealing larger, less obvious lessons, weightier than a cup of tea. A minor story published several months ago in a small regional California online news outlet, about a chunk of historic building slamming to the sidewalk, is a good place to start. 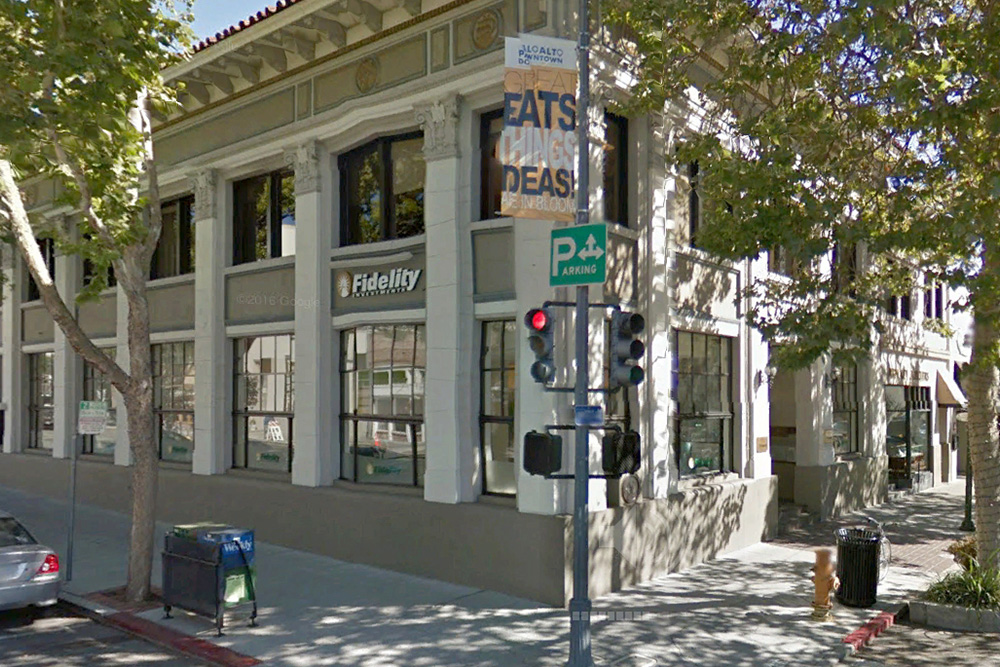 The former First National Bank of Palo Alto. Sometime between Friday evening, Aug. 5, and Sunday morning, Aug. 7, it lost one of its astragals.

That the “concrete cornice,” as reported, didn’t hit anyone on the way down wasn’t so surprising; Palo Alto may be more pedestrian friendly than Wilshire Boulevard, but it’s no Venice Beach. What seemed off about this story, at first, is that the cornice stood only 15 feet from the ground. Indeed, the images documenting the event on Palo Alto Online tell a different story.

The offending molding (that appears to be rendered stucco, not concrete) is an astragal, not a cornice fragment. An astragal is a bulbous linear edging that typically finishes the upper-most portion of a column, or in this case, one of the pilasters (engaged columns) that animate the Neoclassical 1906 bank façade. Cornice and astragal are different, not in degree, but in kind. The former is very large and composed of several smaller elements, one of which is invariably, an astragal.

Why should any of this matter, save for the owners of the former bank building, the Palo Alto building inspectors, and students of architectural history?

First, because when cornices fall off buildings it’s typically a pretty big news story. They tend to be big and heavy and they’ve been known to kill unsuspecting pedestrians. Sadly, this has fomented a rash of cornice-stripping in more than one city in the United States over the past century, leaving many turn-of-the-20th-century buildings scarred in the wake.

Second, the difference between cornice and astragal matters because what we call a thing matters. This is especially true in the professional world where we expect skilled practitioners to know the nomenclature of their discipline. We presume they are well familiar with the geography of their professional territory, that they have traversed it so often they can do so unaided by map or compass. Whether it’s medical, legal, or the building arts, how we name a thing matters.

We expect physicians to be well versed in things anatomical. If one’s doctor has a habit of conflating a sinus for a sphincter, it’s probably best to get a permanent second opinion. Lawyers who confuse a tort for a tart are better off oven-side baking than inside courtrooms. And architects, or those writing about architecture, unable to distinguish one style from another, a part from a whole—in this case, a cornice from an astragal—should probably either find another line of work or consider some additional education. The Palo Alto Online author surely gets a pass. But what of others who ought to know better, and right here in Knoxville?

Cornices—a basic architectural element—long predate the ancient architectures of Greece and Rome, yet the term is relatively new, originating in the latter part of the Italian Renaissance. A brief walk along Knoxville’s Gay Street or Union Avenue demonstrates that they come in many different shapes and sizes, materials and manners, finishing the uppermost portion of the exterior walls of most public and civic buildings built before the middle of the last century.

Architects in many parts of the country and schools of architecture with decent history courses still learn when and where these elements are best used, and best not. While they’re a normative part of certain building types and architectural styles—such as Neoclassicism—significant cornices don’t belong everywhere on every sort of building, in every situation. This is a matter of decorum. Even more suspect are those that appear overnight, rendered in a relatively retrograde material called EIFS (Exterior Insulation and Finish Systems), often erroneously referred to as “synthetic stucco.”

EIFS originated in the fast-paced reconstruction of bomb-damaged post-war Europe. As the name indicates, it is both a finishing material and an insulation. Applied to masonry substrates, as was the case originally, it worked rather well. Unfortunately, here in the U.S., where most of what we build is wood-frame construction finished with veneers, EIFS (in addition to inherent technical problems) tends to produce something closer to exterior set design, a kind of treachery of images rather than buildings in the service of architecture.

Introduced in the U.S. in the 1960s, its popularity rose in the late 1970s owing to the Arab oil embargo (energy conservation), and the rise of decorative (and vaguely historical) post-modern architectural façadism. There was a time, however, just a few generations ago, when only select building types were the appropriate venue for a significant cornice, or a pedimented portico for that matter. Today, perfunctory EIFS-made classical embellishments (cornices, porticoes, dentils, niches, pilasters) have become as common as cockney. 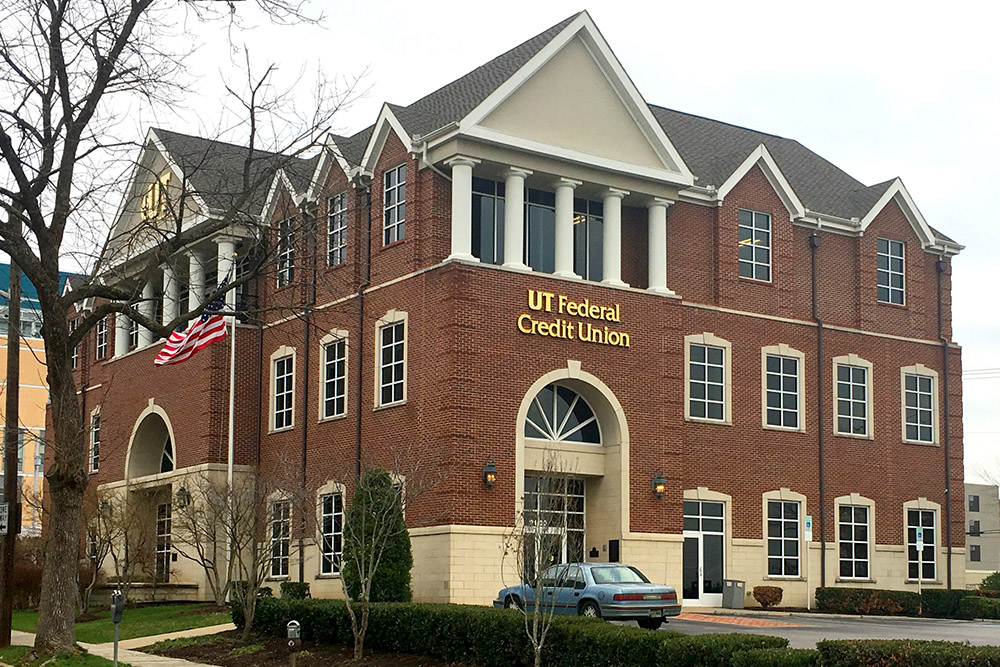 Locally, while there are plenty of examples of this sort of post-truth classicism (in EIFS, other polymer-based materials, wood, and even stone), one of the most egregious are the facades of the UT Federal Credit Union’s headquarters located on the edge of the Fort Sanders neighborhood. The pedimented porticoes pasted on its facades beggar comprehension for more reasons than space allows. In brief, it’s helpful to remember that porticoes are, simply put, porches writ large, intended for human occupation. However, much like the plastic shutters screwed onto suburban houses, the UTFCU porticoes may conjure vague associations of past-ness, but they are largely free of either utility or decorum.

While many Neoclassical buildings from the 19th and early 20th century are adorned with upper-level porticoes, they typically create a gracious space outside that directly relates to a grand room inside. Moreover, invariably one enters the building through one. Here and elsewhere the Credit Union falls short, wherein it reduces the fullness of classical symbolism to a collection of empty signs.

Then there is the question of number. In antiquity, numbers had discrete associations and actual meanings. The numerical problem with the Credit Union’s porticoes, however, is a far simpler case of a “fifth wheel”—something “superfluous, unnecessary, or burdensome.” In this case, the interloper is a fifth column further rendering the porticoes post-truth. Classical porticoes never have an odd number of columns. The spaces between the columns are always an odd number, in service of a major, and often ceremonial, central axis that one moves along. Interruptus is as bad architecturally as it is uncomfortable physiologically. The Credit Union’s five-columned-thingy topped with a 45-degree angled pediment is not a portico any more than the pipe in René Magritte’s The Treachery of Images (1929) is a pipe.

Knoxville is lousy with post-truth classicizing elements intended to aggrandize otherwise grandless buildings: the Hampton Inn at the corner of Main and Cumberland, the new Cumberland Avenue Holiday Inn (between 17th and 18th streets), and any number of EIFSed commercial facades along Kingston, Clinton, and Chapman roadways (and even in downtown) that are more bricolage than brick and mortar.

Building is easy. Building well is hard. Building architecture is harder still, which is why it is so rare. It requires a far-ranging knowledge base and the exercise of prudence in the face of the frivolous. It is why we should honor it when it happens, care for it as it ages, and remember fondly the architects, designers, and craftspeople who help realize the visions of several, into the building of one.

Featured Image: The Howard H. Baker, Jr. United States Courthouse. The About Knoxville (AK) website refers to this structure as a “postmodern rendition of neo-Georgian architecture.” Why a steroidally enhanced version of Philadelphia’s Independence Hall would seem an appropriate image for the publishing empire of Whittle communications remains unclear. Completed in 1991, AK reports it was sold three years later at a loss of $34 million and now, more appropriately, houses federal courtrooms and governmental offices. Photo courtesy city of Knoxville.