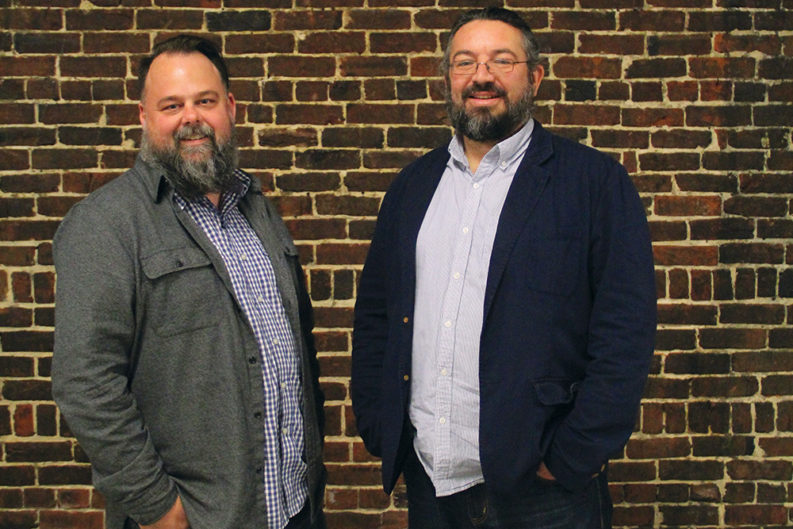 “Good at waiting” should be at the top of Stanton Webster’s resume.

After about 16 months as operations manager for Knoxville’s first distillery, Knox Whiskey Works, he’s sold his share and moved on to help four other co-owners start Knoxville’s second distillery.

This one is called Post Modern Spirits and is an Old City stone’s throw from KWW at 205 West Jackson Ave. in the historic Jackson Terminal.

It won’t be as closely tied to whiskey as KWW, so there won’t be the requisite two years aging for whiskey releases.

“Let’s start making spirits!” is not something you do on a whim in East Tennessee. The process that the partners hope results in 4,000 square feet of bottle sales, tastings, and tours absolutely must begin with federal-level approvals that will conclude on a “who knows?” timeline.

“That’s the catch-22 of starting a distillery,” Webster says. “There’s no legal amount you can home distill. Unlike beer or wine, you can’t make a small batch at home legally to practice.”

But running the maze a second time doesn’t seem to worry the irrepressible Webster, who will do some sales and the co-operations manager honors along with Eric McNew.

Webster’s the kind of guy who can say “we took a lot of time really honing the business plan to make sure we can get started legitimately and functionally” in one breath, and marvel at mezcal with the next.

“I’m really into anything with mezcal now,” he says. “I love that kind of smoky, spicy take on tequila. Use it in place of tequila or whiskey in cocktails and it would be really, really tasty.”

He’s so pumped about all things Knoxville distillery, he’s willing to make the radical claim that Knoxville now has an established cocktail culture: a knowledgeable fan base.

“Definitely,” he says. “You look around and there are places doing great, great cocktails. They’re even starting to incorporate them into regional chain restaurants. They’re squeezing fresh juices, featuring smaller batch brands and different spirits—dedicating some space on the menu for cocktails.”

The public is driving the trend. “Both bartenders and cocktail drinkers in this area have gotten collectively smarter about the spirits and the options,” he says. “The base knowledge about ingredients and brands and cocktails that people are walking around with is much broader than it was five or 10 years ago. Bartenders are getting requests for things like Boulevardier and Negronis and for drinks with previously mysterious ingredients. These days people come into the bar already knowing about these things.”

The time is right for this distillery, says Webster, even if it doesn’t launch until we’ve seen more of what a Trump presidency will do to the local, regional, and national economy.

Solace or celebration, a distillery is a great business in turbulent political times.

“Isn’t that what they say?” Stanton Webster asks—confident, but not gloating. “That the liquor industry is recession proof? We get them on either side of the issue, celebrating or unhappy.”

Webster’s a farm boy. That affects his entire outlook on making spirits, looking back and moving forward, but not in the Footloose fashion.

“My interest in spirits ties back into a rural upbringing,” he says. “During Prohibition you had distilleries on almost every farm; spirits were looked on as a value-added product.”

He studied agriculture at the University of Tennessee beginning in 1994 and still would like to link the distilling business to include regional family farms. Oh, not to the point of re-establishing the still behind the barn, but more as growers for key ingredients.

“Wouldn’t it be nice if we could get that back? There is so much agricultural land ripe for growing corn and grains that could work really well for Tennessee distilleries. And the orchards. Their produce could be a really interesting avenue for brewers, wineries, and cideries and really help our sustainability.”

Mostly, though, the impact of growing up on a beef cattle and tobacco farm in Chestnut Mound, Tenn. prepared Webster for the hard work that goes with a distillery.

“If you’re not willing to do the hard work, distilling is not for you,” he says. “It starts out just like any other small business, and you’ve got to be willing to jump in and do as much as you can.”

And you have to know how to wait.

Stanton Webster’s Trouble Over Me

Webster is a genial and enthusiastic mixologist, most recently for the tasting room at Knox Whiskey Works and in featured posts on the Bar Notes blog, where his handle is Suttree Sam.

Currently he says he’s been enjoying anything that uses good, bitter flavors, like this Trouble Over Me he says he created in a brooding moment. In the recipe he notes: “I was rather surprised by Los Nahuales Mezcal Reposado. The mesquite smokiness is full and rich, the light touch of oak helps tame the beast. I was vaguely reminded of peaty Scotch, and then this Rusty Nail variation happened.”