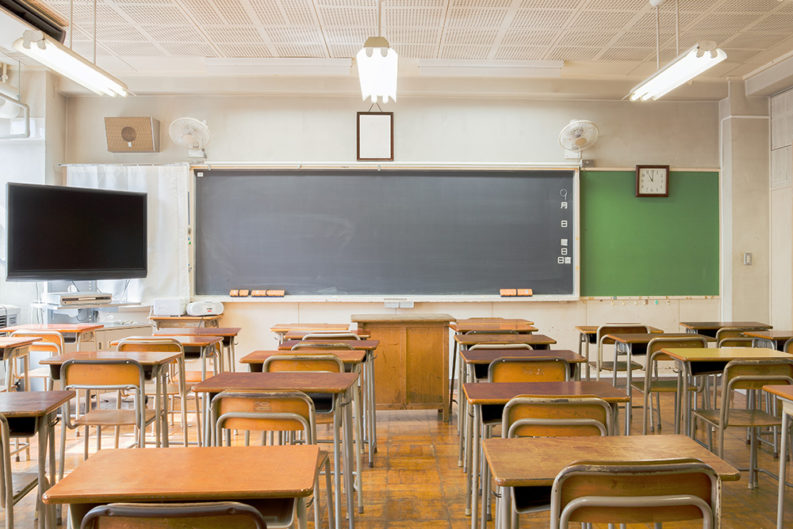 When it comes to tackling racial disparities in education, history is not repeating itself at Knox County Schools—so far.

A decade ago, recommendations to close the gap between treatment of black and white students were shelved during a transition between superintendents. Last spring, a larger Disparities in Education Task Force again tackled issues of disparities in student discipline and academic progress. But despite another leadership turnover, this time the district is moving ahead with many of those recommendations—although in some cases more slowly than originally envisioned.

Many minority community members involved in the process say they are pleased so far—but at least one remains unconvinced that the process will create lasting change, and uncertainty remains about what will happen when a new superintendent takes over the school system.

Last year, the Disparities in Education Task Force of community members and education officials made a list of 36 recommendations related to staff and school resource officer training, discipline and arrest policies, recruitment of minority staff, and more. The task force has been replaced by a steering committee, designated by interim Superintendent Buzz Thomas, which will review progress and which has created several specialized committees, such as a discipline committee, to craft concrete policies.

Each recommendation was given a time frame for implementation. The changes are meant to eliminate disparities in treatment based not only on race but also income, language, disability, or neighborhood.

The process began primarily because the school district’s own data showed that since at least 2004, black students in Knox County schools have been suspended at about three times the rate of their white peers.

This and other school district data were grounds for a 2014 federal discrimination complaint filed against Knox County Schools by the University of Tennessee School of Law Education Law Practicum, one of several such complaints lodged against the school district in recent years. Although the U.S. Department of Education’s Office of Civil Rights chose not to investigate because the complaint did not name specific people who had been harmed, the situation spurred former Superintendent Jim McIntyre to convene the task force.

McIntyre left his job last summer, and the district is still seeking his replacement. Elizabeth Alves, who had been in charge of many of the initiatives as chief academic officer, also left for a new job.

But Thomas and his staff nonetheless report slow but steady progress on a number of the recommendations.

“The interim superintendent has made this one of his highest priorities and remained personally involved,” says the Rev. John Butler, president of the local NAACP chapter and a member of the steering committee.

He and Tomma Battle, a parent who serves on the steering committee and the discipline subcommittee, praise the school system’s efforts and its agreement to be publicly accountable via quarterly updates online. (The first will probably be posted in February, says Melissa Massie, executive director of student support services.)

“I think the district is moving ahead and making progress in each of the areas,” says Coral Getino, a bilingual parent on the steering committee. “We’re behind, I can tell you that for sure. … It is a little frustrating to me not to have data yet.”

Getino says the lack of a superintendent may be slowing things down, but she admits the timeline might have been unrealistic. She says the steering committee is still getting established.

“We really haven’t met enough to get a good grasp of how we’re doing,” she says.

However, Massie says she thinks the district is “on track overall in most areas.”

The district has taken some significant steps toward the goals. It hired an ombudsman to mediate between the school system and families of disabled students. It has advertised for a minority recruiter and a general ombudsman, who will serve as a liaison in implementing the recommendations and will report directly to the superintendent.

One recommendation was to restructure in-school suspension to reflect restorative practices, a model that de-emphasizes punishment in favor of working with students to solve problems and make reparations. Fulton and South-Doyle high schools and Gresham Middle School are piloting this approach this year, Massie says.

Amelia Parker is an organizer of the Coalition to Stop School Push-Out who now serves on several committees to implement the task-force recommendations. One was assigned to help select a company to provide “cultural competency training,” intended to help staff recognize their inherent cultural biases and better understand the experience of those from different backgrounds.

Parker says a vendor had been chosen when the school district canceled the request for proposals in November and started over. The district now estimates it will choose a trainer by February.

“It’s been really frustrating,” says Parker. “I was happy about the trainer we selected. … It’s thrown that whole timeline off and making us go through that whole process again.”

Massie says the change was made because the district wanted to stipulate that all 8,000 employees receive job-specific training in person from the experts, rather than using a train-the-trainer model for a small number of staff, or training via remote classes. She says the district may spread the training over several years to achieve this. (Parker says the cost of individually training all employees would run around $4 million altogether, based on bids the district received in the fall.)

Parker says the training was hobbled from the start by being underbudgeted. The entire Disparities in Education initiative was budgeted only $56,000 for the year, although Massie says the district earmarked other funds to afford $200,000 to $250,000 for the training.

The school district has been somewhat slow in other areas, too. For example, all the recommendations related to regularly reviewing discipline and arrest reports and training school resource officers—some of which were projected for implementation last fall—were not worked on with law-enforcement officials until a meeting early this year. Massie says law-enforcement agencies are in the process of adding related training, probably this spring.

The task force called for the district to start using “disorderly conduct” charges similarly in all ZIP codes and to partner with law enforcement to reduce school arrests, also by last fall. But the school district listed no progress on either of these benchmarks in a December update to the Mercury. Massie says the district is aggregating the arrest data to share with the Board of Education in February.

Overall, Parker says the process of implementing the recommendations “feels like we’re being put through this process that won’t really produce much of anything.” There isn’t a clear leader at the central office since Alves left, Parker says. She says the discipline committee is being asked to develop policy armed with only partial information about current discipline practices.

Generally, Parker sees only a token effort to include community members in the nuts-and-bolts work, from the makeup of the discipline committee (just 13 of the 55 participants are community members) to the lack of students involved in writing the Student Bill of Rights.

Still, the steering committee actually includes a higher proportion of community members than the task force did, with just six school district employees out of about 25 members.

Although the leadership gap fuels uncertainty, other community members are more hopeful.

“I’m very encouraged,” says Getino. “My hope is the new superintendent will have the same commitment to this issue that Dr. McIntyre had.”