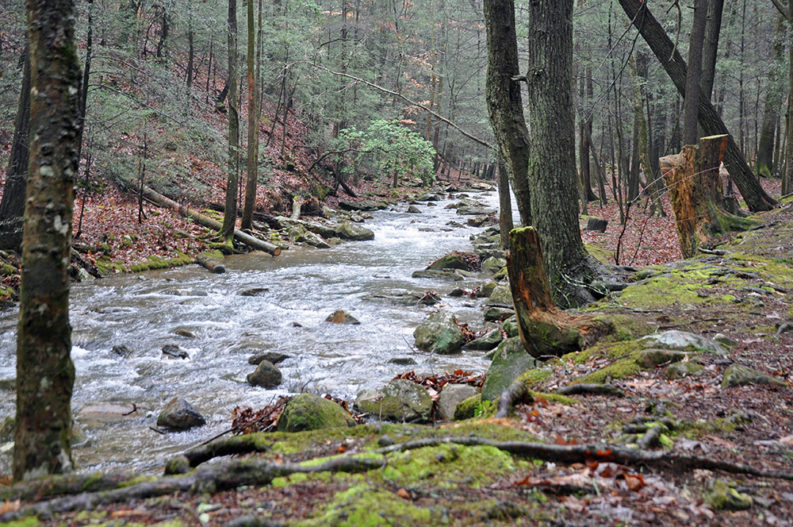 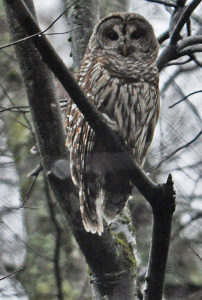 One of my students boiled down the definition of “wilderness” to this: a place outdoors that makes you feel free. Camping in the wilderness, particularly in winter, is about as free as you can get. And driving past a prison lined with razor wire (Morgan County Correctional Complex) on the way to your campsite at Frozen Head State Park will make you feel even freer.

Preparing for a camping trip, on the other hand, brings out my neuroses. The day before, I loaded my car with every camping implement I own, and two of some things. Accompanying me was novelist Charles Dodd White, whose idea it was to try out Frozen Head. I was eager to impress him with all of my gear, so the hatchback was so full I could barely see out the back. I hoped that Charles’ gear would fit; if not, I’d tie it on top.

He came out of his house with a backpack. Nothing else. And he had volunteered to cook dinner. I did not ask what was for dinner, fearing the answer. When you’ve camped with someone for a while, you sort of know who is going to bring what and who is cooking, starting the fire, driving and so on. Charles and I had never been camping together.

We got to the visitor center around 2 p.m., paid our camping fee ($23), bought a map and a couple of bundles of wood because it is forbidden to bring your own wood to the state park from outside of Morgan County. The campground proper was closed for the winter, but there were primitive sites (fire ring and picnic table) along Flat Fork Creek, and since it was late December, only two other campsites were occupied, each one a hundred yards away from us.

Charles produced a huge tent from his backpack and popped it up while I was struggling with a ground tarp and my smaller tent and rain fly. Rain was coming later, but now the sun was shining and quite a few people were hiking up and down the steep terrain of Frozen Head on one of the 18 trails.

We embarked upon a short hike up to DuPont Falls via Panther Branch Trail. I loaded up my backpack with camera, water, snack, voice recorder, bear spray, extra socks and A Golden Guide to Trees, and Charles went on ahead completely unencumbered. Empty handed.

It gets dark early at Frozen Head, with the campground in a narrow valley between steep ridges, so as soon as we got back, we set about starting the fire with the wood bundles and the fallen wood that lay about.

Starting and maintaining a fire is a team project, pretty much the entire point of camping for me. A little later, I would wonder aloud what person had invented campfires, and Charles would declare that they had always existed, that humans had always stared into fires.

As the night wore on, our wood bundles dwindled and we gathered sticks and boughs in a broader and broader radius. The air got frostier and a little breezy. At some point, dinner was served. Charles had earlier skinned the bark off a stick and did not put it into the fire. Now, he unwrapped a package of two ribeyes, folded one, and stabbed it with the stick.

He tossed a round loaf of peasant bread at me and told me to tear off the bread part of my steak sandwich. I found a baggie of salt in my duffle of cooking supplies and we were set. I would say if this dinner was below standards, and I have had some good campsite dinners, prepared a few times by people who were getting paid to do such things. This steak with salt nested within grocery store bakery bread was among the best meals I’ve ever had in camp, and certainly the best meal I’ve ever had that was cooked upon a stick that a fiction writer found on the ground.

Around 10, it began to rain and we retired to our tents to let the fire sizzle out. I had brought a couple of books, so I turned on my headlamp and read, cozy in my sleeping bag as the rain went tap-tapping. Best American Short Stories put me to sleep around midnight.

Around 3:30 a.m. I woke up with a bad feeling. The rain had stopped, but my bad feeling came from the chill I was receiving from a wet sleeping pad and a wet parka I was using as my pillow. There were small puddles around the perimeter of my tent floor. I got a towel from the car and swabbed as best I could, but by 6:30 a.m., after the wind came up, I gave up on getting warm and got into the car and turned on the heater.

I woke up Charles, who was probably afraid I was about to leave, and he joined me in the car to wait for daylight so we could break camp in a civilized fashion.

Frozen Head recommendations: 1. Go into the visitor center to see the rattlesnake and the albino squirrel on display. 2. Take the interpretive loop off Old Mac Trail and look for a friendly barred owl across Judge Branch. 3. Buy three bundles of firewood 4. Peg your rain flap fastidiously so that it sheds water away from the tent proper and doesn’t seep inside and ruin your book.

There are 10 backcountry sites that are free but require reservations. Overall, Frozen Head is a great place to winter camp, in the narrow valley somewhat protected from the weather. This time, with my faulty tent raising, I was glad to be car camping. 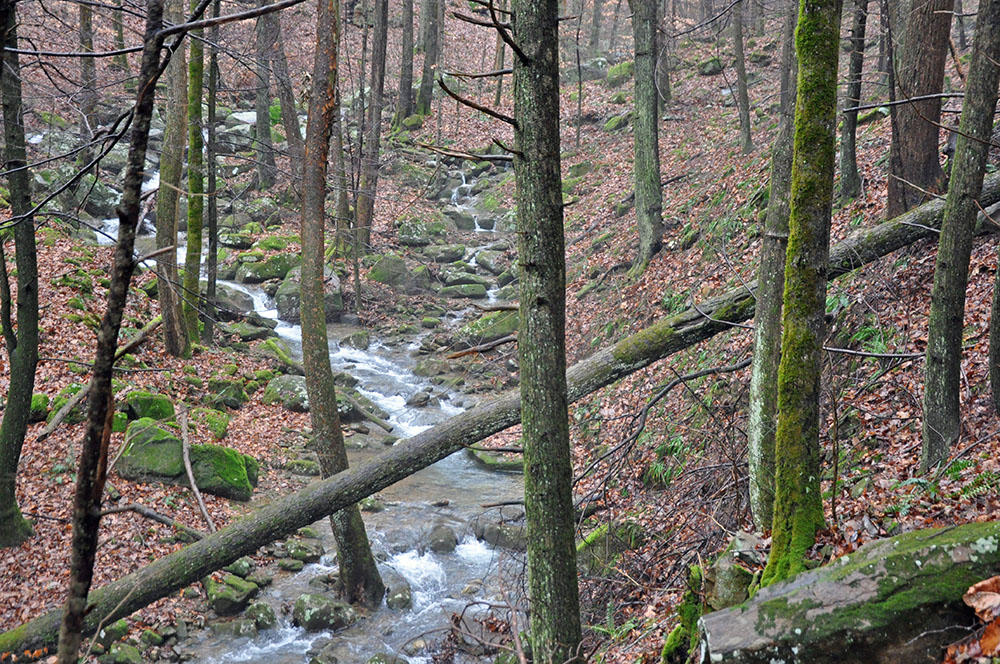