Many From Knox to Trek to Women's March, Local Events - The Knoxville Mercury 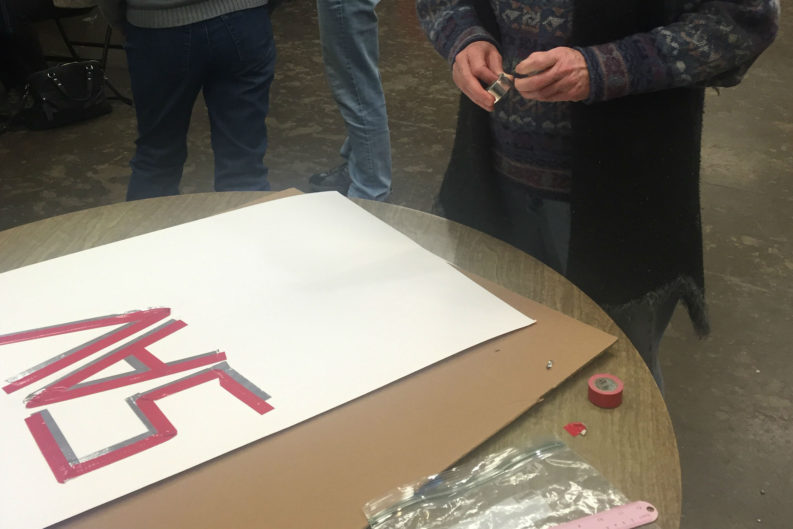 Knoxville is set to send more buses and participants to the Women’s March on Washington than any other city in Tennessee, local organizers say. Knoxville is sending four charter buses bearing 250 people to the protest scheduled for the day after the inauguration of President-Elect Donald Trump, says Kimberly Peterson, spokesperson for the local network of women organizing the transportation. And she says she expects at least that many more to travel to Washington independently to participate.

For those who aren’t making the trek, three local protests are scheduled: one Friday at the University of Tennessee, a rally and march in downtown Knoxville Saturday, and a rally Saturday in Oak Ridge. As of Tuesday, The Women’s March on Washington web site lists more than 600 “sister marches” planned in other cities in the U.S. and more than 50 countries.

Organizers say they have been startled by the enthusiasm of the local response.

“If anything good has come from this (election), it’s been such a huge wake-up call,” says Peterson. An an example, she says five different women approached her at a recent planning meeting for the march to say they have never been out of Tennessee and never attended a protest until now. “It gives you chill bumps,” she says. “It’s very moving to have women move outside their comfort zone.”

And planners say they don’t want the energy or the action to dissipate after the march. Multiple people are trying to set up local action groups based on a model provided by the book “Indivisible: A Practical Guide for Resisting the Trump Agenda.” It’s a model that uses many successful elements of the Tea Party approach to lobbying elected representatives and developing more candidates for local offices.

Peterson says not only Knoxville but the Tri-Cities, Murphreesboro, Nashville, Chattanooga and Memphis are sending buses to the Women’s March on Washington. Knoxville organizers partnered with Scruffy City Hall to hold a fund raiser that is paying for 14 “scholarships” to cover the $150 bus tickets for people from “typically disenfranchised communities” to attend, Peterson says. Knoxville Democrats and the local Planned Parenthood are also spearheading groups to travel to Washington, she says.

Those riding the buses have met several times in person to plan logistics and make signs at the Tennessee Valley Unitarian Universalist Church.

Buzzfeed News has reported that a the women’s march has requested three times as many charter bus permits for its event as have been requested for the inauguration.

Peterson has four children who watched her campaign for Hillary Clinton. She is taking her 11-year-old daughter with her to the national march. “She’s a Girl Scout, and we do a lot of stuff to empower young women, and our message is one person can make a difference,” Peterson says. “You alone as an individual in East Tennessee, you may not think you have a lot of power – but combine with people all over the country, and have an incredibly large voice.”

Soon after the idea for the march was born, Peterson explained to her daughter why she was going. “I told her during the election women were very much objectified and put down and we don’t need to stand for that. We need to send the message that we’re smart, and we’re talented and we’re strong,” Peterson says. “And she said, ‘Can I go?’”

The national march planning page provides detailed information for families marching with their children, even babies, and the event will provides special accommodations for pregnant women.

Peterson and Caroline Mann, organizer of the Market Square event, emphasized that the marches welcome men and people of all political parties. Many who plan to attend the Market Square march indicate online that they will be taking their kids, too.

Among the topics marchers support and are likely to discuss are the need for the Affordable Care Act (often called Obamacare, which Trump vowed to repeal and replace), equal pay, maternity leave, reproductive rights, inclusion and diversity, and standing up for immigrants.

Mann, who is an organizer of the Market Square event, says it will include a brief rally around 1 p.m. with speaker Liza Zenni, director of the Arts and Cultural Alliance of Greater Knoxville, followed by a march to the John Duncan Federal Building and back, with the event wrapping up around 3 p.m.

“We have no explicit platform – it’s just in support of women’s rights, safety and health,” says Mann, who works in the U.T. division of enrollment management. “The goal of march is unity and common support for people who felt affected by the instability and the stomach-churning nature of the election cycle. It’s obviously in reaction to recent events, but we’re not protesting. We’re trying to come together positively to say we are powerful. And we’re going to change what needs to be changed.” She says event organizers are explicitly asking participants not to bring anti-Trump signs.

Among declared parade leaders will be representatives from the League of Women Voters, Knoxville’s faith communities, and leaders in LGBT rights and immigration issues.

Mann says the march came about after a friend asked on Facebook a few weeks ago why Knoxville wasn’t having a women’s march. “I said, ‘We need to do it.’” She had hoped for 200 people, but more than 800 have indicated their intention to come through the National Action Network registration site. There are more than 2,000 people in the Facebook group for the event.

“I have been stunned and overwhelmed,” Mann says. “I got in a Facebook conversation with someone I don’t know who said Knoxville was one of the only places she feels safe as a Democrat right now.” But Mann noted many Republicans are not happy with Trump’s approach either.

Although she wants the march to be diverse and welcoming, Mann says she envisions the action networks emerging from the women’s marches being more political. “We want to get them people interested enough to come to (elected officials’) offices in Knoxville, to go to events they attend and tell them what we want.” Mann says she has heard many new people say they are now motivated to run for office, and she hopes the women’s network can become more active in that process.

Another march will be held Friday, on inauguration day, at 12:30 on the University of Tennessee campus. Participants will gather at the Humanities Building Amphitheater at 1115 Volunteer Blvd and we will march through campus, ending at the Torch Bearer in front of the McClung Museum, says Kendy Altizer, a doctoral student who is one of the organizers.

The Anderson County Democratic Party is hosting the Oak Ridge event from 1 to 4 p.m. Saturday at the Oak Ridge Unitarian Universalist Church at 809 Oak Ridge Turnpike. Streaming video from the Women’s March on Washington will be shown while participants can network with local environmental and social justice groups.

Note: Mercury reporter Heather Duncan will be participating in the Women’s March on Washington on Saturday. You can follow her experience on Twitter at https://twitter.com/Duncanreporter.