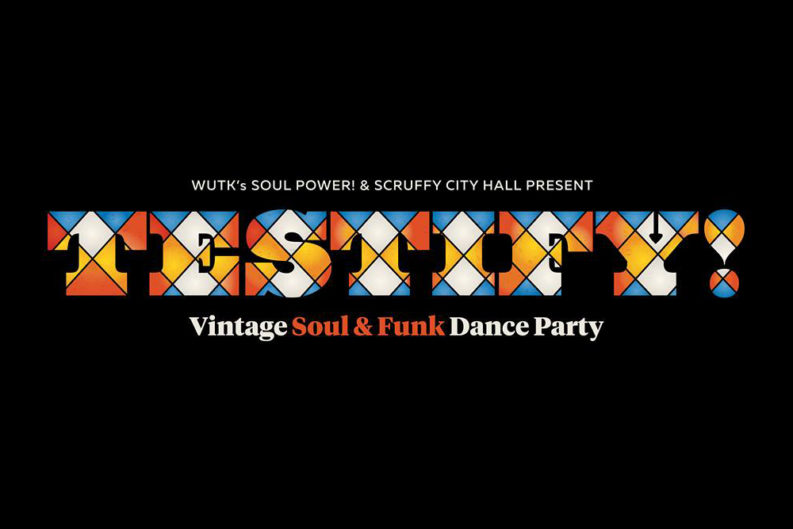 After surviving the tumult of 2016, we all deserve to roll up the rug and let loose.

At the inaugural Testify! Vintage Soul and Funk Dance Party, on Saturday, Jan. 14, you can do just that. The event will be hosted at Scruffy City Hall and feature four DJs spinning the best soul and funk music from the 1960s and ’70s. For $5, attendees will be able to get down to Northern and modern soul, funk, and R&B, all played on original 45 rpm vinyl.

Kevin Jones, who came up with the idea for Testify! last October, says he felt there was a gap in Knoxville’s music scene, which focuses largely on live music. Jones came to Knoxville from Chicago, where he was a founding member of the Windy City Soul Club, which regularly hosts a popular dance party.

“I feel like Knoxville has a strong vinyl record culture,” Jones says. “It just isn’t really reflected in many of the dance nights or even just smaller bar parties that we have around town. But I feel like there is a yearning with people in the community to have something like this—it just hasn’t really happened before.”

Jones partnered with Scruffy City Hall and Ellen Hyrka, the host of WUTK’s Soul Power specialty show, to bring the idea to fruition.

The four DJs for the first dance party are Greg Belson, from Los Angeles, Nick Soule, from Chicago, Daniel Mathis, from Memphis, and Knoxville’s own Nathan Moses. Jones says they are known for their skill as collectors of rare soul and funk records; their talent lies less with the technical aspects of deejaying and more with taste.

“It’s like making the perfect mixtape,” Jones says. “That’s the skill that these guys have, and they do it by finding stuff that nobody’s ever heard before.”

Belson, for example, is known for collecting divine disco, a subgenre of music created by gospel artists who wanted to extend their influence into clubs and onto the dancefloor. And Soule and Mathis have extensive regional collections from the music scenes of Detroit and Memphis.

“I’m very particular about the types of DJs that I bring in because for me it’s important to have new music coming in all the time if I’m going to do this on a regular basis,” Jones says.

The Testify! DJs will be spinning on vinyl, because many of the records from the ’60s and ’70s either never made it to digital formats or were only released regionally. East Tennessee itself is no stranger to funk and soul, and artists like the Martells, Genuine Black, and Clifford Curry called Knoxville home.

“I think so much of this music hasn’t been heard by the masses, but that doesn’t mean it’s not good and it’s not great dance music,” Jones said. “It just never got that sort of attention that, say, a major label  like Motown was able to get.”

Once the organizers see how the first dance party goes, Jones says they hope to make Testify! a seasonal event to get people out, dancing, and experiencing new/old music.