Settling Its Dispute with Dover Development, the French Market Moves On—Down the Street - The Knoxville Mercury 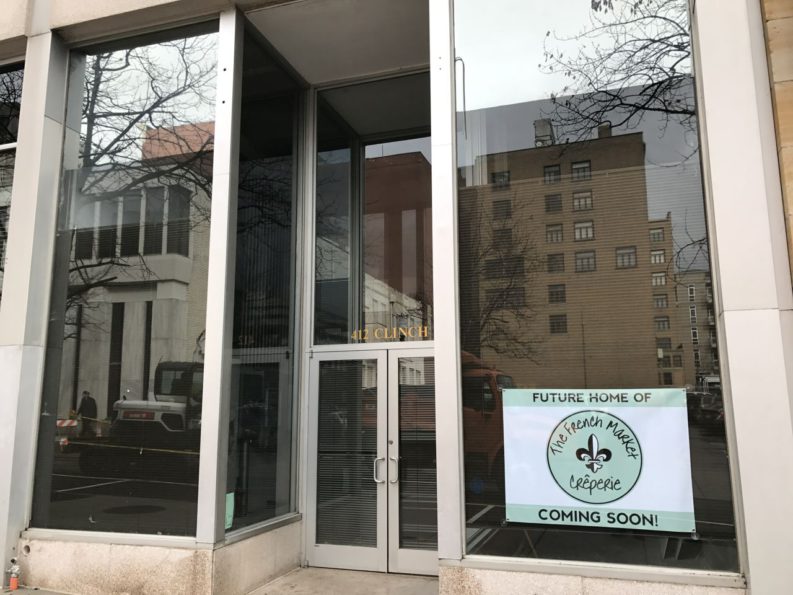 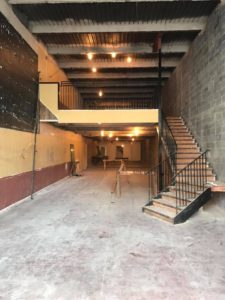 Ending their very public battle, the French Market and Dover Development have reached an accord that eases the popular creperie’s move to a new location just a block away on Clinch Avenue.

The settlement, made just before Christmas, concludes an ongoing lease dispute that became something of a spectacle over the last year, with Dover Development employees reporting the restaurant to city and county inspectors, and the French Market owners taking to social media and City Council meetings to make the case that owner Rick Dover was plotting to force them out of the Farragut Building, which he is refurbishing for a Hyatt Place Hotel. When Dover hid the restaurant behind a wall of plywood—as part of the construction effort—it became emblematic of their escalating battle. But that’s all over now, though French Market co-owner Allen Tate didn’t want to share details.

“Rick’s happy with us right now, and we’re happy with Rick—he’s leaving us alone, we’re leaving him alone, everything’s good,” Tate says. “We know all the same people, so it was never-ending—no matter where we went in the city, we always had somebody asking us about it. And I’m sure he had the same thing. So we both had enough.”

A big hurdle in the French Market’s move out of the Farragut Building—where Tate and his wife Susan had previously signed a favorable long-term lease—was the Tates’ desire to find a new downtown location that wouldn’t greatly increase their rent. And they found it: the former location of Line’s cafe on Clinch Avenue, near the Asian bistro Kaizen. However, it will require a major build-out before they can move in.

“There’s nothing in there—we’re going to have to put in the entire infrastructure. There’s no electrical, plumbing, fire sprinklers, no heat and air—it’s a complete do-over,” Tate says. “It’ll be pretty major, but we’re moving everything from here [the current Gay Street location] to there: light fixtures, refrigeration, tables and chairs, it’s all going.”

But there are several big pluses that go along with all the new equipment the Tates will be installing: menu additions. The new fire-suppression system, hood exhaust, and $20,000 grease trap will result in pommes frites—true French fries. A new char-grill will inspire roasted vegetables and small plates.

Another advantage to the new location is its plentiful space: 2,200 square feet. This will allow the French Market to double its occupancy to about 100, as well as have plenty of room for storage—supplies such as the 40 to 50 bags of batter the Tates buy at a time to create their crepes. The space also includes a second floor that they may eventually open as a public space.

The restaurant will close its Gay Street location on Sunday, Feb. 26, and then take the next two days moving out its equipment. Tate says he hopes to open the new location before Big Ears, which starts on March 23. Studio Four Design—located right next door—will take on architecture duties, while construction will be handled by Christopoulos & Kennedy.