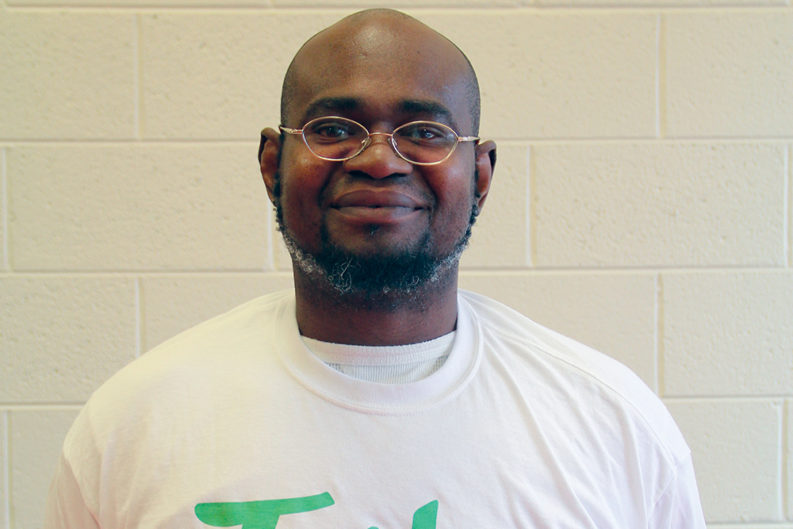 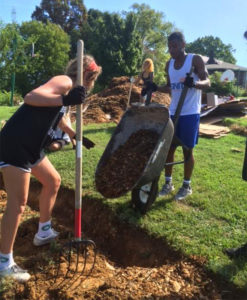 The name “Socially Equal Energy Efficient Development” gives you an immediate indication of SEEED’s many ambitions. Begun in March 2009 by current executive director Stan Johnson and co-founders Jarius Bush, Josh Outsey, and Jerome Johnson, it has taken on a dual mission of creating pathways out of poverty for young adults and equipping communities with environmental literacy skills.

Projects include an eight-week career-readiness program for ages 16-28, a partnership with the Knoxville Extreme Energy Makeover (KEEM) funded by TVA, and a community garden in inner-city Knoxville with 52 fruit trees and six raised garden beds. Grants for SEEED’s work come from an ingenious variety of sources, including Bank of America and the Tennessee Valley Unitarian Universalist Church.

So far, according to Johnson, the program has resulted in more than 50 young people getting jobs and furthering their education.

What’s a big difference for SEEED students looking for work compared to previous generations?
The job market has changed so much since the economic downturn of 2007-8. A lot of people lost their jobs and went back for more training then, and now that’s who these 16-28-year olds are competing against for work. And having a skill set is now so important for young people, but not necessarily the ones you that require four-year degrees. It’s not like the days when we just heard we were supposed to go to college and we went. I still owe $40,000 from earning my degree—I’m still paying on it 20 years later. It used to be that a liberal arts degree was good enough, but that’s no longer true.

How did you come up with the idea of serving the 16-28 age group?
It’s the hardest group in America to work with, so there’s that. More seriously, the high-school dropout rate in the center city is in the double digits, for South-Doyle, West, Fulton High School, Central, Austin-East.

Kids start dropping out at 16 and we’d like to catch them before they make that decision. Getting to the 28 part, even though kids in their young 20s think they’re grown, they’re still living with Mom and Dad or Mom is bringing them back and forth to work. Until you’re turning your own key when you get home at night, you’re not an adult. Between me and the three young men who co-founded SEEED, we wanted to help that age group discover: How do I become an adult, and what does being an adult mean? Below 16 are still like little kids, and we don’t work with little kids. After 28, you’re set in your ways.

How does the stipend work?
The students selected for the course get $100 per week for three days a week and from 10.5 to 12 hours a week of work. We have contracts from the city or individuals to be able to pay them. They go out every day and tell people about energy efficiency, from weatherization to the KEEM program. We do it this way because our mission is to help young people get jobs and also get the community involved in environmental literacy. Having these young people as ambassadors is a super-cool way to get our point across.

Is there a spiritual component to your work?
There is. We believe that the best walk is your own walk and that the path out of poverty is not just a financial journey. There is also spiritual poverty, there is emotional poverty, there is health poverty. We see so much environmental poverty—everything and everyone around you is poor and you’ve never left your environment. Your whole world circulates around a 4- or 5-mile radius of your house and you’ve never been to a nature center or a UT football game and you don’t have access to things within your own community. All this poverty speaks to the spiritual realm. We are more spiritual than religious. If part of your journey out of poverty comes from a spiritual walk, we want to hear it. But if you want to come and preach that John 3:6 says XYZ, there is no place for that here. We want personal testimony, not a quote from the Koran or the Bible.

Another important aspect of our spiritual journey is that at SEEED we are socially equal. No one comes in as a mayor or a CEO with the idea of helping the poor little kids. Your status doesn’t matter here; you should be able to sit across the table from our group and discuss. We come in with the idea that here are humans who need help and we have the ability to help.

Where did you draw the most inspiration for the idea of establishing this project?
Really, God. I graduated Knoxville College in 1995 and became a salesperson. I soon bought my own dealership. I got to a point where I was glorifying myself. I even named my dealership Stan Johnson Super Auto Center and I always acted like I was literally doing this by myself. If someone gave me a pat on the back I was all, “Yep, you’re sure right! I’m the man!” It was bad. I hate to say it like this, but I was in step with corporate America, which tells you what to do to make a lot of money. It’s all about “I get mine, you get yours” and they don’t talk about happiness, or oneness with yourself. I was heading down that path—egotistical, prideful.

God gave me a vision, an epiphany, not gradual at all. He literally said, “I can’t bless you for taking my glory and saying you did this on your own. There is no place in there for spiritual blessings.” He said, “This isn’t the path I want you on. Stop thinking about yourself and go help some other people.”

And you know the wildest part? I started from there thinking I would be helping others. But it turned out, they were helping me. They’ve taught me languages, dances, handshakes—and the idea that we don’t always have four years to invest before getting into a job and out of the process. I have learned way more from the students and community than they have learned from me.

• Volunteers are needed in a variety of areas, from instructors and team leaders to gardeners and administrative helpers. See website for a full list.
• Donations can be made on the group’s website, but help with fundraising is also appreciated.