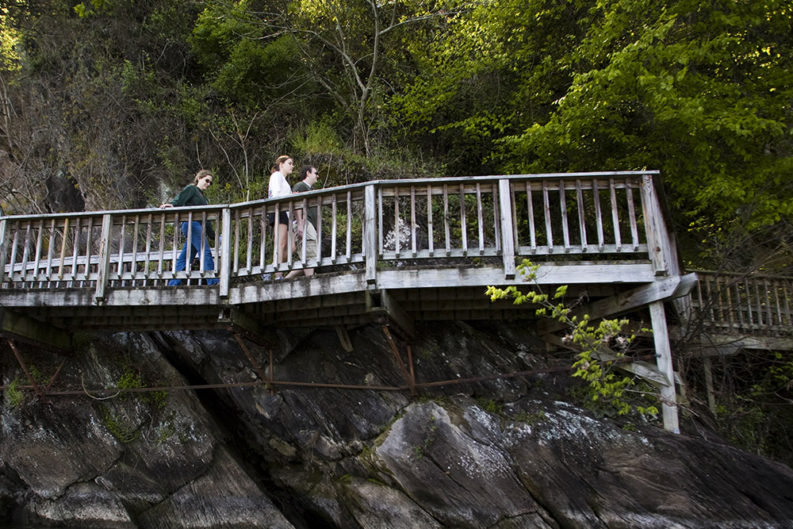 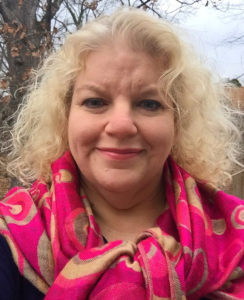 Amber Parker, 45, most formerly executive director of the Chincoteague Bay Field Station at Wallops Island, Va., replaces Paul James, who resigned his post in late September after 12 years. Bo Townsend has been serving as interim director of the 300-acre Ijams Nature Center, which is an anchor in the city’s 5,000-acre Urban Wilderness.

Parker, who has already made an offer on a house in South Knoxville, will start at Ijams on Feb. 20. She was special programs coordinator and education director at Great Smoky Mountains Institute at Tremont in Great Smoky Mountains National Park from 2001 to 2008, when she started work at Chincoteague. The field station is near Chincoteague National Wildlife Refuge and Assateague Island National Seashore. Parker earned a bachelor’s degree in zoology from North Carolina State University in 1994, as well as a master’s degree in environmental studies from Prescott College in Arizona in 2007, according to Ijams.

She sat down with us for a question-and-answer session last week.

Why did you get the job?
I think they were really looking for somebody who has a lot of partnership experience, and I do. I work a lot with university partners, as well as NASA, and U.S. Fish and Wildlife, and the park service, and the Nature Conservancy. It’s a lot of spinning plates you have to keep going, and that’s something I’m pretty good at. And they were also looking for someone who had a really strong environmental education and natural history background and was used to running programs like that, and I think all of those things combined, I guess they found in me.

What appealed to you about Ijams? Why did you pursue the job?
Ijams is beloved. Ijams is in the heart of everyone in this city, just about. And that really appeals to me, because when you can come into an organization that is so beloved, there’s so much support already, and that’s really exciting. But also when I look at Ijams I see an organization that is very well-grounded. It has the fundamentals in place.

Do you have passions you’d particularly like to put to work at Ijams?
Ijams already has a lot of my interests going on. They focus a lot on natural history education, and good science education. Ijams is doing a lot with adventure education now. I’m a kayaker, and they have kayaking programs, and they have hiking and mountain biking … A lot of my passion is involved in engaging underserved populations in the communities I’m in, and figuring out how we can be a resource for them, so that’s something I’d really like to bring to it.

What motivated you to become a scientist?
Well, if I talk about when I was a little-bitty girl (in central North Carolina), it really was my great-grandmother. She loved birds and had a bird-feeding station, and that was the beginning, looking at the Golden Guide to Birds. And then I had some really important teachers in high school, who encouraged my interest in science and research and activities in high school. Having those people when you are young, those formative times, is critical, and that’s why I love being in this field is because we can be that for so many young people.

So you’re a fan of the STEM approach to education?
I’m a fan … but I’m also a fan of melding a lot different types of curriculum, making it multidisciplinary. One of my favorite programs I’ve ever done is taking a book called My Side of the Mountain—I was fascinated by it (as a child)—and creating an entire week-long day camp around that. We sent the book to the kids early, they read the book and then they came to camp, and every day we were doing activities based on what happened in that book. So we’re bringing in science, literacy, natural science and history, all those things combined so they get a full multidisciplinary approach.

Will the natural climbing routes be reopened to the public?
I’m not sure yet. I know a lot of that is an insurance-based issue, it’s a liability issue, obviously. But there’s a lot of great interest. I can’t tell you what will happen yet, but I know there’s an interest in getting it back open.

What role will you play in fundraising?
As an executive director, that’s a good chunk of what you do. You’re there to make sure the entire organization can run and meets its needs. It’s very early days yet, but I know the board is interested in growth and forward motion, and that requires money.

Is Ijams facing any current financial difficulties?
As far as I know, no. Again, it’s early days for me but as far as I understand and can tell, Ijams is very well structured financially. They are comfortable, they have what they need, and things are good. But obviously to move forward and do bigger and better things, you need more resources.

Do you believe that conservation and environmental education enjoy bipartisan support?
Absolutely. The important thing we have to understand about environmental education is that we’re not telling people what to think. We’re giving them good information, and good foundational work, and they make their decisions based on that. Our job is to share with them good science, and let them make their decisions. That’s never political when you do that.

Are you looking forward to more of an urban lifestyle?
Knoxville’s got that vibe these days. I’m amazed at the changes in just the last eight years. It’s got a real great feel right now and it’s exciting to see that, and be a part of it.

I am. That’s actually something that drew me to this. I lived in a very rural place for a long time, and I’m looking forward to the social aspects that come with being in more of an urban area.

Are there opportunities at Ijams for partnerships with TVA, Oak Ridge National Laboratory and the University of Tennessee?
I think that’s something we’re gonna have to really look at, and really start thinking about, strategically. There are already so many partnerships at Ijams. The Urban Wilderness is so exciting to see. There are already some things happening with UT, but I know the staff is interested in more,  and that would be fantastic. In my mind, you can never have enough partnerships.

What do you think your biggest challenge will be?
Getting to know the organization really well, and the staff, and the community. I’m a big believer in servant leadership, and understanding the needs of the staff, so I can elevate them in ways they can do their best work and feel their best being there.