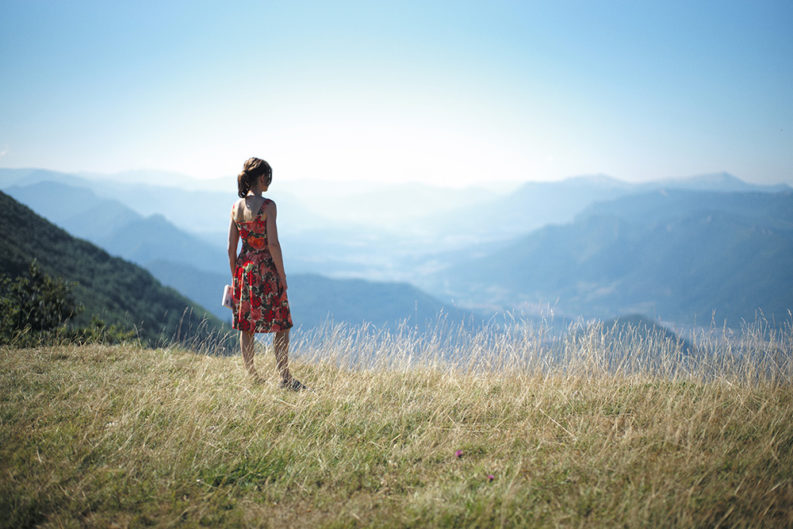 “Time marches on never ending/Time keeps its own time.”

Those are the first lines of “Finally,” the best-known single by house-music producer Sandy Rivera, which I first heard in French filmmaker Mia Hansen-Løve’s 2014 film Eden. These lyrics could provide an apt review of that film—one of my favorites of the current decade—which follows a semisuccessful DJ named Paul over years of almost but never quite making it. By the end of Eden, Paul’s dream has fully expired. There’s nothing left for him but the march of time.

Things to Come, Hansen-Løve’s latest movie—for which she won the Best Director prize at last year’s Berlin Film Festival—is, like Eden, about time moving on. But unlike Eden, whose young protagonist’s dreams fade over time, Things to Come is about a woman in her 60s, suddenly released from all of her responsibilities to find she has nothing but time.

That woman, a philosophy professor named Nathalie, is played with profound care and insight by Isabelle Huppert, who has received rapturous acclaim for her recent performances here and in Paul Verhoeven’s Elle. Within a short period, Nathalie, an accomplished, composed woman in a 25-year marriage, with two grown children, loses everything that once meant something in her life: Her husband leaves her, her mother dies, book contracts fall through, and favorite students graduate.

Nathalie has learned to define herself through her responsibilities and the people she loves. She’s forgotten, as we all do, that few of those things were ever permanent. As a teacher, she embodies structure, but now every sense of structure in her own life is gone. She takes refuge with a favorite former student at an anarchist commune, but finds that she’s outgrown their rhetoric; the only revolution that interests her is inspiring students to think for themselves. For the first time in her life, as she notes to that student, she knows true freedom.

Huppert’s performance deserves the praise it has earned. It treads the delicate line between recognizability and believability—we recognize Huppert, but we believe she is someone else. Huppert has not undergone any massive loss or gain of weight, employed facial prosthetics or computer wizardry, affected an accent, or feigned a disability. Her acting isn’t based on extremes or histrionics; it never announces itself as a great performance. Its confidence lies in nuance.

Many of the film’s most powerful moments follow Nathalie alone, often moving from place to place, by foot, car, bus, and train. She is defined as a character as much by the literal action of moving herself as she is by her reactions to other people. We see her crying on the bus, walking through the mud to find better cell service, warding off the unwelcome advances of a stranger at a movie theater. It is in these moments that we get a better sense of Nathalie than in scenes of obvious conflict or crisis; we watch as she adapts to the immediate challenges that life presents and forges a new identity alone. She, like time, must keep moving forward to survive.

Each detail of Nathalie’s very presence is performed with precision, her back ever so arched, her stride ever so determined. But there’s a subtle precariousness to her actions, as if her entire being is on the verge of tipping over. She sets her cat’s carrier on the very edge of a chair, or places a pot haphazardly on a stove, and somehow, through force of will or cosmic coincidence, everything stays. Her life is unmoored, every bit of structure she once held onto gone out to sea, but nothing comes undone.

Even when the people we know—even when we ourselves—leave our mortal shells, one last vestige of structure remains: time itself, the only thing dependable enough to set your watch to. As Huppert and Hansen-Løve instruct, time may move slowly, but it moves nonetheless, always coming forward, no matter our age or station. Time marches on, never ending.