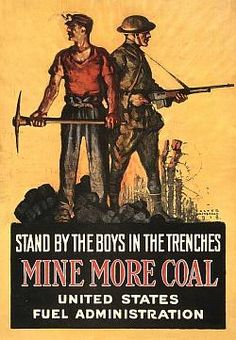 Opponents of a proposed surface and underground coal mine just east of Clairfield in Claiborne County say the operation would harm water quality, despoil resurrected forests and represent a setback in efforts to wean the world off fossil fuels.

“The future is in clean energy,” Florence Paquet said at a public hearing last week at the Tennessee Department of Environment and Conservation field office in Knoxville. The state convened the hearing as part of the water-quality permitting process for the first phase of the Cooper Ridge Mine, which would loom some 1,000 feet above Clairfield in the Valley and Hurricane creek watersheds.

TDEC will accept comments on the mine through Saturday; for more information go Here.

The site has been mined before. Kopper Glo Mining LLC wants to “remine” the area via a 424-acre surface mine and a 260-acre underground mine.

According to documents included in the permitting packet, biologists have determined that many of the waterways in the area are already degraded via past mining practices, and none are considered particularly robust streams.

The company would store runoff from construction and mining operations in 22 separate sediment basins before discharging the wastewater into various natural waterways and wet-weather conveyances, adhering to the standards of its National Point Discharge Elimination System permit.

But Paquet and others who spoke at the hearing — many of whom were supporters of Statewide Organizing for Community Empowerment (SOCM, which had its origins in fights with the coal industry) — said there remains a risk of contamination to area springs and wells should wastewater systems go awry. The mine’s sediment basins would cover 44 acre-feet, with an emergency crest of 129 acre-feet.

The current hydrology of the area would likely be permanently altered, by Kopper Glo’s own admission. At the conclusion of the mining operation, reclamation efforts — not required by law during some of the area’s historic mining activities — would ensure “historical or natural drainage patterns will be restored to the extent possible,” the company wrote in its permit application.

Kopper Glo plans to extract some 336,000 tons of low-sulfur coal per year from the surface and deep mine. It says it would provide up to 85 jobs paying an average salary of $50,000 per year, more than double the median household income in nearby Clairfield. The Claiborne County unemployment rate is about 4.9 percent, though much higher in nearby areas.

The mining company maintains 3.5 additional jobs are created by each mining job, and tax revenues would provide an additional $913,000 to Claiborne County coffers each year.

Kopper Glo already operates two surface mines and one deep mine in the area.

The state offered this assessment of the project ahead of last week’s public hearing:

Look for details on the proposed mine in an upcoming edition of The Knoxville Mercury.