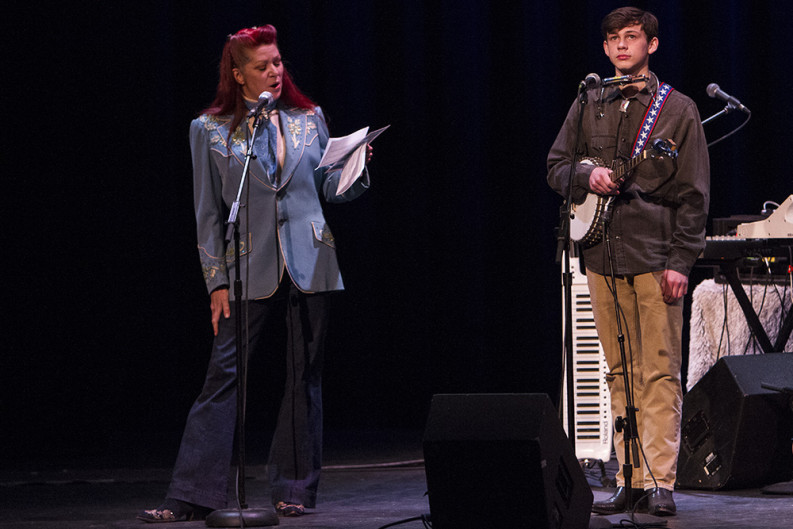 For more than a decade, six days a week, all year long, WDVX has broadcast an hour of live music, performed in front of an audience, on the Blue Plate Special lunchtime show hosted by Red Hickey. It’s the only show like it we know of—a modern-day tribute to Knoxville’s old live country-music radio broadcasts from the 1940s, ’50s, and ’60s, like the Mid-Day Merry Go Round. Country, or at least country-ish music is still the main focus, but the Blue Plate Special recognizes no strict genre boundaries. You’re as likely to hear jangly indie pop or beefy electric guitars as traditional country or old-time music.

The series began in 2004, not long after WDVX moved its headquarters from an old camper on a hilltop near Clinton to the Knoxville Visitors Center on Gay Street. Over the last 12 years, the Blue Plate Special has hosted performances by the Avett Brothers, Old Crow Medicine Show, Nickel Creek, Sturgill Simpson, Chris Stapleton, and St. Paul and the Broken Bones, among many other notables.

But the series, one of downtown Knoxville’s distinctive attractions, will take a break this winter during renovations to the Visitors Center. Starting on Jan. 2, the Visitors Center will move its operations into a temporary building in the parking lot next door. The Visitors Center is scheduled to reopen on Friday, March 3, with Blue Plate Special performances resuming then.

A series of WDVX Blue Plate Special Road Shows are planned during the hiatus. You can also check out WDVX’s two other live-broadcast performance series: the weekly Tennessee Shines concerts on Wednesday nights at 7 p.m. at the Jig and Reel in the Old City (admission is $10) and the 6 O’Clock Swerve, hosted by Wayne Bledsoe from Barley’s Taproom and Pizzeria on Thursdays at 6 p.m. (admission is free).