From the Top: The Most Memorable Classical Music Performances of 2016 - The Knoxville Mercury 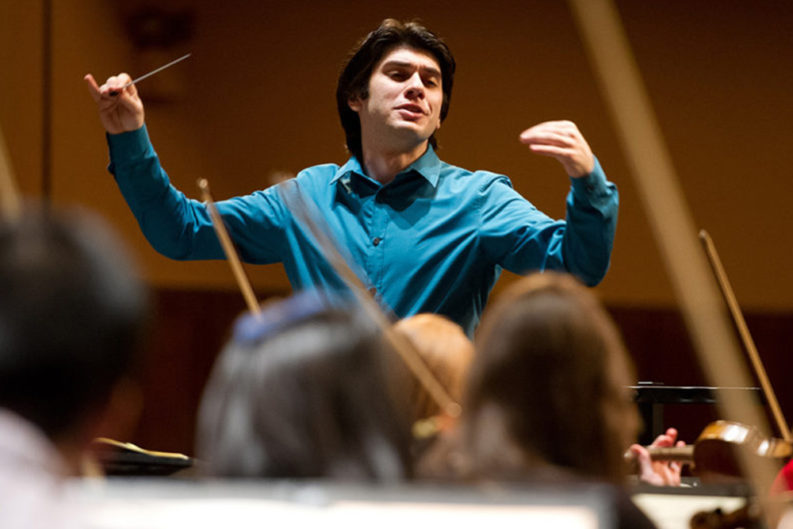 In the introduction to my most memorable list for 2015, I wrote about the “explosion in the variety of classical-music performances as well as the emergence of new performers and ensembles.” That continued in 2016, but with several added twists, not the least of which was the installation of Aram Demirjian as new music director for the Knoxville Symphony Orchestra. The year also saw the introduction of a community participation ensemble, Scruffy City Orchestra, as well as a novel approach to production by Knoxville Opera with its multi-venue take on Puccini’s Tosca. And, the 2016 Big Ears festival revealed yet another dimension of Knoxville’s diverse music identity, blurring categories and opening eyes and ears.

Here, then, are my 2016 picks for most memorable classical music performances and performers.

Most Memorable Orchestral Performances
With half of 2016 dedicated to the audition concerts for KSO’s next music director and the other half to the transitional first season of Demirjian’s tenure, this category had some obvious complexity. Nevertheless, I have chosen three KSO performances, listed here in chronological order.

Despite the anxiety of a January weather scare and the subsequently smaller-than-usual audience, Demirjian’s audition concert, with works by John Adams, György Ligeti, Max Bruch, and Beethoven (Symphony No. 7), had an energetic wildness that, even if not completely intentional, was truly impressive.

KSO candidate Eckart Preu led his February audition concert with works by Richard Strauss, Mozart, Jennifer Higdon, and Prokofiev. In my review, I noted that “conductor and orchestra had developed a unity of purpose, a chemistry, that took the performance to another level.”

Most Memorable Concerto Soloists
Violinist Phillipe Quint contributed substantially to Demirjian’s January concert with Max Bruch’s Violin Concerto No. 1. From my review: “[T]he second Adagio movement carries the Romantic heart of the concerto where Quint’s judicious balance of lushness and melody was poignant and striking.”

KSO’s Concertmaster Series wowed its audiences with a January performance of Dvorak’s Piano Quartet No. 2 with Gabriel Lefkowitz, Class, Gawne, and Bryenton.

Most Memorable Operatic Performances
Knoxville Opera’s April production of Tosca drew acclaim in two ways: its novel scheme of using separate, nontheatrical locations for each of its three acts and a sensational cast. Jonathan Burton, as Mario Cavaradossi, soprano Kerri Marcinko, in the title role of Floria Tosca, and baritone Scott Bearden, as Baron Scarpia, made the experience all the more memorable.

An excellent fall grouping of two one-act operas, La Divina and Gallantry, with only minimal sets and props, made it clear that Marble City Opera deserves its chamber/contemporary niche in Knoxville’s arts scene.

Most Memorable Contemporary Music Performances
The Big Ears Festival continued to push the diversity of the music scene into new territory. KSO’s stunning festival performance of John Luther Adams’ Become Ocean was a definite marker for the future.