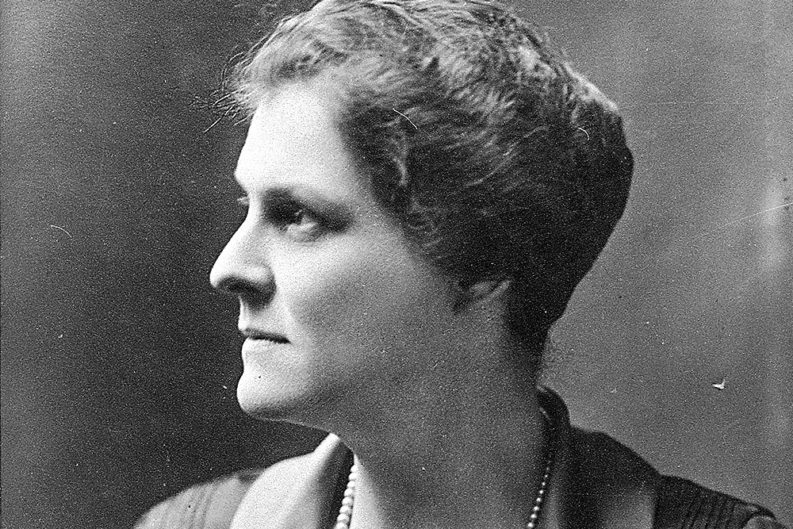 For history students like you, the Season offers a few other occasions to celebrate.

Christmas Eve is the 179th birthday of Henry Gibson (1837-1938), one of the most interesting congressmen ever to represent Knoxville’s district. The Maryland-born Union veteran moved to Knoxville in 1866. A Republican, he became a prominent judge and author of books about law before serving in U.S. Congress for 10 years. In 1904, he was the best-known survivor of the horrific New Market Train Wreck, which killed about 70. At that time, he dropped out of politics altogether and began writing epic poetry, creating a fantastical booklength poem called The Ban of Baldurbane. He and his wife, Frances, who was also a poet, are memorialized near the entrance to Old Gray Cemetery.

Christmas Day is the 259th birthday of English-born Thomas Hope (1757-1820), Knoxville’s first architect. Although he lived and worked in Charleston, S.C., for a time, his two best surviving works are in Knoxville, where he finally settled—Ramsey House off Thorngrove Pike, and States View, a private residence visible from Peters Road in West Knoxville.

Dec. 27 is the 152nd birthday of Clay Brown Atkin (1864-1931), a very successful manufacturer. The C.B. Atkin Co. claimed to be the world’s largest wooden-mantel business. Atkin had multiple other business interests, including the once-famous Atkin Hotel, and was involved in the establishment of both the Bijou and Tennessee Theatres.

Dec. 27 is also the birthday of Annie Davis (1875-1957), who became a state legislator in 1925, Knoxville’s first woman elected to public office. That fact in itself would be worth commemorating. However, she’s more broadly known as the Mother of the Great Smoky Mountains National Park. Born in Louisville, Ky., she was a Bryn Mawr alumna who came to Knoxville with her industrialist husband Willis Davis in 1916. She and Willis had been traveling to the new western national parks when she made the proposal that the Smokies should get similar treatment. Her resourceful husband advanced the idea, and during her time as a state representative she promoted important legislation to make it happen.

The day before New Years Eve, Dec. 30, is the 115th birthday of artist Beauford Delaney (1901-1979). Born in East Knoxville, Delaney showed artistic talent as a boy at Austin High, and found work as an apprentice at artist Lloyd Branson’s Gay Street studio. Branson helped send Delaney to art school, and by the 1930s, he was well known in New York, where he became known for his portraits of leading black figures. After his move to Paris, Delaney became known as one of the world’s greatest black abstract expressionists. His paintings were the subject of a recent retrospective in Paris.

Jan. 8 is the 172nd birthday of William Yardley (1844-1924). Raised as a free black, Yardley worked as a teacher in West Knox County before becoming one of Knoxville’s first black attorneys. He served on Knoxville’s first fire department, and became a justice of the peace. In 1872, he was elected alderman. A popular speaker throughout his life, Yardley startled the establishment in 1876 when he ran for governor of Tennessee.