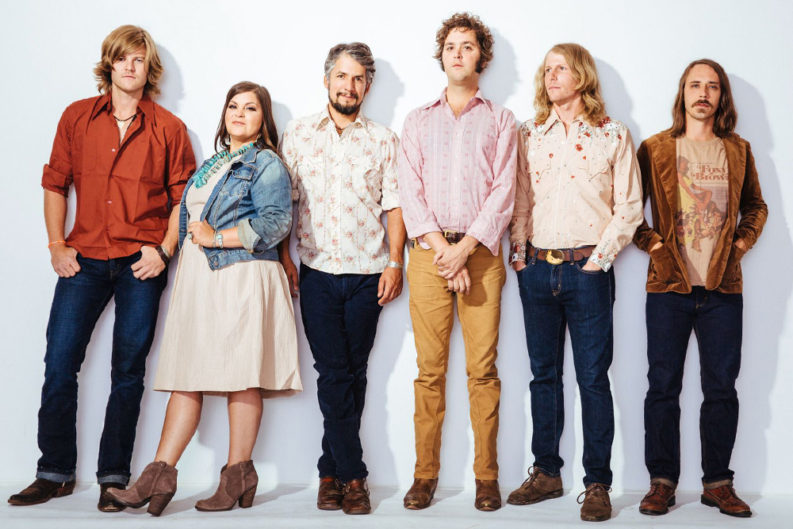 With 200-plus shows, the theft of tens of thousands of dollars in gear, and lineup changes on the horizon, 2016 has been an eventful year for the Black Lillies—and the pace doesn’t seem to be slowing down any time soon.

Songwriter/frontman Cruz Contreras is used to the unexpected, though. The bandleader has learned to thrive despite the constant change—which is a good thing, considering that pedal-steel guitarist Jonathan Keeney and vocalist Trisha Gene Brady, two of the band’s key members, will be leaving the group in the new year.

“You know, for the past two years, we’ve had continuous lineup changes,” Contreras says. “That’s nothing new as far as the band’s concerned. It’s been an evolving project ever since the first record, really. New Year’s Eve will be Trisha and Jonathan’s last hometown show. And our guitar player, Dustin Schaefer, has already started working on his solo project. There are five of us in the band who are all going to start pursuing solo projects in addition to playing together. It’s exciting.”

The Lillies’ New Year’s Eve show at the Mill and Mine kicks off a fresh set of shake ups for the band, which released its fourth album, Hard to Please, in October 2015. A departure from the Americana act’s previous three LPs, the album’s bold, soul-tinged sound earned it a spot on the Americana Music Association’s Top 100 Albums of 2016 and inspired write-ups in Rolling Stone, Billboard, and Vanity Fair. But for the band members, who have steadily toured and released albums since the beginning, the success feels more like a natural progression than an unexpected breakthrough.

“It’s our fourth record, so in one sense, we’re building on what we’ve done in the past,” Contreras says. “With each record, we potentially have more fans. We have more people to check out the music, pass it along, and share it with others. Hopefully we’ve proven our craft over the years.”

As for why the record has resonated with a larger audience?

“It’s certainly one of those things that’s not for me to decide,” Contreras says. “I don’t know if it just means more people are listening to it, or if it’s better, or if it’s just different. We hired a producer [Ryan Hewitt] for Hard to Please, so it’s different sonically. And we definitely have a bigger team than we had in the beginning. In the beginning, there was no team. It was like, ‘Here’s the record in the palm of my hand.’”

More people are definitely listening. The current lineup of Contreras, Brady, Keeney, Schaefer, Sam Quinn, and Bowman Townsend continues to fill larger venues, with fans from across the country turning to social media to praise performances and request tour stops. By having its New Year’s Eve show at the 1,200-capacity Mill and Mine, the band hopes to pack in as many people as possible.

“It’s a big night for us,” Contreras says. “You know, in 2017, the Black Lillies are going to have some new members. So it’s a big step. I really think it’s important that everyone is in the moment and makes the most of this night. We have fans nationwide that are travelling to be a part of it. It’s an opportunity we have, sharing our music, for people to come together and really celebrate the things we have in common.”

In addition to lineup changes, 2017 will also mark a first for the Lillies—an overseas tour. Starting in February, the band will hop between Sweden, Norway, the Netherlands, and the U.K. for a month-long series of shows.

“It’s something we’ve been aiming to do for years,” Contreras says. “For a band like us that’s independent, it’s certainly not easy to do on our own. We’ve been looking for the right booking agent over there who’s looking to take a chance on us. It’s really just timing.”

According to Contreras, the band will be promoting Hard to Please, which has received some airplay in the European market.

“In all of our years of touring, we’ve certainly met people in the States from [Europe] who have asked us to come,” he says. “We’ll definitely have a welcome reception.”

Between touring, publicity, and spending time with his son, Contreras says he’s been working on new material.

“I’m taking baby steps. It’s kind of a great position I need to put myself in where I can get back to the time and energy to focus on creating.”

But regardless of what 2017 brings, Contreras says that his main focus is—and continues to be—the Black Lillies as a band, which he hopes will resonate with fans on New Year’s Eve.

“We’ll certainly have some guest artists,” he says of the New Year’s performance. “But at the same time, I really want to focus on the Black Lillies. You know, our band has years of experience, and I want to make sure that it’s a priority that we do our thing. I think it’s a great way to put a cap on this year. It’s a good way to show our hometown fans—all of our fans, really—what we’ve been up to, and say thank you for everything.”