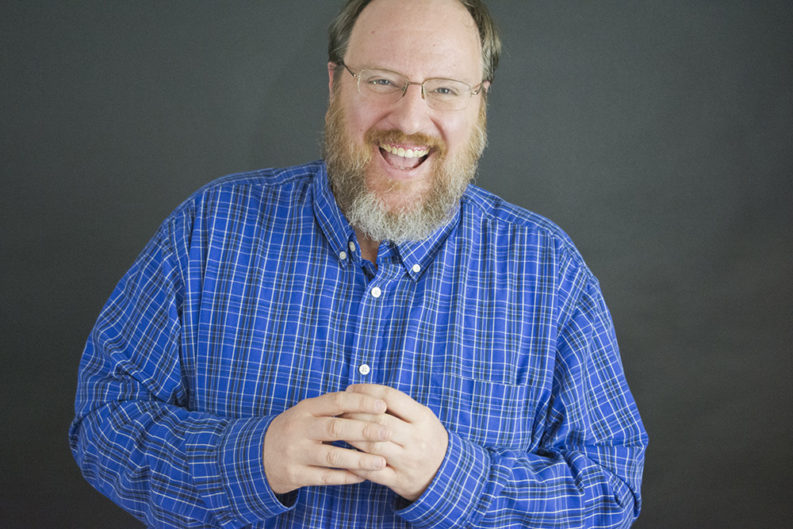 When faced by the imminent collapse of civil society as we know it (or at least the federal bureaucracy), laughter may not be the first response most people think of—but it could be one of the more productive.

Soon after the election of reality TV star Donald Trump as president of the United States of America, New York comedians Jenn Welch and Emily Winter decided to be proactive: They immediately started planning a three-day benefit to support the American Civil Liberties Union. That idea quickly mushroomed into the national What a Joke comedy festival, taking place during Inauguration Day Weekend with shows in 29 cities—including Knoxville.

As soon as he heard about the effort, local comedian/RainShine Comedy talent booker Shane Rhyne jumped in and started assembling comedians for a potential Knoxville show. He was hoping to find enough local volunteers for a one-night event; instead, he’s been able to amass over 40 comics from five states and five venues to participate, and he’s still working to add more. That puts Knoxville on the What a Joke comedy map alongside larger cities such as Chicago, Atlanta, Boston, and Oxford, England (where former Knoxville comedian Matt Chadourne is stationed).

Sponsored by the Mercury, the What a Joke festival takes place Thursday, Jan. 19 at Pilot Light and Pretentious Glass Co. and Friday, Jan. 20 at the Central Collective, Ironwood Studios, and Modern Studio. (More days and venues may be added.) Tickets are $10-$25; advance tickets go on sale Friday, Dec. 16, at whatajokeknox.bpt.me. A schedule will be announced at WhatAJokeKnox.com.

Why did you want to produce a Knoxville show for this national event?
The results of the election showed me that much of the progress we’ve made as a society over the past decades was in a very real danger of being rolled back. I was impressed by how so many Knoxvillians immediately reached out to each other after the election in an attempt to find ways to organize and support each other through channels such as Facebook groups, public forums, and even informal lunch gatherings at places like Yassin’s.

The opportunity to include Knoxville in this national event gave me a chance to be proactive about my own desires to support an organization like the ACLU, who will certainly be on the front lines of protecting individual liberties over the next four years. I don’t have a lot of skills to offer to the fight, but I do know how to tell jokes and I know others who also know how to make people laugh. So, here we are.

Why do think so many comedians are drawn to this cause?
I can’t speak universally for every comedian on this, but I think the most likely reason is because we know how this cause affects each of us personally. Comedians often find their voice in amplifying what makes them different from the rest of the herd, whether that means talking about issues relating to their race, gender, sexual orientation, religion, and socio-economic background, among other things. No matter where you landed on those spectra, for many people—comedians included—the past campaign seemed like a constant attack on your status as an equal citizen. You’d be hard-pressed to find a comedian who doesn’t want to jump in and show support for the First Amendment and the civil liberties that spring from it. Without it, we wouldn’t have the freedom to talk about the emperor’s clothes, or red golf hat, would we?

Will this be a political comedy show—or a comedy show with politics?
Actually, there’s no requirement for political content for any of the shows during the festival. Some comedians on the lineup rarely, if ever, discuss politics directly on stage. My priority was to find comedians who are funny no matter what subject matter they tackle.

So, you’ll find a variety of styles at each show. Some comics will have political bits, some won’t. The goal for each night of the festival is to unite everyone in laughter. I’ll tell each comedian, “If you can make people laugh with a good joke about the Smoot-Hawley Tariff Act of 1930 or your latest Tinder date, have at it.”

Won’t Donald Trump’s presidency provide comedians with at least four years of material?
I’m sure a Jill Stein administration would have been non-stop hilarity in its own way, but I’d rather find ways to crack wise about George W. Bush’s lack of familiarity with the English language than to craft jokes about the dismantling of the Voting Rights Act. It seems like the stakes are higher this time. But, yes, I have hopes that four years from now as we’re living in our caves, telling stories by the fire, we will be able to tell our fellow survivors a few good rib ticklers to take our minds off the other worries of the day. And, as a comedian, I’ll say to myself, “Well, it was worth it, then.”

Is there a team of comedians preparing for Trump’s inevitable attack Tweets?
I hadn’t thought of that. We probably should be prepared for it. I can’t think of anything better than him sitting alone in the corner of some ballroom on Jan. 20 angrily tweeting at us, oblivious to the pomp and circumstance of the Inaugural Ball taking place all around him. Also, it would probably up my follower count, which would fulfill my need for personal validation.

What do you hope the festival will achieve?
First and foremost, I hope the festival will raise a bunch of money for the ACLU. I suspect they’re going to need it over the next four years. Second, I hope it will provide an opportunity to use laughter to build community, so people who are legitimately scared or frustrated by the turn of events our election brought, will find others who will agree to stand with them in the days to come. And, finally, perhaps selfishly, I hope it will serve as a way for people who enjoy comedy to discover they can enjoy it beyond watching it on Netflix at home. We are blessed to have many talented comedians working and living in a day’s drive radius of Knoxville. Here’s your chance to get to meet about 40 of them and let them make you laugh for an evening or two while also throwing your support to a worthy cause.