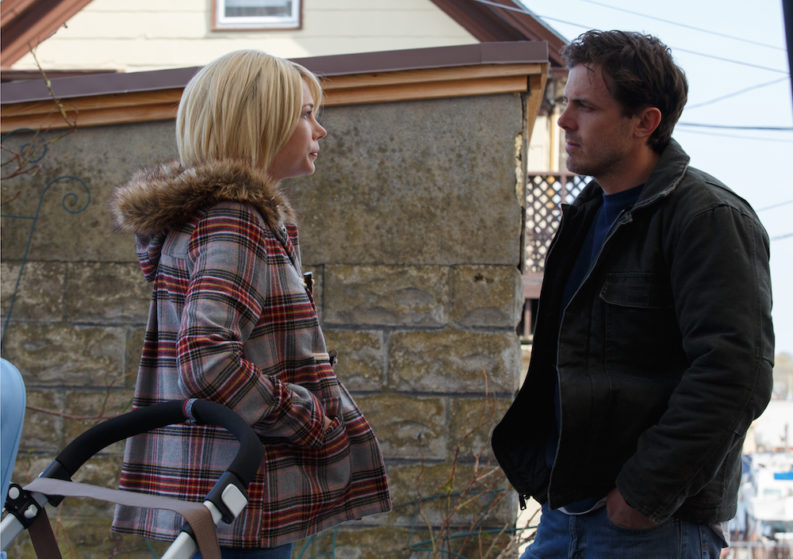 When life hands you lemons, you should get yourself an orphan. That’s the saying, right? Or at least it’s the Hollywood convention. It helps if you’re completely unprepared for the emotional and logistical demands of parenthood, and if the orphan you secure is wise beyond his years and mouthy. It hardly matters how you get him; dead relatives are the most reliable suppliers, or you can simply select one from a nearby orphan repository. Install orphan, wait 90 saccharine minutes, and you’re good as new.

Most of those conventions are thankfully upended in Manchester by the Sea, the marvelous new drama from writer-director Kenneth Lonergan. Both devastatingly sad and laugh-out-loud funny—sometimes in the same, wondrous beat—it’s a master class in the kind of character-based storytelling that earned him so much attention for his first film, 2000’s You Can Count On Me. Bolstered by a trio of great performances, Lonergan’s third feature is a deeply humane, engrossing movie that, even at two hours and 17 minutes, leaves you wanting to spend more times with its characters.

Manchester hinges on a career-best performance by Casey Affleck, who plays a surly Boston janitor/handyman named Lee Chandler. When we first meet Lee, he’s tooling around Massachusetts Bay with his brother, Joe (Kyle Chandler), and Joe’s young son (Ben O’Brien); it’s a bright, warm(ish) day, and the three are laughing and happy. The story quickly jumps forward, and it’s clear that Lee isn’t the same person he was then. Now he spends his days unclogging toilets and shoveling snow for a succession of tenants—tasks that will feel Sisyphean in hindsight, as the film’s layers are gradually peeled back.

Lee’s Spartan existence is interrupted by a call from home, where his brother has been felled by congestive heart failure; by the time Lee makes the hour-and-a-half drive to the North Shore fishing village of Manchester-by-the-Sea, Joe has died. The real surprise comes at the reading of his will, when Lee learns that Joe has made him the legal guardian of the now-teenage Patrick (Lucas Hedges). Lee balks at the responsibility, and much of the story’s forward motion comes from his faltering attempts to parent the boy, who has clearly deferred his grief by throwing himself headlong into teenage pursuits: playing hockey, practicing with his awful post-punk band, and making exhaustive efforts to get it on with his two girlfriends.

The real meat of the film, though, is Lee’s backstory, which is revealed in jarring, piecemeal flashbacks that might leave you stumbling to keep up until a rhythm emerges. As Lee struggles to sort out Patrick’s future, he’s also forced to confront his own tortuous past. It’s best to know as little as possible about why Lee is the way he is; suffice it to say that life has dealt him a blow so awful it might be described as unimaginable, had Lonergan and his cast not imagined it (and rendered its consequences) so vividly.

Perhaps in a larger city Lee could find solace in anonymity, but that’s not an option in Manchester. The tragedy that haunts him has become part of the town’s modern mythology to such an extent that he can’t walk down the street without someone whispering, “That’s the Lee Chandler!” The film offers no judgment of Lee or his actions—he, like nearly anyone who has endured a life-altering tragedy, has done plenty of that for himself, and Affleck packs the character’s painful history and constant self-recrimination into every gesture and glance. It’s a performance that’s always in various stages of assembly and deconstruction as layers are peeled away and then replaced. Just as remarkable is Michelle Williams as Randi, Lee’s ex-wife, who will forever be tied to him, and cut off from him, by the ordeal they suffered. She isn’t the film’s heart, but the scalpel that exposes it.

It might be unbearably maudlin if it weren’t for Hedges, who frequently pivots scenes with a perfect, wiseass delivery, and Lonergan’s knack for finding absurdity in even the most harrowing moments. The film’s tone is tough to pin down, making for an unusually affecting experience. It’s a cliché that’s borne out by life: Sometimes it really is hard to tell whether you should laugh or cry, so you end up doing both.