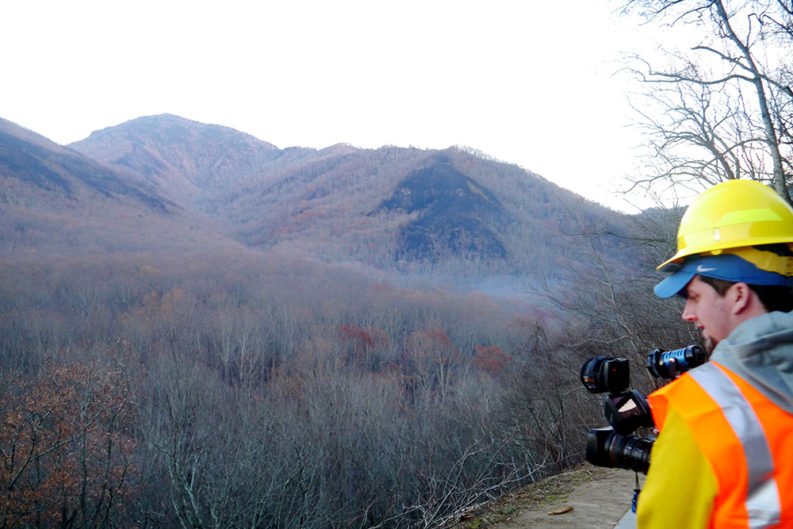 Two juveniles face charges in connection with last week’s fatal fire in the Gatlinburg as firefighters wind down their mission in Great Smoky Mountains National Park and the city prepares to reopen to the general public for the first time since Nov. 28. Aftermath: Gatlinburg’s Residents, Workers, and Leaders Try to Recover From Last Week’s Inferno.

Those involved in cleanup following last week’s 18,000-acre should take precautions against ash inhalation and exposure.

The Tennessee Bureau of Investigation announced the arrests Wednesday. The unidentified juveniles are charged with aggravated arson following an investigation by state and federal law enforement. The investigation continues.

Here’s the TBI release in its entirety:

“An investigation by Special Agents with the Tennessee Bureau of Investigation, National Park Service, Bureau of Alcohol, Tobacco, Firearms and Explosives (ATF) and the Sevier County Sheriff’s Office has resulted in charges being placed against two people in connection with the deadly wildfires in Sevier County.

“Last week, at the request of 4th District Attorney General James Dunn, TBI Special Agents began working alongside the National Park Service and ATF to investigate the wildfires that began last month. During the course of the investigation, information was developed that two juveniles allegedly started the fire. Today, a petition was filed in juvenile court charging the juveniles with Aggravated Arson. Both were taken into custody and transported to the Sevier County Juvenile Detention Center. At this time the investigation is active and ongoing.”

Meanwhile, the city will reopen to the public Friday morning. Area property owners and renters were able to return home on Wednesday, and they were urged to expect dangerous conditions in the area and protection themselves from exposure to potential toxins.

“Ash from structure fires can contain hazardous materials.  Tips for cleaning up ash include:  To avoid spreading ash in the air wet down ash before attempting removal or use a HEPA-type vacuum cleaner to clean dust contaminated surfaces. Do not use leaf blowers, a shop vacuum or wash ash into storm drains. Ash can be placed into garbage bags or other containers that prevent it from being disturbed.  You may want to wear an N95 face mask to protect exposure to ash particles and wash exposed skin thoroughly afterwards.

“For more information about ash cleanup and other potential hazards: https://www.cdc.gov/disasters/wildfires/cleanupworkers.html,” according to a joint release from the park service, county and city.

Those returning to the burn areas should also be alert for stray animals, which could be stressed, hungry and potentially dangerous. They should also keep in mind food safety and ensure they consume no spoiled or tainted food.

For information on the overall recovery effort, go to www.mountaintough.com.