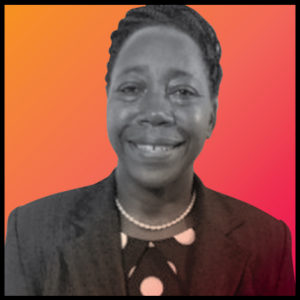 People who help refugees resettle in Knoxville met Thursday and tried to plan how to calm fears and prepare for conflicts in the wake of last month’s presidential election. While this was only one aspect of the Bridge Refugee Services quarterly meeting held at Cedar Springs Presbyterian Church, it permeated the conversation.

Bridge helps refugees, approved by the U.S. government after an arduous and often years-long process, establish themselves in East Tennessee and integrate into its culture. The non-profit, which is funded through federal dollars and donations, is projecting that it will help resettle 245 people during fiscal 2017. (Just since Oct. 1, it has already helped 59 refugees, the majority from the Democratic Republic of Congo and Iraq.)

Executive director Drocella Mugorewera told the group that Bridge doesn’t know what changes to expect in the federal refugee resettlement program under President-Elect Donald Trump’s administration. She noted that Bridge has welcomed a flood of new volunteers to help refugee families since Donald Trump was elected president.

This was one of the public meetings Bridge holds each quarter to report back to the community and gather feedback from volunteers, partnering organizations, the city, Knox County Schools, the Knoxville Police Department, and the state Department of Human Services.

Mugorewera said in an interview beforehand that some Muslim refugee women asked her after the election whether it was unsafe for them to continue wearing their head coverings. She told them to express themselves freely, and she shares her hope that Trump’s actions will be more measured than his rhetoric once he digs deeper into policy.

“The Mayor’s declaration that we are in a welcoming city had a big impact,” Mugorewera told those who attended the meeting. Mayor Madeline Rogero posted on social media a few days after the election: “I want to encourage everyone to remain calm, continue your daily lives, go to work and go to school. Knoxville will remain a welcoming place for all who have chosen to make their homes here.”

Mugorewera told the group that current challenges for Bridge include a lack of enough access to English classes in East Knoxville, and the need for more employers to help highly-trained professionals get back into their field of skilled work. One Iraqi refugee spoke about how he had abandoned his career in sales and marketing to flee with his family after U.S. troops pulled out; his company had been supplying them with water, and threats were made against him once the Americans were gone. Now he works an entry-level job but desperately wants to use his real skills.

A big challenge remains the high level of anti-immigrant sentiment in the wake of the election of Donald Trump, who campaigned on promised to “ban Muslims” and “build a wall” between the U.S. and Mexico. In some parts of the country, immigrants and Muslims were physically or verbally attacked by Trump supporters after the election, although there have been no high-profile examples in Knoxville.

A Bridge handout stated, “Many of those who have been impacted by these acts of hate have already experienced horrendous discrimination and violence in their lives… Immigrants, seeking a better life and opportunity for their families, have been labeled as criminals and unworthy to be in this country,” acts which “go against our key values as Americans and fly in the face of our founding beliefs that all men are created equal.”

John Morgan, who works in the Safety and Education Unit for the Knoxville Police Department, fielded questions such as whether the department offers incentives to officers who earn a foreign language. (There is no direct pay raise as there is for earning a bachelor’s degree, he said.)

Others asked about how the department is training its officers to interact better with people who aren’t white, given the many high-profile examples of police shooting unarmed black men in the United States during the last 18 months.

People questioned whether refugees would be afraid to call the police, between the election and their experiences with police as oppressors in their home countries. Morgan said he would pass along the suggestion of designating a special police liaison for Bridge and the refugees it represents.

Some participants shared moving experiences of how immigrant children reacted after the election. Sharon Cate, who is the English Language Learners supervisor for Knox County Schools, said some kids came to school visibly scared.

“The children are concerned for their parents, and that is sad,” she said. “They ask, ‘Will my dad be sent away? Will my older brother be sent away?’” She said some principals made a point to visit these classrooms to emphasize to the kids, “You are welcome here. You are safe here.”