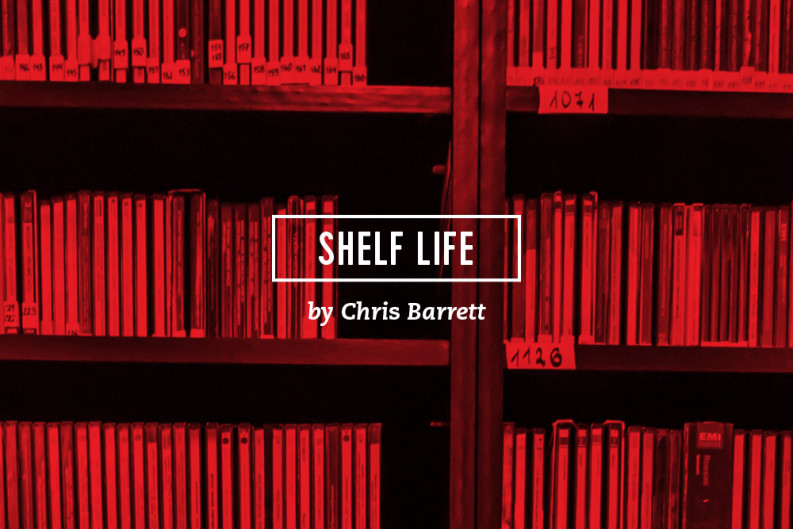 Susan Slept Here (1954)
Here’s an old-fashioned Technicolor charmer back on the market just in time for the holidays. Decide for yourself whether the plot is racy or ridiculous: In order to keep an almost-innocent out of jail over Christmas, two vice-squad buddies deposit a female juvenile delinquent (24-year-old Debbie Reynolds, persuasive enough as a 17-and-a-half-year-old) with screenwriter Dick Powell so he can observe her as source material. Powell and his gang decide that the only way protect the kid’s honor is for him to marry her for the holidays, crash at a hotel, and have the marriage annulled post crisis. Anne Francis plays Powell’s spoiled and panicking fiancé, with whom Reynolds toys gleefully. Director Frank Tashlin came to film following a career in kids’ books and cartoons, so he’s more able than many to present a series of silly events that seems fine and fun while it’s careening along but makes no sense once the dust settles. And Susan is a great refresher in midcentury wardrobe and décor, back when the word excess was a compliment.

My Golden Days (2015)
This is a very pretty film, and that may be the best reason to watch it. French teen romance is still teen romance and, beautiful as they are, Paul (Quentin Dolmaire) and Esther (Lou Roy-Lecollinet) age more like white wine than red. Neither is much improved by time. But their lives intersect over decades and continents and what they do best is pine poetically in lovely settings for that certain something that their prolonged flirting, courtship, and reciprocal conquests contained in abundance and their present always seems to lack. My Golden Days is a prequel to director Arnaud Desplechin’s 1996 My Sex Life … or How I Got Into an Argument. Both films make great use of great music, and both films make great use of the actor Mathieu Amalric as fully grown, if not fully matured, Paul. Amalric may be French cinema’s last living Gauloise poster boy.

Norman Lear: Just Another Version of You (2016)
There is a sweet scene in this documentary where Rob Reiner refers to a photo of his parents, Carl and Estelle, posing with Mel Brooks and Anne Bancroft and Norman Lear with his wife, Frances. “These people,” says Reiner, “were responsible for most of what made you laugh during the second half of the 20th century.” The characters who populated Lear’s prime-time television portfolio from the 1970s—All in the Family, Maude, Good Times, The Jeffersons, Mary Hartman, Mary Hartman, etc.—came to life in response to turbulent times and tread all sides of the treacherous cultural battle lines that were constantly being drawn and redrawn. You might think that these comedies would go over the heads of viewers born after the war in Vietnam and the Cold War and the ill-fated Equal Rights Amendment, but that has not been the case. It’s a new century but, sigh, every family still has at least one Archie Bunker, lovable bigot, and at least one Maude, who’s going to call him or her on it. Lear—humble, sharp, and lively going on 95 years old—and his collaborators recount the challenges involved in creating that work and discuss why it’s still vital and worthwhile.

Punch-Drunk Love (2002)
One of Paul Thomas Anderson’s most moving early efforts and Adam Sandler’s first non-knucklehead role, Punch-Drunk Love is an endearingly realistic rebuff to the overdone fairy-tale rom-com template. People who belong together are often pushed toward each other by happenstance. But the obstacles to happiness are routinely minimized or ignored in the Hollywood run of the mill. Sandler’s Barry Egan is damaged goods to begin with, after growing up the lone male in a houseful of seven sisters. (Please don’t ask how I know this can ruin people.) Prone to violence and emotional instability, Barry hates himself and his life and is completely unequipped to comprehend fondness and romantic affection when it is offered by Lena Leonard (Emily Watson). His life skills are for crap, and it is a frustrating joy to watch him struggle with first-time feelings. It’s like watching a chimpanzee teach itself origami or something. Anderson’s view of life in this film is generous and romantic. Using guns, emergency rooms, predatory thugs, and, again, sisters, he reminds you and Barry and Lena of the many terrible things that may happen but spares you the interference and pain that would come from experiencing them just now. This newly released Criterion edition would make for a great date movie—and might help you determine whether or not you and your date have a future together.