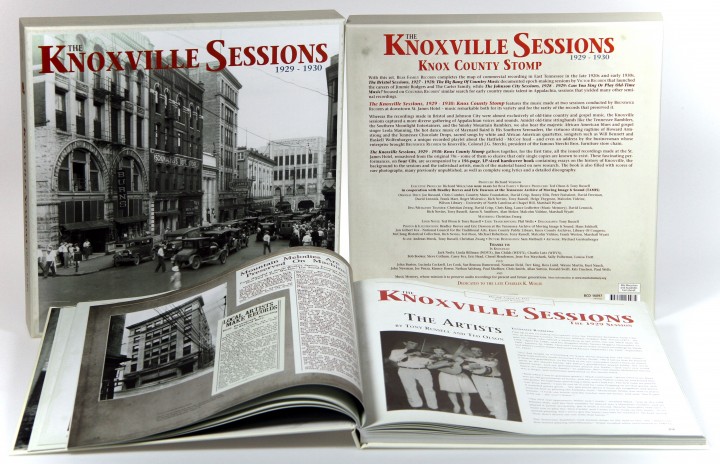 We knew it was a big deal, back in May, when the German reissue label Bear Family released the four-CD box set Knox County Stomp: The Knoxville Sessions, 1929-1930. The exhaustive set collects more than 100 tracks recorded at the St. James Hotel and other locations in downtown Knoxville during the tail end of the first great era of commercial sound recording.

The sessions, for the Vocalion and Brunswick labels, were notable for the variety of music they produced, from hillbilly and blues to jazz and even a dramatic account of the Hatfield-McCoy feud. But the records disappeared almost as soon as they were released—the onset of the Great Depression led to a collapse of the music business. The sessions remained something of a mystery in Knoxville until the box set was released; Knox County Stomp features a detailed hardbound book with recording details, photos, profiles of the artists, and a lengthy history of Knoxville’s music scene at the time.

Now the rest of the world is acknowledging the significance of the box set. Ted Olson and Tony Russell have been nominated for a Grammy Award for Best Album Notes for the Knox County Stomp book. Olson, a professor of Appalachian studies at East Tennessee State University, also wrote the notes for Bear Family box sets of similar sessions in Bristol and Johnson City. Russell is one of the world’s foremost experts on the history of country music. Many of the documents and imagery used in the book came from Bradley Reeves and Knox Mercury contributor Eric Dawson at the Tennessee Archive of Moving Image and Sound.

Olson and Russell are competing against Mikal Gilmore, who wrote the notes for The Complete Monument and Columbia Albums Collection, by Kris Kristofferson; Rob Sevier and Ken Shipley, for their notes on the New York punk collection Ork Records: New York, New York; Ken Bloom and Richard Carlin, for their notes on Sissle and Blake Sing Shuffle Along, a 1928 recording of the Broadway classic Shuffle Along; and Richard Martin, for Waxing the Gospel: Mass Evangelism and the Phonograph, 1890-1900.