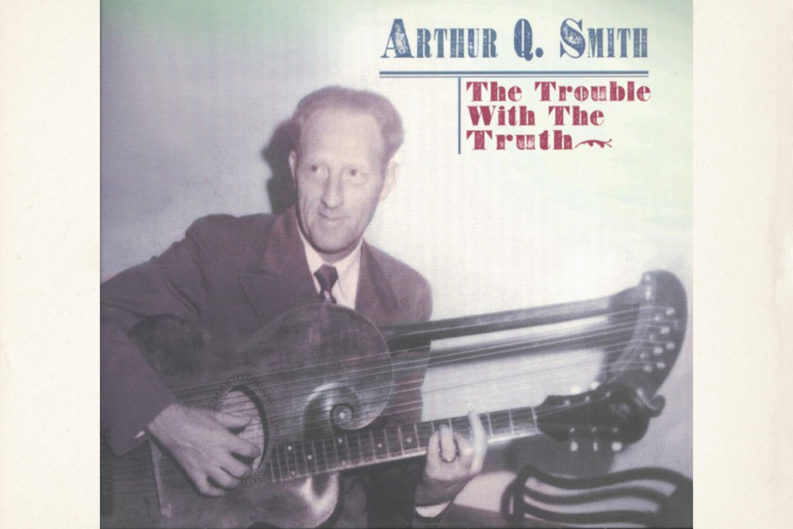 The life of Arthur Q. Smith could be a country-music song. The gifted and deeply troubled Smith saw some of the biggest country stars of the era—Roy Acuff, Hank Williams, Ernest Tubb, the Stanley Brothers, Bill Monroe, Don Gibson, Kitty Wells—turn his songs into hits in the late 1940s and early ’50s. Among his songs are familiar gems like “Wedding Bells,” “Rainbow at Midnight,” and “Missing in Action.” But Smith rarely got credit—or royalties—for his work.

Smith sold the rights to almost every song he wrote for next to nothing, $10 or $25 or less, often to pay a bar tab at his favorite hangout on the corner of Gay Street and Jackson Avenue. Smith finally had a hit with his name on it when Ricky Skaggs’ version of “I Wouldn’t Change You (If I Could)” was a number-one single in 1983—20 years after Smith had died.

For decades, Smith has been a little-known tragic figure in Knoxville’s country-music history. But he’s getting the star treatment this month, when the prestigious German reissue label Bear Family releases Arthur Q. Smith: The Trouble With the Truth. It’s a two-CD set featuring original recordings by classic country’s most recognizable names and demos recorded by Smith, accompanied by a 120-page booklet. The booklet contains an introduction by Marty Stuart (“I hereby nominate Arthur Q. Smith to be inducted into the Songwriters Hall of Fame—it’s long overdue”), dozens of photographs, and an exhaustive essay written by Bradley Reeves and News Sentinel music writer Wayne Bledsoe.

“The whole story is Knoxville and Knoxville’s huge contribution to country music history, which is sometimes overlooked, and how many of the early hits were produced by this one man,” says Reeves, a cofounder and former director of the Tennessee Archive of Moving Image and Sound. (Much of the material in the new Bear Family set comes directly from TAMIS.)

Smith was born in Georgia in 1909 and spent his childhood in Kentucky. He moved to Knoxville in the 1930s to work in the burgeoning music industry with WNOX. By the late 1940s, though, Smith’s alcoholism had made him unemployable. He set up office at the Three Feathers Sandwich Shop, a beer joint on Gay Street, near the WNOX studio. He’d spend hours there, writing songs that would later be hits, and sell the rights to musicians passing through town, their managers, or to Leonard and Helen Shersky, the owners of the Three Feathers.

“He just churned them out, one right after the other,” Reeves says. “To pay his bar bill, he’d sell these songs to the Sherskys—sometimes 50 percent, then he’d go back and do another 25 percent until he’d sold the whole song.”

Reeves says Smith was one of the definitive songwriters of his era. The Bear Family set, he argues, is an opportunity to give Smith credit and to acknowledge Knoxville’s contributions to early country history in general.

“Don Gibson always called it the Knoxville sound,” Reeves says. “If you listen to the music of the 1940s and ’50s, that’s what it is. It hearkens back to the earlier days, to the older mountain melodies. It’s really hard country, and that’s what was selling on the Nashville record labels.”

After working as a guitarist in the WNOX Mid-Day Merry Go Round band and later as a booking agent for the station, Smith spent time as a staff songwriter for King Records and for Acuff-Rose, the publishing house in Nashville. He was also, for a brief period, Hank Williams’ manager. But his side deals and his drinking interfered with regular work. He died in a hotel room on Vine Avenue in 1963.

“As creative as he was, he needed a business manager,” Reeves says. “He was totally inept at controlling his own affairs. That’s the sad part. The man drank from beginning to end. His son said he couldn’t even write a song unless he was drunk. And that’s a trap to be in.”

Arthur Q. Smith: The Trouble With the Truth will be available online and at Raven Records and Rarities in Happy Holler. Reeves and Bledsoe will both appear at a release party for The Trouble With the Truth at the Emporium Center (100 S. Gay St.)—across the street from the site of the old Three Feathers—on Friday, Dec. 9, at 6 p.m. Also on hand: Jesse McReynolds, of Jim and Jesse, who will perform with the Barstool Romeos, Larry Odom, Jack Cate, Nancy Brennan Strange, and Steve Horton. TAMIS will screen film footage of Smith. Admission is free.