Fire on the Mountain: Inside East Tennessee's Wildfires - The Knoxville Mercury 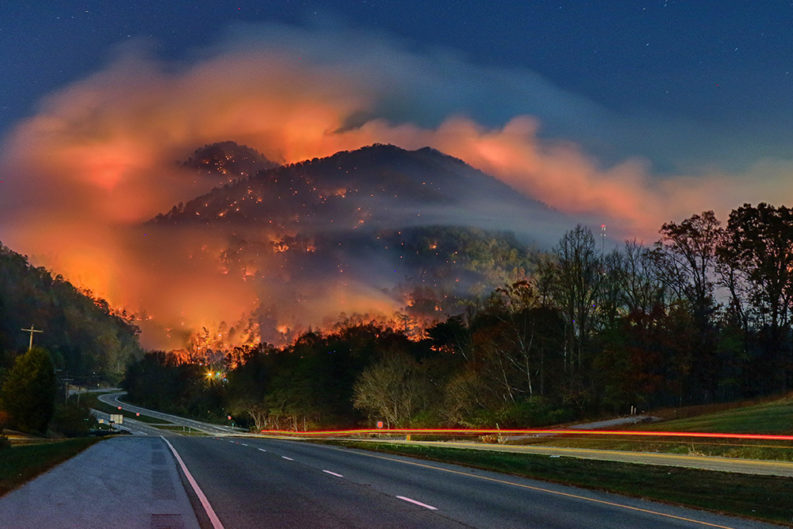 Months of East Tennessee wildfires spread choking smoke and pushed firefighters to their limits, but they turned out to be a mere prelude to what happened in Sevier County on Monday. Fed by strong wind gusts, fire engulfed Gatlinburg and hemmed in Pigeon Forge. Great Smoky Mountains National Park indicated on social media that the fire had spread from the Chimney Tops fire that had started last week inside the park. Gatlinburg and parts of Pigeon Forge were evacuated, and about 1,300 people were in shelters by Tuesday morning. Media reports indicated about 150 homes had been destroyed as well as major hotels and tourist attractions. Emergency responders were still battling at least 30 structure fires at press time. By Tuesday afternoon, four significant injuries but no fatalities had been reported to the Tennessee Emergency Management Agency. Great Smoky Mountains National Park closed all facilities after rescuing 29 backcountry campers.

• Élan Young, who experienced the wildfires in Walland firsthand, tries to convey what’s it’s like.