Arrowmont School of Arts and Crafts: Not Destroyed in Fire - The Knoxville Mercury 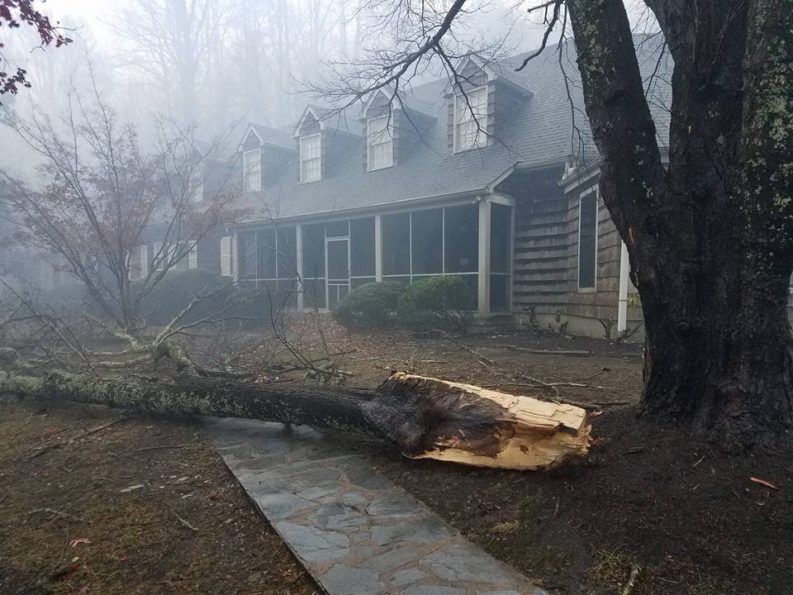 On Tuesday morning, social media and a couple of news outlets claimed that Arrowmont School of Arts and Crafts was “destroyed.” The news horrified those who value regional heritage, even if it was not that surprising, considering it’s on the edge of a forested hill and its buildings are built mostly of wood.
But according to longtime executive director Bill May, who worked with firemen on Monday night trying to protect the buildings, only a couple of Arrowmont buildings sustained serious damage. A large dormitory burned to the ground. However, most of the campus, including the dozen oldest buildings—and the 1923 “Old Red Barn,” which one report claimed was destroyed—are intact. You can see current photos of the campus and status reports from May at his Facebook page.
The Arrowmont began as a national female “fraternity’s” charity project, a “settlement school” for educationally disadvantaged mountain people more than a century ago, even before the national park existed. At the time Pi Beta Phi arrived, Gatlinburg was a tiny cluster of practical businesses, known only to farmers and loggers who used it for practical purposes. One way Arrowmont’s students were able to augment their income was by learning to make authentic mountain crafts for tourists, who had just begun showing up in Gatlinburg looking for souvenirs.
As conditions for local residents improved, Arrowmont redirected its mission and evolved into one of the nation’s leading schools for teaching arts and crafts, from the simple to the sophisticated. Artisans and students from throughout the country come to Arrowmont for weeks or months, to perfect their skills.
The century of Arrowmont’s unusual story has resulted in what might resemble a rustic, tree-shaded college campus, barely beyond the glare of Gatlinburg’s tourist attractions. Its wooden buildings are among Gatlinburg’s oldest, dating from as early as 1916, with several built in the 1920s, ’30s, and ’40s.
Featured Photo: Arrowmont Staff House, courtesy Bill May